Hannity calls out Democrats over 'breathtaking' hypocrisy on inflammatory rhetoric 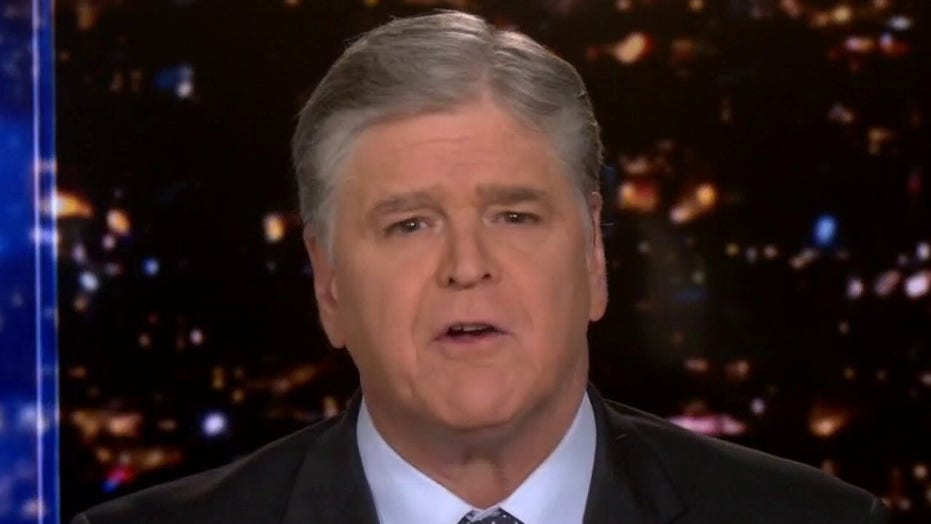 Hannity calls out Dems over ‘breathtaking’ hypocrisy on violent rhetoric

The “Hannity” host played a montage of Democratic officials who took a very different approach when it came to violence against Republicans throughout Trump’s term of office.

Among those featured was Rep. Maxine Waters, D-Calif., who famously said she threatens Trump supporters “all the time,” and encouraged incivility in 2018 when she urged liberals to harass members of President Trump’s administration if they dare to show their face in public.

“If Trump is now guilty of inciting an insurrection … then there are dozens of others that should be held to the same standard,” Hannity said.

The host later referenced the attack on Republican lawmakers who were practicing for the Congressional Baseball Game in 2017. The mass shooting, carried out by a Bernie Sanders supporter, seriously injured House Minority Whip Steve Scalise, R-La.

“I did not blame Bernie Sanders on this program,” Hannity recalled. “I went out of my way not to blame him for the fact that one of his supporters was violent against those people.”

However, the host later added, “if the new standard is set by the Democratic Party, all of the people you just heard would be guilty of inciting insurrection based on their own words that they presented today.”