Hannity: Texas election lawsuit is 'an uphill battle', but 'it's right on the law' 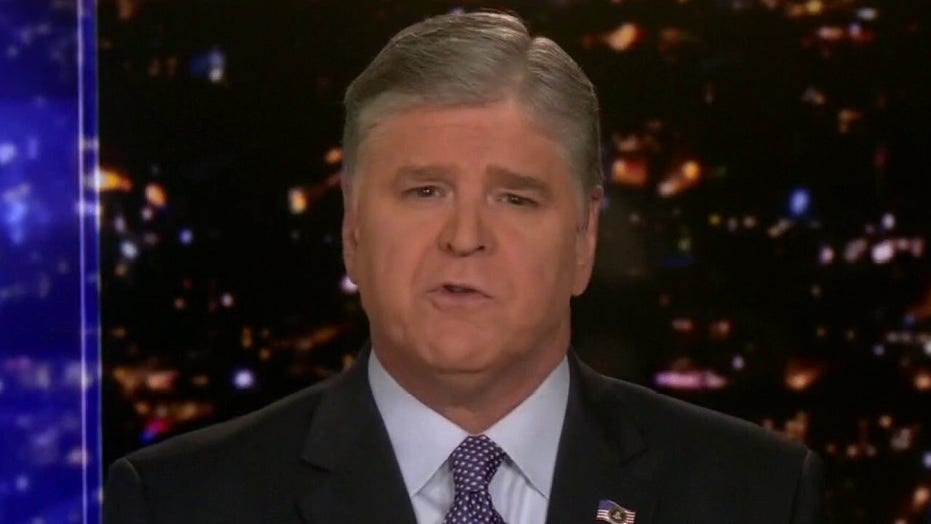 Earlier in the day, the attorneys general of Missouri, Arkansas, Utah, Louisiana, Mississippi and South Carolina filed to officially join the state of Texas as a party to the case. The Trump campaign filed a similar motion earlier Wednesday.

"These six attorneys general are not going to waste their valuable time, their limited resources to sue other states without a legitimate cause and case," the "Hannity" host insisted.

Hannity then noted a pair of polls which found that more than three-quarters of Republicans believe the election result was impacted by "widespread voter fraud."

"We are not dumb. We're not blind. We can see the entire thing stinks to high heaven …" the host said. "We know that very specific election laws … were totally and completely and utterly ignored [in] Georgia, Pennsylvania, many other battleground states. [They] just decided to change things on their own … Other laws [were] changed in the middle of the game, all of which are unconstitutional without any state legislative approval, which is required by, yes, that document known as the Constitution."

Hannity then called on state legislatures to "get your houses in order, especially … in Georgia.

"We've got these two key Senate runoffs," he warned. "You cannot — Georgia, please do not take your eye off this ball. I stand with you. You have a dopey governor and a dopey secretary of state. That's not important. You support President Trump, the balance of power in the Senate and all that he and you have worked to accomplish. The last four years may be hanging in the balance. Your vote matters."

Turning back to the Texas lawsuit, Hannity admitted to viewers that the legal fight is "an uphill battle."

"But this lawsuit is real. It's the real deal," he said. "It's right on the law, it's right on the Constitution. It deserves to be heard, and they offered plenty of remedy and opportunities for the states to do their constitutional duty, follow the law and get this right."

Related posts:
Hot News
Oaktree, BlackRock Are Among YPF Creditors Organizing
Washington Tense as DHS Chief Quits, FBI Warns of Armed Protests
Brilliant SIM-only contract gets you UNLIMITED data for just £13 a month
Asian Markets Mostly Lower
Trey Gowdy roasts 'reckless buffoon' Swalwell for likening Trump to Usama bin Laden
German finance minister on what he's learned from pandemic
Michigan Ex-Governor, Other Officials Face Jail Over Flint Water
Recent Posts
This website uses cookies to improve your user experience and to provide you with advertisements that are relevant to your interests. By continuing to browse the site you are agreeing to our use of cookies.Ok