GAMING experts have created a hideous model depicting what you could look like if you don't curb your gaming addiction.

The hunched back model is called Michael and blood shot eyes and a dented skull are the least of his problems. 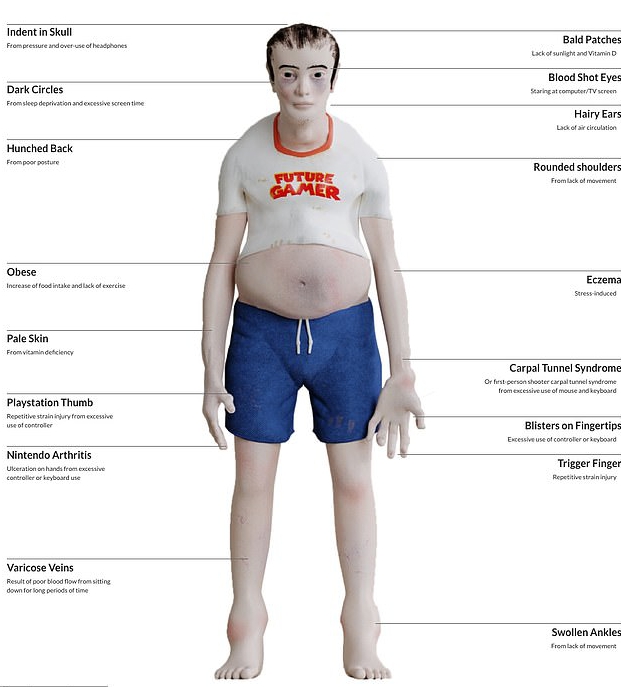 The cautionary vision of Michael was created by researchers who used data from global reports about the impact of the gamer lifestyle.

They have warned that gamers need to take better care of themselves or varicose veins and Carpal Tunnel Syndrome could be things they're afflicted with in 20 years time.

A spokesperson for OnlineCasino.ca, the Canadian site who conducted the study, said: "Everyone meet Michael, a visual representation of the future gamer.

"From sleep deprivation and dehydration, to lack of vitamin D, digital eye strain and "PlayStation thumb" — these are just some of the physical implications of spending hours online, in a gaming chair, away from sunlight and physical activity."

Here's all the health conditions highlighted by the model… 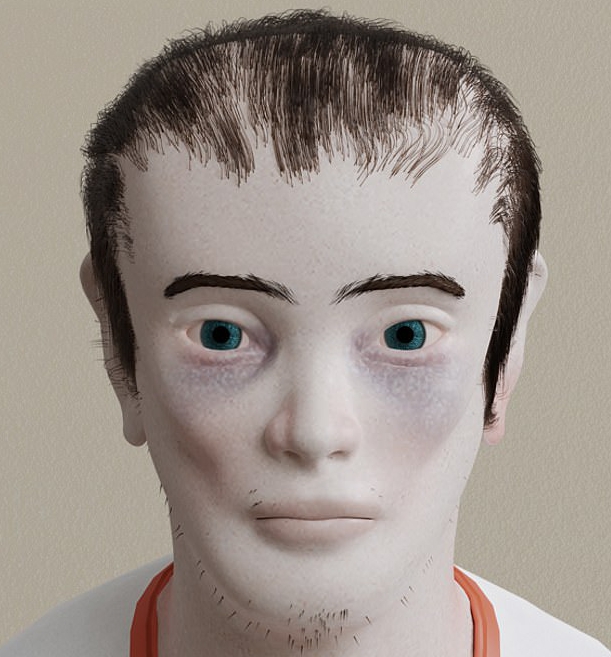 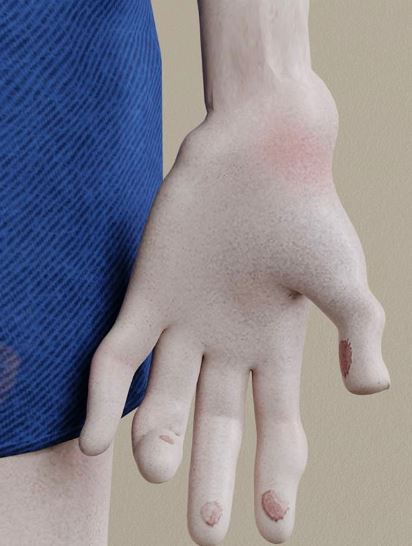 The researchers used reports from the WHO and other major health organisations to put together their 3D warning.

Luckily, the researchers also have recommendations regarding how to avoid some of Michael's issues like obesity, deficiencies and poor posture.

It's recommended that you exercise and stretch regularly.

You should take breaks to prevent eye strain and sit in a proper chair with back support.

You should also eat healthily and keep hydrated.

You can read the full findings from the study on the OnlineCasino.ca website.

Last year, scientists created a grotesque life-sized dummy to show how office workers could look in 20 years' time – thanks to hours at their desks. 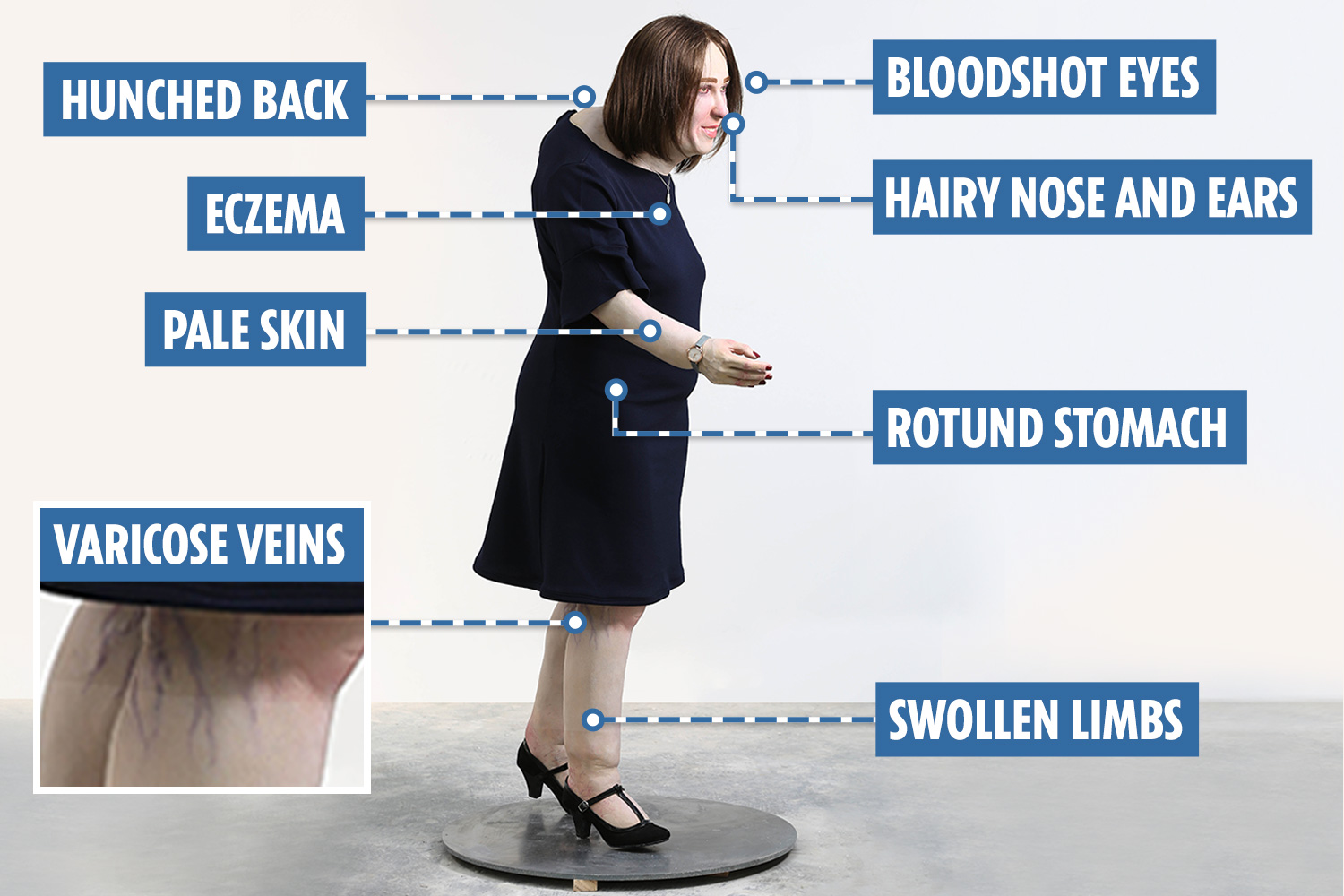 This shocking mannequin, known as 'Emma', was constructed by researchers after interviews with more than 3,000 employees about their health issues.

And the team from the report, dubbed The Work Colleague Of The Future, are now urging office workers to make radical changes to their working environment.

In particular, they have advised people take more breaks to get staff moving about.

Behavioural Futurist William Higham and a team of experts from the fields of ergonomics, occupational health and professional well-being set out to examine the effects that office workplaces are having on employee health.

In other news, you can check out your Xbox addiction over the past 10 years with the new 'My Decade on Xbox' tool.

The PlayStation 5 could be cheaper than the new Xbox when the pair of consoles hit shelves later this year.

And, we rounded up the best Sims 4 cheats.

What are your thoughts on Michael the model? Let us know in the comments…