Homes Under the Hammer: Retired buyer boosts house price by £30k despite losing a bedroom

Homes Under The Hammer: Chesterton home after renovation

Homes Under the Hammer host Martin Roberts said: “I’m in Chesterton, a small former mining village in Staffordshire, situated in the borough of Newcastle-under-Lyme. So I’m here in this popular residential area to see a kind of property that’s becoming as rare as hens’ teeth…bungalows. Believe it or not, they don’t build them anymore. So, if you want to buy one, maybe head to the auction.”

Save £100 off Shark Cordless Vacuum Cleaner

The most popular vacuum cleaner, shoppers can now save £100 off the Shark Cordless Vacuum Cleaner with Anti Hair Wrap on Very. Under £250, hurry before it sells out.

Upon entering the home, Martin showed viewers around.

He said: “We’ve got two bedrooms. Both are pretty good sizes. We’ve got a walk-in shower/toilet there.

“The living room is a good-sized space, and if you were to get rid of the cupboards in the hallway, you could free up even more space for the living room.” 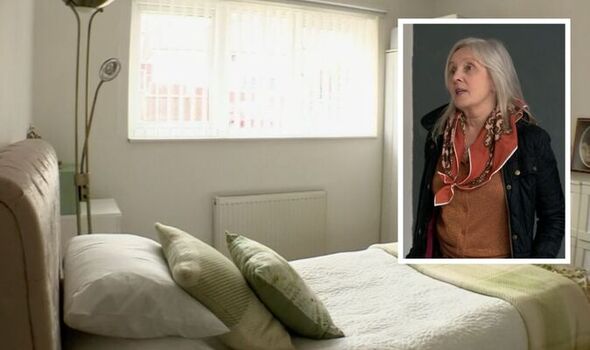 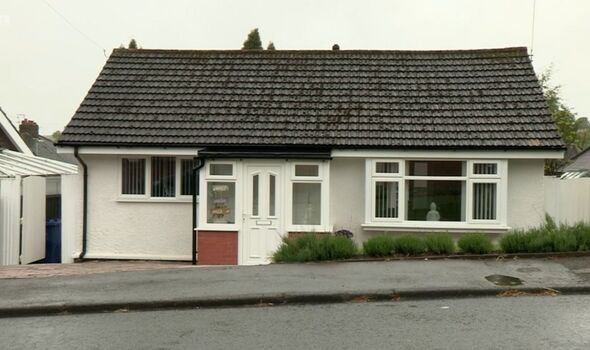 The kitchen was slightly dated and small in size.

Martin said: “What you want to do in a slightly smaller property is try and make a room or a number of rooms as big as possible and then the whole house feels bigger than it actually is.”

To the rear of the property there was a large garden with a patio area.

However, Martin did find a problem with the structural work of the home.

Inspecting the pebble dash, the property expert said the home was a nonstandard construction property, built using concrete and slabs.

While this isn’t always an issue, it can sometimes make a property unmortgageable.

Martin said this explained the low guide price and that a cash buyer would probably be the only buyer who could purchase this type of home.

He added: “It could be a real issue.” 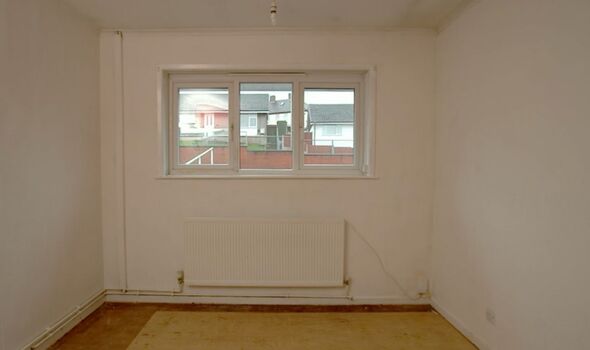 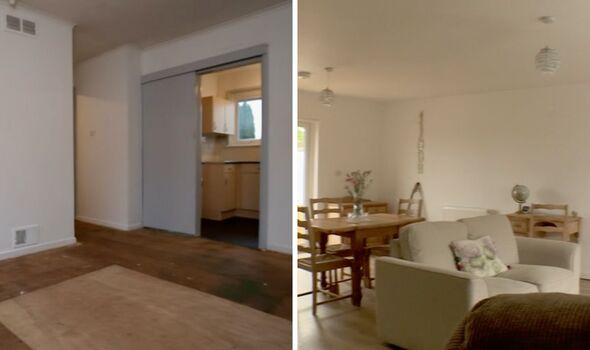 So who purchased the bungalow when it went to auction?

The successful offer of £70,000 was made by Brenda, a retired classroom assistant, who had no experience with a property project.

The reason she purchased the home was to downsize from her two-bedroom terrace house.

Brenda had lots of big plans for the property and wanted to keep it “minimalist” with “quirky” aspects to it. 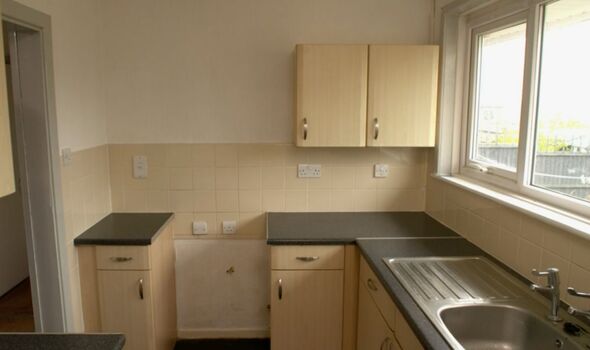 Homes Under the Hammer caught up with Brenda a year later to see the property transformation.

Inside, she had managed to create the apartment-style layout she was after.

The kitchen, dining room and living room were all open-planned with neutral colours running throughout. 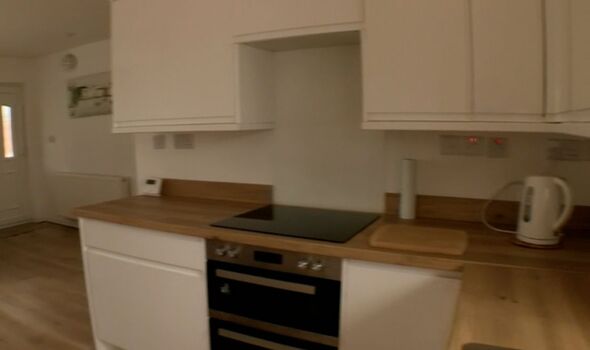 Where there were two bedrooms, Brenda had transformed the space into a single bedroom with an en-suite.

The garden had also been renovated, with new turf and a nice new decking area.

The whole home had new insulation installed as well as a new boiler.

A local property expert who visited the home before the renovation headed to the home to see the transformation.

He said: “What a transformation. It’s completely different, in terms of the layout, it’s really nice to see the use of the space, and the overall finish, to my eye, looks absolutely fantastic.

“As a one-bedroom property I would expect on the sales market to achieve somewhere in the region of £100,000.”

Brenda said: “I think it’s grossly under. One next door that’s pretty similar was valued four year ago at £120,000 and it is a desirable area to live.”

However, Brenda intends to live in the bungalow long-term.