Democrats are getting ready to tax the rich, and opponents of their proposals are responding in a time-honored way: lamenting the plight of farmers.

“Family-run businesses and farms have weathered the worst in pursuit of the American dream, and they deserve better from Washington,” Sen. John Thune (R-S.D.) wrote on the Fox News website in August.

And a faction of conservative House Democrats pleaded with party leaders in a May letter not to “hurt family farms” with new taxes and to instead “provide full exemptions for these family farms and small businesses that are critical to our communities.”

Democrats want higher taxes on corporations and wealthy Americans to offset the cost of a $3.5 trillion budget bill that would include things like monthly cash payments for parents, free community college and universal prekindergarten.

The tax proposals in question do not actually target family farms. The White House has called for higher taxes on capital gains, like the profits from buying a stock and later selling it at a higher price, for people with annual incomes above $1 million.

Capital gains currently enjoy special lower tax rates that top out at 20%, compared to 37% for regular earned income, and are a big reason millionaires can wind up paying lower taxes than regular wage earners. The richest 5% of Americans reap 90% of the benefit of lower capital gains rate, according to the Institute on Taxation and Economic Policy.

Since capital gains taxes only kick in when someone “realizes” the gain, such as by selling the stock, some people avoid the tax by holding the asset until they die, at which point the government disregards the original value of the asset ― its “basis” ― in favor of its current market value. The so-called “step up in basis” is a huge tax break; Biden wants to scrap it and treat transfers of appreciated property at death as realization events.

And that’s where the farms come in. Taxing the rich is popular, so the lawmakers opposed to it say it could hurt something that’s even more popular: the people who raise food. Eighty-eight percent of Americans say they trust farmers.

There’s not much data indicating farms would be overrepresented among the households subjected to the higher taxes, said Garrett Watson, a senior policy analyst at the conservative Tax Foundation. But family farms, which have historically struggled and are slowly disappearing, are a much more sympathetic constituency than wealthy heirs.

“Family farms are the kind of business that exist over generations,” Watson said. “They’re more likely to run into this than other businesses that aren’t multigenerational.”

Republicans have centered farms in their arguments against “death taxes” for decades, including when they watered down the federal government’s tax on big estates in the 2017 Tax Cuts and Jobs Act. (In the early 2000s, many Democrats opposed the estate tax as well.) Earlier this year, Republicans proposed totally eliminating the estate tax, which only applies to estates worth more than $23 million.

​​“Family-owned farms and ranches, like those in South Dakota, can bear the brunt of this tax,” Thune claimed in May.

Farms can bear the brunt of the estate tax, but do they? The U.S. Department of Agriculture has estimated that of the 31,394 farmers it expected would die in 2020, only 50 would leave estates valuable enough to have to pay the tax. The Urban-Brookings Tax Policy Center separately estimated there would be about 1,900 taxable estates that year. The numbers suggest younger generations of farmers aren’t the ones typically paying out “death taxes.”

“I don’t think in recorded history we’ve ever found a family who lost a farm because of an estate tax,” Rosenthal said. “This is, in my view, just a ruse.”

As for the proposed changes to capital gains, Democrats don’t want to fight about farmers and would exempt family farms entirely. The administration’s proposal would defer taxes on “certain family-owned and -operated businesses” so that taxes “would not be due until the interest in the business is sold or the business ceases to be family-owned and operated.” On top of that, Senate Democrats are considering an exclusion for the first $25 million of a farm property’s value, guaranteeing that no small farm would be affected.

But the American Farm Bureau Federation, the agriculture industry’s top advocacy group, simply ignores the proposed exemption in some of its lobbying against higher capital gains taxes. Farm Bureau President Zippy Duval wrote in a letter to congressional leaders this week that Democrats are pursuing “massive tax hikes on the farmers and ranchers who ensured our nation’s food supply remained secure during the pandemic.” 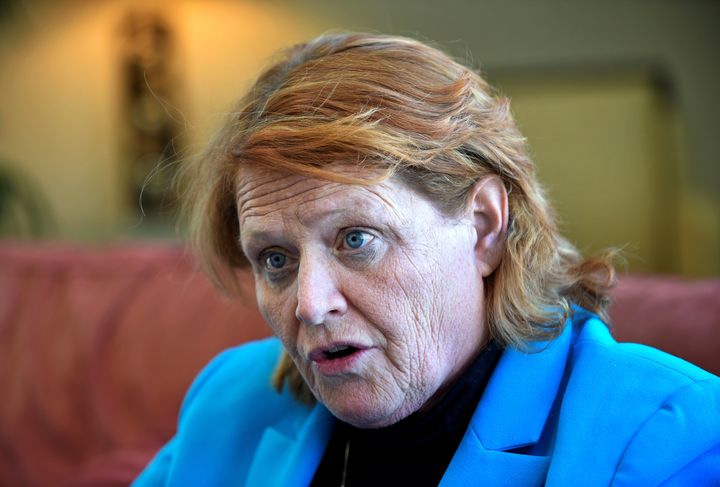 Farmers are more likely than everyday Americans to realize capital gains, the Farm Bureau has said, but a spokesman did not respond to requests for comment on how many farms might be affected by the Biden proposal, which would only kick in for taxpayers with adjusted gross incomes above $1 million in a year. (Democrats may even push that exemption to $5 million.)

Of course, it’s not just farms that care about estate taxes. Groups like the U.S. Chamber of Commerce, the Business Roundtable and Americans for Tax Reform have arrayed themselves against Democrats’ corporate and household tax increases. But people with rural bona fides are the go-to for fending off tax proposals targeting dynastic wealth. That’s why John Breaux, a former Democratic senator turned corporate lobbyist, recently recruited former Democratic Sen. Heidi Heitkamp of North Dakota to the cause.

“I’m trying to sound the alarm, both economically and politically, for Democrats that this is not a path to walk,” Heitkamp said on CNBC last week, as she joined Baucus, a fellow red-state Democrat, in blasting her former colleagues.

It’s not clear why capital gains taxes would be a losing issue for Democrats. American voters may be less familiar with the preferential treatment of capital gains, but large majorities consistently tell pollsters they’re frustrated that corporations and the wealthy “don’t pay their fair share.”