When the coronavirus pandemic broke out in 2020, analysts were forecasting billions of dollars in losses for the luxury industry as key shopping areas in the US and Europe went into lockdown, stores closed, and international travel came to a standstill, which prevented Chinese consumes, a crucial customer base, from shopping for luxury goods abroad.

The impact of the coronavirus pandemic has been unprecedented across the entire retail sector, but in the end, the luxury market proved more resilient than predicted. Total luxury sales dropped an estimated 17% in 2020 versus the 35% drop that was initially forecast, according to Bernstein data.

LVMH, Hermès, and, to a lesser extent, Kering, reported strong first-quarter results this month despite ongoing lockdowns in Europe. Bernstein analysts said in a note to clients on Thursday that this was “confirmation of a buoyant luxury goods demand environment worldwide.”

Experts say that the luxury world has fared better than expected during the time because of a series of major changes in both how the industry operates and how consumers shop: The Chinese started to shop for luxury goods at home, brands became more comfortable with going online, and new customers who were pent up for months in lockdown and unable to spend money splashed out on luxury pieces.

Many of these changes are here to stay, experts say, and we are likely to see a radically different luxury market in the next five to 10 years.

Going into the pandemic, Chinese consumers were a key customer base for luxury brands, accounting for about 35% of total spend on luxury goods globally. At that point, 70% of their spending was done outside China — on trips to Paris, Milan, and New York. When the pandemic struck, and Chinese tourism evaporated, experts expected disastrous consequences for luxury sales.

Instead, luxury sales moved to China — more than doubling in mainland China in 2020 and making Asia the top region for luxury in the global market by the end of the year.

“Local consumption has roared ahead across all channels, categories, generations, and price points,” a group of experts from Bain wrote in a report earlier this year, describing the rapid growth in China.

Headlines about Chinese “revenge spending” — or splurging on luxury goods after coming out of weeks of lockdown — encouraged brands to put more resources into wooing shoppers there. Runway shows that would have been held in Europe moved to China. Brands kicked on with store openings in Asia, while scaling back elsewhere, and doubled down on e-commerce. Some labels including Giorgio Armani and Alexander Wang bought their stores onto Alibaba’s Tmall, an e-commerce marketplace, to get greater exposure in China.

And it paid off. The number of purchases made locally reached between 80 and 85% in 2020, according to Bain. And it’s likely to continue on that trajectory: Bain experts said that by 2025, mainland China would become the biggest luxury market and represent over 45% of global purchases. 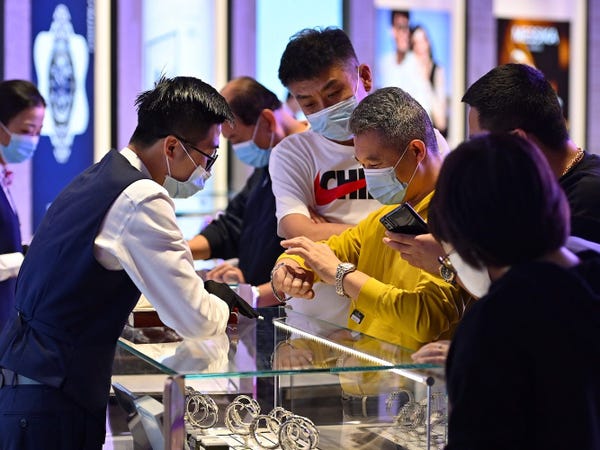 These numbers have been aided by the growth of travel retail in China, specifically in Hainan, an island off the coast of China that has become a duty-free paradise for shoppers. According to Bain, Hainan’s duty-free sales soared by 98% in the first 10 months of 2020, with shoppers flocking there to snap up better deals on luxury goods.

Online luxury sales in China also benefited from the rise of the cash-rich millennial shopper, according to Zuzanna Pusz, the head of European luxury goods at UBS. In a recent UBS podcast, Pusz said that these consumers were the generation of China’s one-child policy, so they were supported by both parents and sets of grandparents and had more money in their back pockets to splurge on designer goods. A 2019 report from OC&C Strategy Consultants, which was referenced by Jing Daily, found that Chinese consumers who are still in their teens were spending as much as $7,000 a year on luxury goods.

Online shopping permeated into almost every area of retail in 2020, and luxury was no exception. Online sales of luxury goods doubled in 2020 versus the year before as shoppers became more comfortable buying expensive items online.

This marked a significant shift for brands too. Historically, high-end brands have resisted online selling because of concerns that it could damage their brand image or the perception of exclusivity and scarcity. The pandemic forced change. 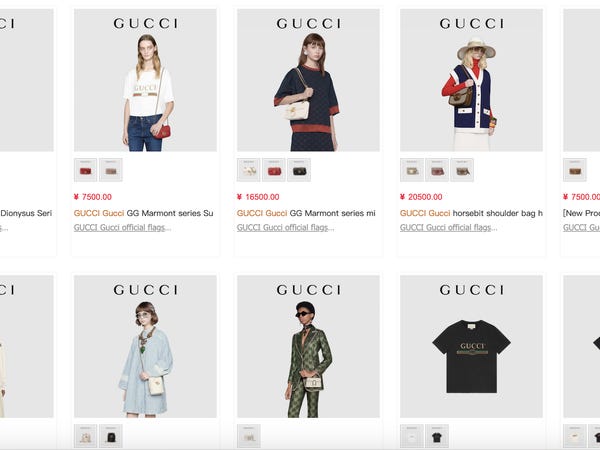 Experts say shoppers are unlikely to revert to old habits — once they’re comfortable shopping for expensive clothing online or even buying $300,000 diamonds via WhatsApp, why go back?

For this reason, experts at Bain said e-commerce would likely become the leading channel for luxury purchases by 2025, especially as the younger and digitally savvy generations rise up and become the key customer.

In an earnings call earlier this month, Jean-Jacques Guiony, the chief financial officer of LVMH — the luxury conglomerate behind Louis Vuitton and Christian Dior — said that its stores were still crucial but that it was about combining them with the online offering. 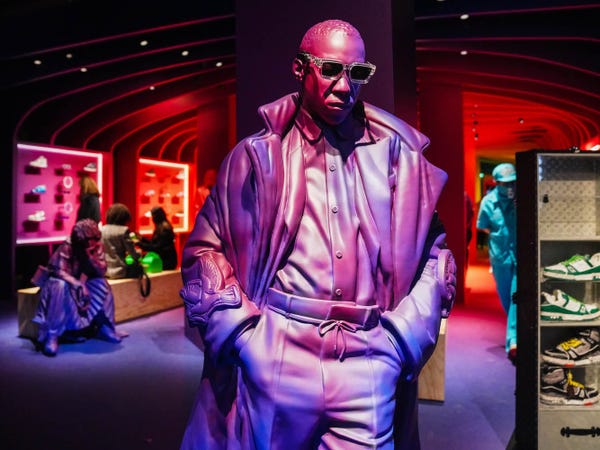 Luca Solca, a luxury-goods analyst at Bernstein, said there had also been a shift in the type of luxury goods consumers are buying.

They “have concentrated their spend on ‘must-have’ brands,” seeing items such as the Hermes Birkin bag as a source of value or an investment during unstable times, he wrote in an email to Insider this week.

Moreover, Solca said increased demand in the luxury market had been driven by larger numbers of consumers shopping at these brands. Consumers who have spent months on end in lockdown and been unable to spend money on travel or going out are splurging on luxury instead.

This has opened luxury goods shopping up to “(lower) middle-class consumers, who would normally buy luxury products infrequently,” he wrote in a recent note to clients.