“His manager assured me, right from the start, that he may not turn up on time, but when he does turn up, he nails it,” Wardley says.

“And that’s exactly what we found. We had a joke about ‘Snoop Time’, where Snoop does things at Snoop time. But at the end of the day, I have to tell you, he is a consummate professional.” 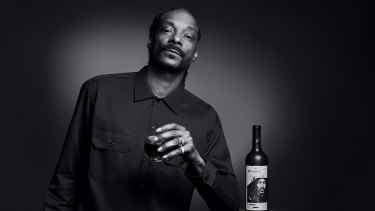 Freewheeling rap artist Snoop Dogg has been a key part of Treasury’s US success.

The Californian gangsta rapper might not seem like the safest bet for a brand ambassador to Treasury Wine Estates, one of the world’s largest and most prestigious wine companies known for its $1000-plus bottles of Grange.

Indeed, Snoop Dogg’s Instagram posts promoting the $18 bottles of red blend appear out of place next to the rapper’s other memes, selfies, and cannabis-related posts, and Wardley himself admits the company took a risk when signing on the freewheeling musician.

But the risk has more than paid off. Treasury’s 19 Crimes brand has become one of the winemaker’s most successful lines and helped cement its position in the company’s nascent, but speedily expanding, US division, softening some of the blow of China’s eye-watering 200 per cent wine tariffs.

It’s also helped Treasury move away from its traditionally middle-aged and older customer demographic and attract a raft of first-time wine drinkers, allowing the $7.4 billion vintner to uncork growth in previously uncharted waters.

19 Crimes was first launched in Canada in 2011 before moving to the US a year later and then to Australia in 2014. Angus Lilley, Treasury’s chief marketing officer, says the brand was initially an experiment to see how consumers would react to a wine without some of the typical prestige and pomp.

“One of the key facts we know is that wine consumers as a whole find the category quite overwhelming and intimidating in terms of when they’re making purchases,” Lilley says.

“So 19 Crimes was launched with the intent to really demystify the category and make it easier and, more importantly, more enjoyable for consumers.”

Some of 19 Crimes’ differences are immediately evident in the brand’s use of a black, opaque bottle and sepia labels, each featuring a photo of a convict guilty of one of 19 different crimes. The labels are also equipped with augmented reality technology, coming to life when viewed through the lens of a smartphone camera. 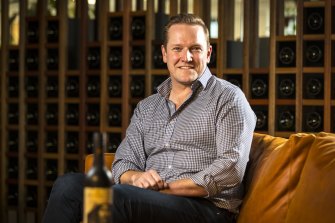 “There are a bunch of firsts we did with this brand that I think really helped separate it from the pack,” Wardley says. “It wasn’t about provenance or winery, it was about this idea … just a really good story.”

In early 2020, Snoop Dogg came on board to launch the brand’s ‘Cali Red’ variety. Initially, the company forecast “robust” sales of 125,000 cases in the first 12 months, but smashed through that milestone within six weeks. To date, Treasury has sold over 800,000 cases of the Snoop-supported blend and is currently rolling out the latest line supported by the rapper: a Cali Rosé.

“Last year 19 Crimes was the number one contributor of growth in the whole wine category,” Lilley says. “I think you can see that it’s been a runaway success.”

This success has been so meteoric that at Treasury’s strategy day on Thursday, chief executive Tim Ford joked that he regularly asked his team what the business’ “next 19 Crimes” would be, saying the brand had become a “powerhouse” of the Treasury portfolio.

Treasury’s investors agree, with Macquarie analysts labelling the recent growth of the label as “exceptional” and Goldman Sachs picking out the company’s US division and 19 Crimes as one of the key areas investors could expect to see growth in the coming years.

It’s a powerhouse Treasury was in sore need of, given the shock 200 per cent tariffs placed on its exports into China late last year, which axed about 30 per cent of its earnings.

On Thursday, Treasury revealed its US division last year reported proforma earnings of $130 million, reflecting a profit margin of 16 per cent. The company wants to hike this to between 20 and 25 per cent, largely through growth in its $10-plus premium and luxury categories, which 19 Crimes sits within.

The $10 to $30 range for wine is a “sweet spot” for Treasury, Ford says, especially for younger consumers which the winemaker has started to double down on following the loss of its older and higher-spending Chinese customers.

Lilley says brands like 19 Crimes will be the future for growth in the younger customer demographic, a cohort whose attitudes to wine are far removed from your everyday Grange drinker.

“For so many years I think the wine world, whether deliberately or otherwise, has perhaps fostered [an attitude] to some degree with some of the language, some of the serving rituals,” he says.

“Younger consumers are still willing to buy and spend money on a really enjoyable and great experience, but they want it to be just that: more enjoyable, and less stuffy and pretentious.”