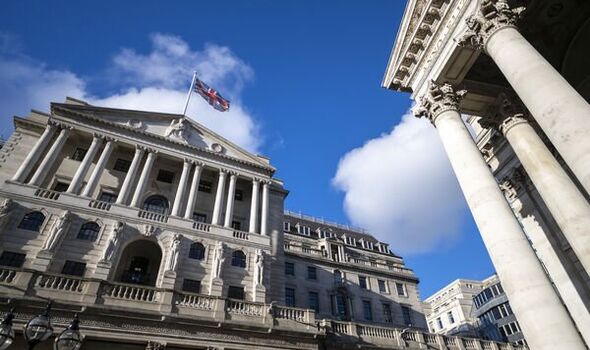 The nine members of the Bank’s Monetary Policy Committee (MPC) are expected by the market to vote unanimously for a 0.75 point increase in its base rate. It would be its seventh and biggest rate hike this year, with September’s 0.5 point increase being the largest so far.

The last time the Bank’s base rate was at 3 percent was at the height of the global financial crisis.

Although consumer price index inflation is currently 10.1 percent and forecast to rise higher, economists expect softening commodity prices, the junking of the Truss regime’s mini-Budget, and support measures such as the Government’s energy price cap to slow and reverse its growth.

That would reduce the need for MPC to keep aggressively hiking its base rate.

Pantheon Macroeconomics chief UK economist Samuel Tombs noted that MPC board member Ben Broadbent hinted earlier this month that it will not hit 5.25 per cent as markets fear.

“We expect the MPC to hike Bank rate by 75 basis points this week, but to signal smaller hikes at future meetings,” he said.

Barclays chief UK and senior European economist Fabrice Montagne agreed: “We expect the BOE to hike 75 basis points at its November meeting, partly because of strong inflation/wage dynamics but also in response to some fiscal loosening.”

But Goldman Sachs chief European economist Sven Jari Stehn disagreed. “We expect a 75 basis points rise in both November and December, and that is because you have significant underlying inflation pressures,” he said. “The labour market is very tight.”

“We think the Bank will respond by stepping up the pace of hiking. We no longer think they need to be quite as aggressive as we expected after the mini-Budget.”

It said 31 percent of small businesses are forecasting growth this quarter, compared to 37 per cent for the same period last year when the UK was still suffering from Covid-19 restrictions.

In the last quarter, 34 per cent of small businesses believed they would grow.

Novuna also said 18 percent of small businesses believe they will either shrink or struggle to stay afloat over the next three months.

Jo Morris, head of insight at Novuna, said: “We are all aware of the economic challenges everyone is facing as we head into autumn and winter.

We were not surprised to see a dip in the proportion of small businesses predicting growth in the run-up to Christmas.”