Interest rates: Why now is ‘really good time to review’ mortgage deal – could you save?

NatWest recently teamed up with the No, Really I’m Fine podcast for a new series focusing on financial well-being. During the Mind Over Money podcast, which launched this week, host Gemma Sherlock spoke to Rachel Blackamore, Natwest Managing Director of Personal Banking for London and the South East.

The pair discussed the meaning of a financial crisis, as well as looking at where people could seek support.

Mortgage payments will certainly be a concern for many homeowners during this time, and Ms Blackamore spoke about potential options for those who have felt a financial impact.

She pointed out that some customers within the current Covid pandemic have been able to save hundreds of pounds per month, such as by moving from the Standard Variable Rate (SVR) they had rolled onto, on to a fixed rate mortgage deal.

Ms Blackamore expanded on what a Standard Variable Rate is, and what it means for borrowers.

“Generally, when most people take out a mortgage, often for the first time, they will look at all the deals available and decide whether they want to have a fixed rate – so an interest rate that will not change for a particular duration of time,” she said.

“It might be two years, it might be five years. Because it gives them certainty of how much do I need to set aside every month for the next two years in order to pay my mortgage?

“Depending on the economic environment, the individual’s circumstances, they might choose to take out a variable rate which means if interest rates, if the Bank of England Base Rate, moves then your payments would go up or down.”

Ms Blackamore went on to refer to the Bank of England Base Rate currently being held at 0.1 percent – a historic low.

Not only that, but there’s also been speculation that the central bank could potentially announce negative interest rates.

While the Bank of England’s Monetary Policy Committee (MPC) said this month it does not wish to signal this will happen, it is something Prudential Regulation Authority (PRA) regulated firms have been told to prepare for.

In a summary of the recent MPC meeting this month, it said: “While the Committee was clear that it did not wish to send any signal that it intended to set a negative Bank Rate at some point in the future, on balance, it concluded overall that it would be appropriate to start the preparations to provide the capability to do so if necessary in the future.

“The MPC therefore agreed to request that the PRA should engage with PRA-regulated firms to ensure they commence preparations in order to be ready to implement a negative Bank Rate at any point after six months.” 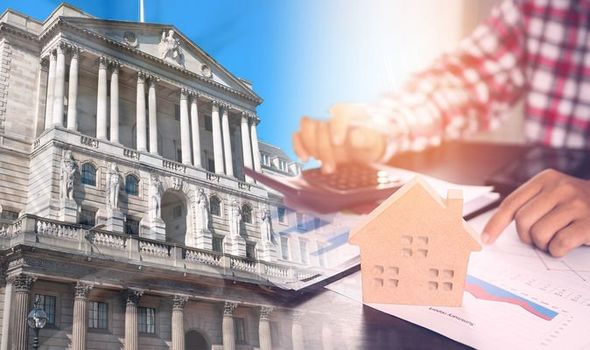 Commenting on the situation, Ms Blackamore said: “With the Bank of England Base Rate at the moment being so low, and even talk about it going negative, it’s a really good time to review to make sure you’re on the best mortgage deal.

“And if you have been on a fixed rate, let’s just say it’s two years, what happens when that two year rate finishes is the bank or building society will write to you to tell you that the rate is finishing.

“If people don’t take any action at that stage – which is understandable, people live busy lives – then automatically you move to a Standard Variable Rate.

“Across most of the banks and building societies at the moment, if that had happened to me, I’d probably now be paying about three and a half percent if not four percent interest every month.

“Whereas actually, if I was to shop around and look at some of the best deals on the high-street, then actually I could be paying rates as low as numbers beginning with a one – and fixing that rate.”

Speaking to Louisa Fletcher in the podcast they co-host, The Property Show, he explained that borrowers shouldn’t get “too excited”.

This is because, following the financial crisis in 2008/2009, mortgage lenders have put in collars or floors.

“In the small print of a lot of mortgages these days, it will say that the interest rate cannot go below a certain level – to try and avoid that thing around negative interest rates,” he said.