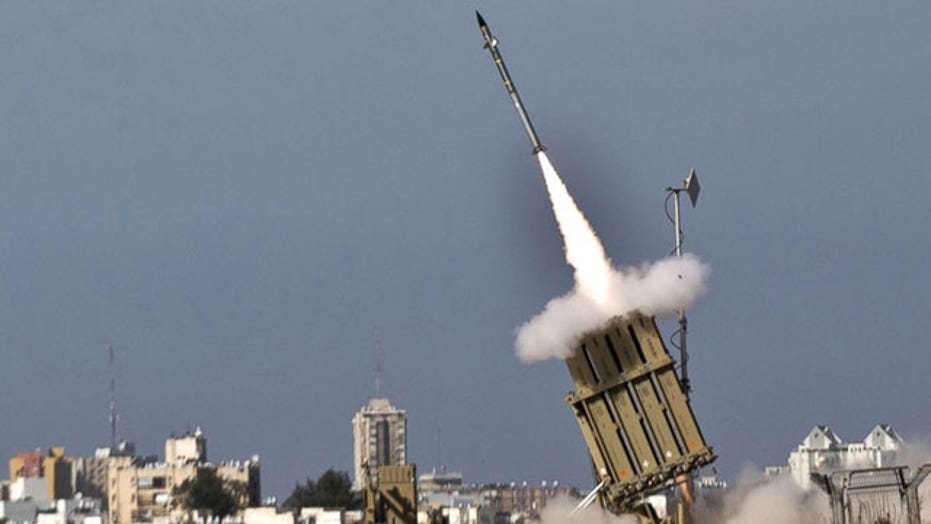 Israel’s defense ministry reported Tuesday that it has successfully tested for the first time a wide range of sea-based aerial defense systems. The tests took place in the past few weeks, with targets fired from sea-borne launchers, imitating various range missiles and drones. All were intercepted successfully by Israel’s multi-tier defense systems – Iron dome, Arrow, and David’s Sling, at times simultaneously.

Head of the Israel Missile Defense Organization in the Ministry of Defense, Moshe Patel said “through these tests, we demonstrated that the State of Israel has a robust, multilayered capability to face various threats – cruise missiles, UAVs [Unmanned Aerial Vehicles] and ballistic threats”.

The tests were led by Rafael Advanced Systems from a testing site in central Israel, with the Israel Air Force and Navy's participation. According to the Israeli defense ministry, this successful series is a critical milestone in the augmentation of Israel's operational capabilities in defending itself against current and future threats.

“Israel is safer now, after the accomplishment of the recent test,” said Executive Vice President and Head of Rafael's Air and Missile Defense Division, Brig. Gen. (Res.) Pini Yungman. “The capability that was demonstrated in this series of tests ensures the security of the State of Israel and its ability to contend with current and future threats."

“The results were magnificent, all targets have been intercepted,” Yungman told Fox News. This indicates that the systems will be capable of intercepting threats simultaneously during conflict.

Israeli Defense Minister Benny Gantz commended the successful test. “This is one of the most advanced air defense mechanisms in the world and it protects the state from threats near and far. The systems in this multilayered mechanism provide Israel with a top tier strategic capability, enabling us to operate effectively in every scenario,” he said, in a statement. “I would also like to thank our partners in the U.S. Department of Defense, U.S. Missile Defense Agency, U.S. government, and U.S. Congress, which support the State of Israel in the development of these systems and aid us in ensuring Israel's security and operational superiority.”

Iron Dome, David's Sling, Arrow-2 and Arrow-3 are all operational in the Israeli Air Force. Israel delivered an Iron Dome battery to the U.S a few weeks ago, and another one will be delivered in 2021.

Related posts:
Hot News
EPFO settles 56.79 lakh COVID-19 advance claims, releases over ₹14,000 cr till December
Lady Gaga's dad shares struggles of being an NYC restaurant owner amid pandemic: Delivery is 'not enough'
Rove: A Rudy Impeachment Defense Raises Likelihood of Trump Conviction
UK property: House prices hit record high at end of 2020 but what will happen in 2021?
Pelosi gets ‘sharp’ when asked about AOC during ’60 Minutes’ interview
State pension payments could be reduced by private plans – full list of affected schemes
dangers of vytorin
Recent Posts
This website uses cookies to improve your user experience and to provide you with advertisements that are relevant to your interests. By continuing to browse the site you are agreeing to our use of cookies.Ok