The daughter of U.S. President Donald Trump was delivering the keynote address at the two-day Global Women's Forum held in an opulent resort overlooking the city's Persian Gulf coastline.

"We know that when women are free to succeed, families thrive, communities flourish and nations are stronger," Trump said.

Her comments throughout the speech drew applause, particularly when she praised Saudi Arabia. Despite reforms there, women's rights activists and other campaigners are imprisoned and facing trial on vague charges related to national security. 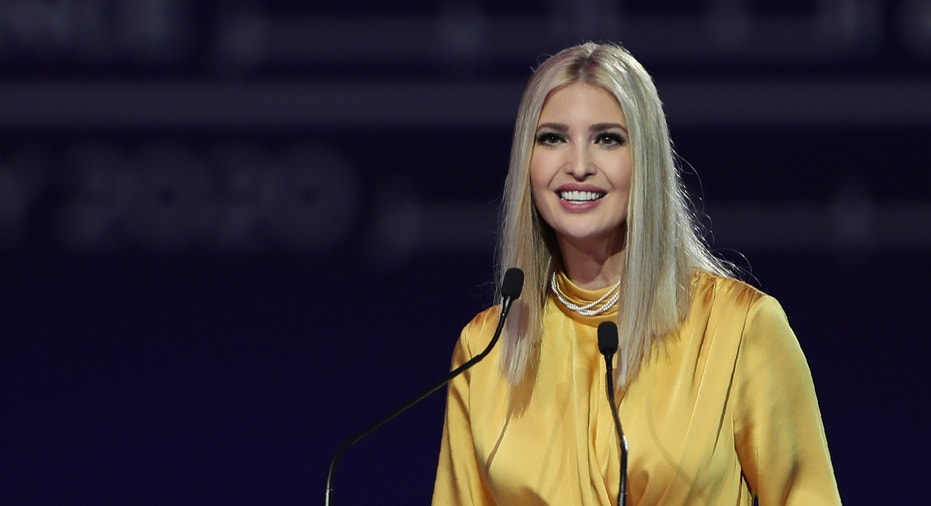 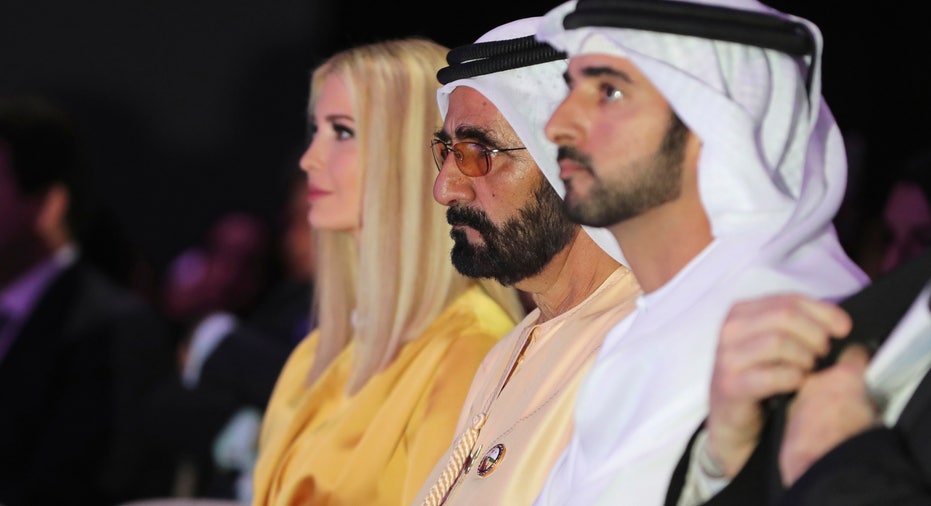 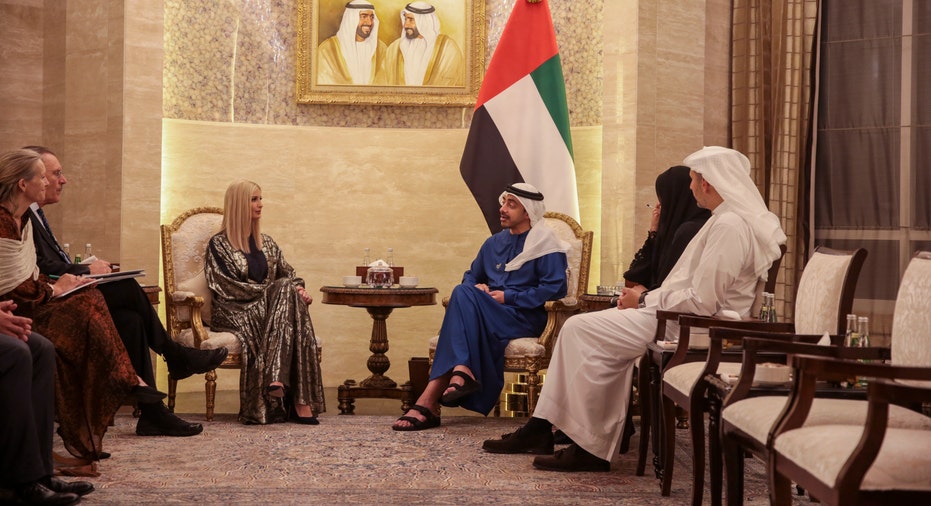 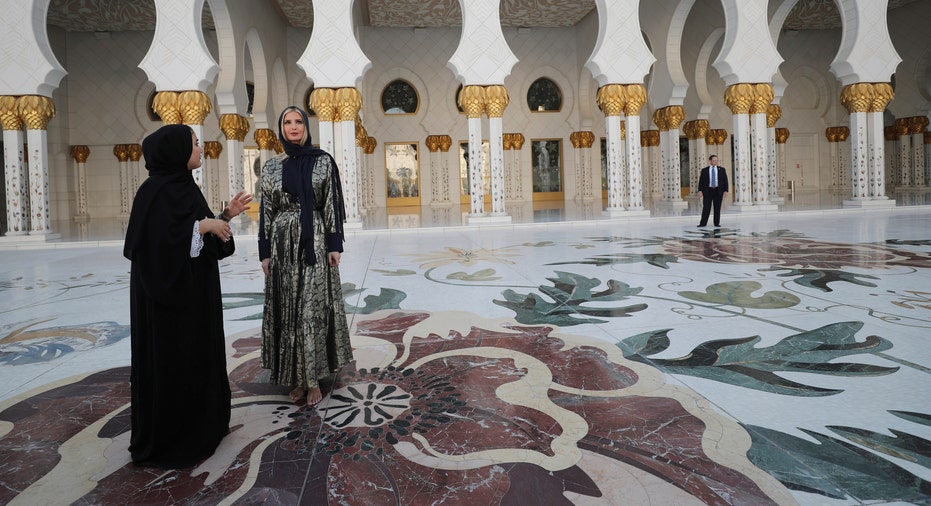 The theme of the forum in Dubai was "The Power of Influence." It was an apt theme for Trump, whose loyalty and support for her father's presidency saw her and her husband, Jared Kushner, take up formal roles in the White House as his advisers.

The 38-year-old mother of three has positioned herself as an Oval Office confidante while spearheading initiatives that broadly back women's empowerment. Her husband has become a top adviser on U.S. Mideast policy.

Once the owner of an eponymous fashion line, Ivanka Trump has wielded her proximity to the president to promote policies affecting women and deliver speeches around the world about women's economic empowerment. She meets with world leaders as a key White House official. Some of her efforts even have some bipartisan support in Washington, standing in sharp contrast to the level of controversy and political division surrounding her father's presidency.
In her keynote speech at the women's forum in Dubai on Sunday, Trump touted what she said was the progress of women in the United States.

"Today, American women are leading in every aspect of society. Last year, there were more women than men in the United States workforce, with women securing over 70% of new jobs," she said in her address.

Trump made no mention, however, of legislative obstacles in the U.S. around paid family leave, which she and the U.S president support. Currently, just a few U.S. states offer paid leave.

During her speech in Dubai, Trump congratulated Saudi Arabia for recent changes in the law that allow women to travel abroad and obtain a passport without the permission of a male relative. In 2018, a ban on women driving cars was lifted. The changes are part of a wide-ranging push to transform the Saudi economy, attract greater foreign investment and ease international criticism. 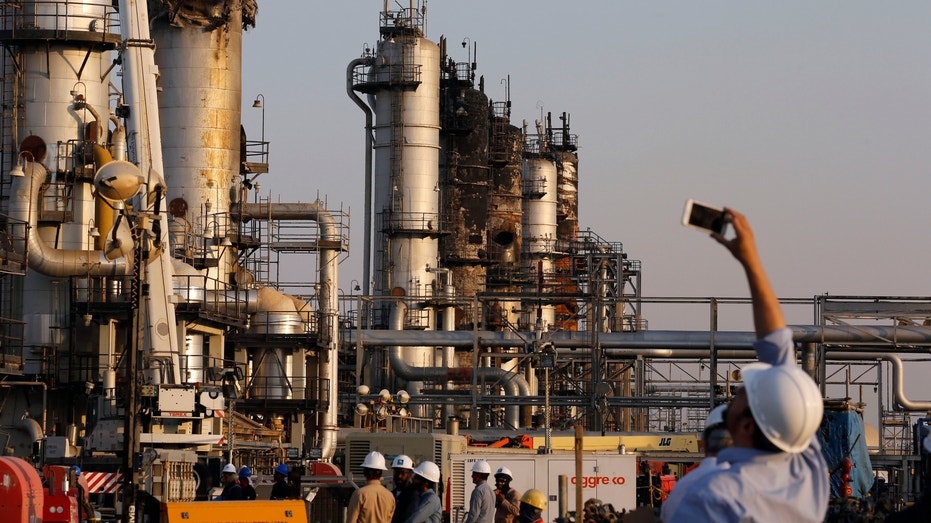 In this Friday, Sept. 20, 2019, file photo, during a trip organized by Saudi information ministry, a cameraman films Aramco’s oil processing facility after the recent Sept. 14 attack in Abqaiq, near Dammam in the Kingdom’s Eastern Province. (AP Photo

Trump pointed to changes in other Mideast countries, as well. She said Bahrain had introduced legislation against discrimination in the workplace; Jordan had eliminated legal restrictions on women's ability to work at night; Morocco had expanded women's land rights; and Tunisia had introduced laws to combat domestic violence.

She said, though, more work needed to be done. She noted that across the region, women on average still have only half the legal rights of men.

The Dubai ruler is wildly popular at home and is seen as a modernizing force. He has, however, faced some criticism abroad concerning women's rights following reports that one of his daughters tried to flee the country and was forcibly returned. In previous years, Jordanian Princess Haya, with whom Sheikh Mohammed has two children, would have attended a forum of this kind by his side, but she too has reportedly fled the country and is seeking custody of their children in a British court.

The UAE and Saudi Arabia have worked to cultivate close ties with the Trump administration and were early supporters of the Women's Empowerment Fund, a World Bank initiative to help female entrepreneurs that Ivanka Trump strongly backs. During the first trip abroad of her father's presidency to Saudi Arabia, the two Gulf countries pledged $100 million to the fund.

In her speech at Sunday's forum, Trump commended Emirati leaders for "removing barriers to women joining the workforce and developing a national strategy that recognizes that women are central to sustainable growth."

She noted that although 70% of Emirati university graduates are women, only 10% of the UAE's total national income is derived from women.
"We know that this going to grow and flourish in the years ahead," she said.

During her two-day visit to the UAE, Trump met with women entrepreneurs and discussed a U.S. government project she's leading that's aimed at helping women in developing countries. The Women's Global Development and Prosperity Initiative was launched last year with backing by her father.