“We, in fact, before the war began declassified intelligence and presented it,” Sullivan said, “indicating that there was a plan from the highest levels of the Russian government to target civilians who oppose the invasion, to cause violence against them, to organize efforts to brutalize them in order to try to terrorize the population and subjugate it. So this is something that was planned.”

Sullivan made the comments during an interview on ABC’ s “This Week,” telling host Jonathan Karl that “horrifying” images of mass casualties in Ukraine were “downright shocking,” although they were “not surprising.”

Sullivan continued by saying that some of the alleged war crimes might be a result of the frustration and anger coming from Russian troops who thought they would have a “glorious victory.”

“I think there certainly are cases where individual soldiers or individual units got frustrated because the Ukrainians were beating them back,” Sullivan said. “They had been told they were going to have a glorious victory and just ride into Kyiv without any opposition with the Ukrainians welcoming them. And when that didn’t happen, I do think some of these units engaged in these acts of brutality, these atrocities, these war crimes even without direction from above.” 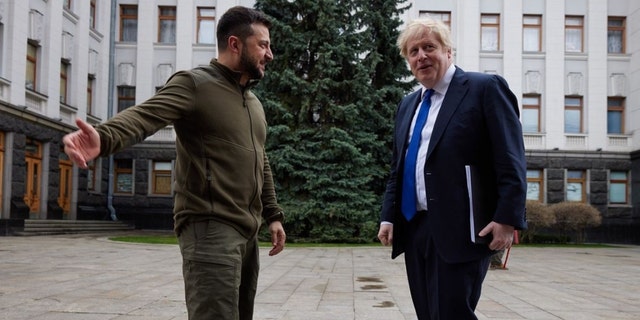 During a different interview on NBC’s “Meet the Press,” Sullivan was asked whether President Biden would be following in the footsteps of British Prime Minister Boris Johnson, who made a surprise visit to Ukraine’s capital city of Kyiv over the weekend and met with Ukrainian President Volodymyr Zelenskyy.

“President Biden doesn’t currently have any plans to travel to Kyiv. But what I will tell you is he sits in the Oval Office and in the Situation Room on a daily basis, organizing and coordinating the world when it comes to the delivery of weapons,” Sullivan said.