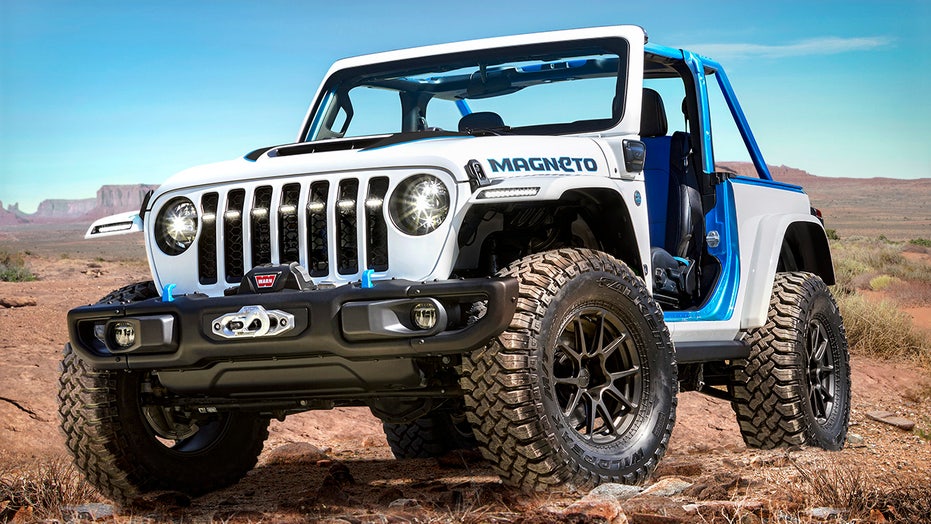 Return of the Jeep Wagoneer

Jeep has brought back the Wagoneer and Grand Wagoneer names on a new line of full-size SUVs, and Jeep VP Jim Morrison tells The Fox Garage there’s much more on the horizon for the off-road brand.

Jeep has confirmed it will have an all-electric model in its lineup by 2023, but what will it be?

The automaker currently sells the plug-in hybrid Wrangler 4xe in the U.S. along with the Compass and Renegade 4xe overseas and recently revealed a full electric vehicle will be available somewhere in two years, but nothing about it.

Signs point to it being a small model sharing a platform with one of the EVs parent company Stellantis will have launched by then through Citroen, Peugeot and Fiat, but something even more on-brand could be in the works. 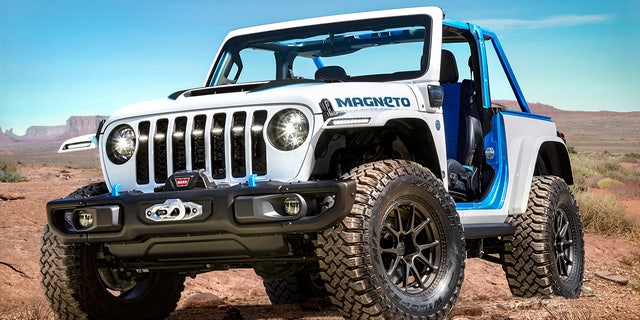 The Jeep Wrangler Magneto concept is an all-electric SUV
(Jeep)

At this year’s Moab Easter Jeep Safari, the brand rolled out an all-electric Wrangler concept it called the Magneto. Rather than a purpose-built electric, it swapped out its internal combustion engine for an electric motor connected to its conventional 4×4 drivetrain, offering a relatively easy zero-emissions solution for the model in the short term.

During an appearance on The Fox Garage, Jeep’s VP in charge of North American operations, Jim Morrison, was asked if the 2023 EV would be a unibody model or a Wrangler and his answer left the door wide open.

“I can’t tell you, but there’s a good chance of it maybe being both,” Morrison said.

The Wrangler 4xe that President Biden took for a spin at the White House, which offers an all-electric range of 21 miles per charge and a combined power rating of 375 hp when its four-cylinder gasoline engine kicks in, has proven so popular with customers that it’s sold out for the year.

Farther down the road, Jeep is also aiming to deliver a fully-autonomous Wrangler that could potentially drop passengers off at the head of a hiking trail and meet them at the other end, and Morrison said he thinks the goal is attainable.

“Our plan is this decade, and we keep pushing the limits on what accentuates freedom for our customers, and we think we can get there, for sure.”