Joe Lieberman, Natan Sharansky: The Holocaust story does not end at Auschwitz – here's one you should know

International Holocaust Day is observed on January 27, the anniversary of the liberation of Auschwitz, which has become the symbol of the evils of the Holocaust. It was a place of unbridled inhumanity and brutality. Yet, Auschwitz does not tell the entire story of the Holocaust.

Not all the victims of the Holocaust were herded into cattle trucks, to gas chambers at concentration camps like Auschwitz. There are many other stories to be told and we are duty-bound to tell them.

None more so than the estimated 1.5 million Jews who were murdered in mass shootings across Eastern Europe. For too long, this ‘Holocaust by bullets’ has been largely unknown.

Before the construction of Auschwitz and other concentration camps, as the Nazis invaded the Soviet Union, entire Jewish communities were rounded up, marched to their deaths and dumped in mass graves. The locations where these crimes were perpetrated usually remain unmarked, unlike the remains of the Nazi concentration camps.

The story of Babyn Yar in Ukraine is particularly powerful and important. In September 1941, just days after the Nazis occupied Kiev, almost 34,000 of the city’s Jews were marched to the Babyn Yar ravine on the edge of the city, where they were shot and killed over a period of two days. 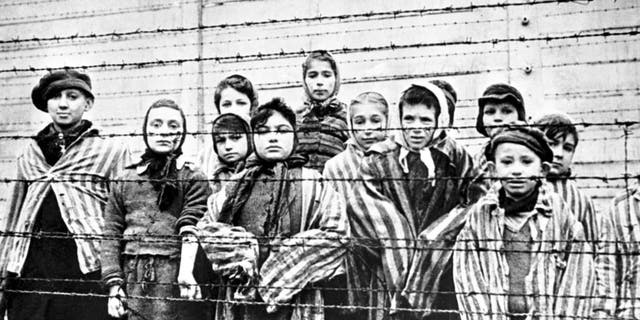 Although Babyn Yar is probably Europe’s largest mass grave, the story of those murdered there is not widely known.

Its horrific memory was kept alive in a moving poem by the Russian poet Yevgeni Yevtushenko. For decades, the Soviets attempted to mask Babyn Yar’s tragic past.

The story of tens of thousands killed because of their Jewish identity did not conform with the prevailing Communist narrative.

Consequently, the Soviets attempted to physically and metaphorically bury the history, constructing housing and roads on this haunting site. Yevtushenko’s poem is a protest against this Soviet policy. Its first line is “No monument stands over Babyn Yar.”

Babyn Yar became a blueprint for the Nazis. For a time, mass shooting became their murderous method of choice.

Jews were rounded up and massacred in huge numbers in Riga, Vilnius, Minsk, Brest and numerous other locations across Eastern Europe.

Many of these killings have been detailed by the tireless investigatory work of French priest Father Patrick Dubois. With the squeeze of a trigger, Jewish communities were wiped out and 1.5 million lives lost.

In the post-World War Two reconfiguration, these killing fields largely fell under Communist rule. Just like Babyn Yar, their significance was blurred from the historical record.

If the Holocaust is humanity’s darkest hour, then this ‘Holocaust by bullets’ is the beginning of the night. The Babyn Yar massacre was perpetrated four months before the infamous Wansee Conference, where the Nazi leadership plotted the eradication of Europe’s Jews.

Babyn Yar and its like was a precursor to the concentration camps which followed. The mass shootings served as an impetus for the Nazis to institute a campaign of even wider, industrial scale murder.

Auschwitz was not constructed in a vacuum. The massacres at Babyn Yar and beyond were a crucial link in the chain. Yet, too many remain historical footnotes at best.

Thankfully, steps are now being taken to right the wrongs of the past.  The Babyn Yar Holocaust Memorial Center, whose Supervisory Board we are both privileged to serve on, is being developed to provide not only a fitting physical memorial, but also an ongoing, living record of all that was lost.

The Center has the backing of Ukraine’s President Volodomyr Zelensky and Kyiv’s Mayor Vitaly Klitschko, underscoring the importance of this effort.

The Center’s researchers have uncovered previously unknown names of victims. Advanced 3D mapping has pinpointed the exact spot, until now undiscovered, where the shootings took place. The story of Babyn Yar is finally being told in full, like never before.

International Holocaust Remembrance Day provides an opportunity for reflection. It is a time to consider how we remember the past.

As the number of Holocaust survivors continues to dwindle, it falls upon all of us to sustain the memory of the Holocaust.

We can only do this by knowing our history, by understanding that the Holocaust was not a uniform event.

The hell of Auschwitz was not the same as the horrors of Babyn Yar. Each is its own heart-wrenching chapter.

The time has come to know and tell the full story.

Natan Sharansky is a former prisoner of Zion and served as an Israeli government minister.

Related posts:
Hot News
The MCU goes retro in 'WandaVision'
If you got a voucher for canceled plans, now is the time to use it
These staggering stats show just how bad the Los Angeles Clippers are in crunch time
orlistat side effects heart
Dr. Seuss books shoot to the top of Amazon’s bestseller list
Joe Biden campaigned as the mask candidate. Now he’s facing the limits of the bully pulpit
US market crisis: European shares plummet as Wall Street carnage puts world on edge
Recent Posts