Judy Gold on comedy offending today’s public: ‘Everything is not about you’

Comedians today have to be very careful not to offend their audience, American comedian Judy Gold told "FOX News Rundown."

Gold, best known for her stand-up comedy and work writing for "The Rosie O’Donnell Show," explained that the comedy industry is changing as people are more prone to take jokes out of context and exploit their opinions on social media.

“You say one thing, a comic says one thing — a joke — someone takes it out of context, then decides to go on the internet or social media and say, ‘oh, this comic said this and they're horrible and they're racist and they're homophobic and they're anti-Semitic and they’re xenophobic.’” she said. “It can end a person's career.”

In her new book, “Yes, I Can Say That,” Gold said she reiterates that being offended is a choice and comics are not writing jokes to personally attack audience members. 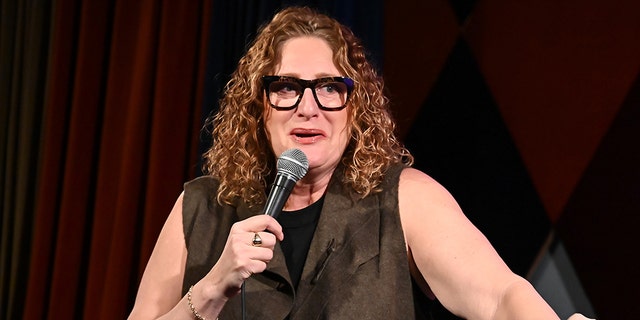 “Everything is not about you,” she said. “And the fact that we have decided in this country that everyone gets a trophy, that everyone's opinion is important, people are empowered to shut other people down when they feel uncomfortable. Since when are we not allowed to feel uncomfortable? … That's not the real world.”

Gold said comedians just want to make their audience laugh, yet people tend to take a piece of a joke out of context instead of focusing on the intent of the entire joke.

“A comedian will get on stage and tell a joke and someone will be offended by a word in the joke instead of listening to the entire joke, listening to the intent of the comedian, the nuance," she said.  "And yet they will have a reaction and try to shut that comedian down. When you are a murderer and you're on trial for homicide, your sentence is determined by your intent. But the same courtesy isn't given to a comedian who just wants you to laugh.”