“I agree with Governor Cuomo’s decision to step down,” Hochul said in a statement Tuesday. “It is the right thing to do and in the best interest of New Yorkers.”

Hochul (pronounced HOH-kuhl) is slated to inherit the governorship when Cuomo officially resigns on Aug. 24. A damning investigation by New York’s attorney general found that Cuomo had sexually harassed multiple female employees in violation of federal and state law. While he initially refused to resign last week, the Democrat bowed to party pressure on Tuesday.

Though Hochul has served as lieutenant governor since Cuomo took office in 2014, she has rarely been front and center in his administration. She didn’t appear alongside him during his daily COVID-19 briefings, unlike other close aides, and Cuomo made no mention of her in his recent book about how he navigated New York through the pandemic. He has never considered Hochul part of his “inner circle,” The Wall Street Journal reported Sunday.

A senior official told The New York Times last weekend that Hochul and Cuomo haven’t spoken since February, which is when a second former employee came forward to say Cuomo had sexually harassed her.

Though Hochul will take on the job at a tenuous time, her lack of closeness with Cuomo could be key to her success as governor. She doesn’t appear complicit in some of Cuomo’s biggest blunders, including his decision to send COVID-19 patients to nursing homes and his administration’s attempt to cover that up. 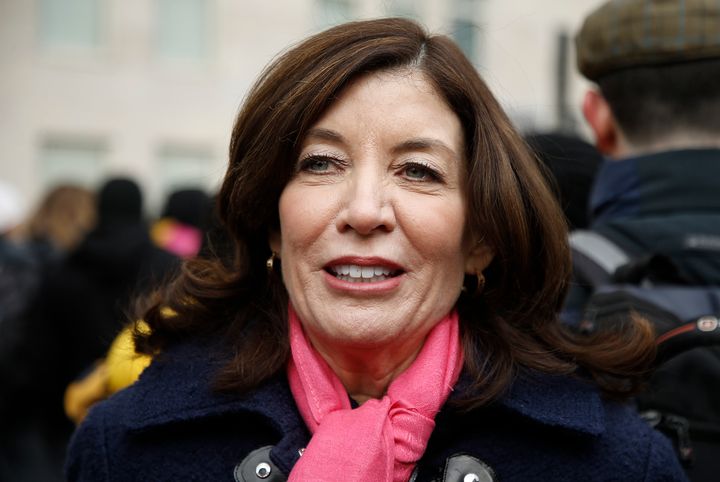 Hochul was largely quiet about the harassment accusations against Cuomo, which first began piling up in December. But when the attorney general’s report dropped last week, she didn’t mince words.

“Sexual harassment is unacceptable in any workplace, and certainly not in public service. The AG’s investigation has documented repulsive & unlawful behavior by the Governor towards multiple women. I believe these brave women & admire their courage coming forward,” she tweeted.

“No one is above the law,” she added, saying she would not comment further because she stood to take over Cuomo’s job.

Before Cuomo acquiesced on Tuesday, influential donors had reportedly begun pushing Hochul to run against him in 2022.

“Everybody has been reaching out to her,” an insider told CNBC. “They are offering advice, and she’s listening.”

Hochul will have to run for the governorship next year if she wants to keep the job after what would have been the end of Cuomo’s term.

She hails from Buffalo, one of the few Democratic pockets of western New York state. Cuomo, who grew up in Queens, tapped her to run as lieutenant governor in order to boost his support in the conservative region.

Hochul is regarded as a moderate Democrat who, as she ascended from office upstate to a role in Cuomo’s administration, has moved left with the party. She notably shifted positions to support giving driver’s licenses to undocumented immigrants and enacting more stringent gun safety laws.

The soon-to-be governor has famously visited every New York county each year since becoming lieutenant governor in 2014 and has gotten involved in campaigns across the state big and small. Those familiar with Hochul regard her as Cuomo’s opposite in terms of temperament (he has a reputation as a hotheaded bully) and say her personal touch as the face of state government in New York’s more far-flung communities has played well.