The Fitzroy home of KeepCup, the business selling re-usable coffee cups, is up for sale following the group’s move to a bigger warehouse in Clifton Hill.

KeepCup owner Abigail Forsyth bought new digs at 63 Noone Street from the Schot family in 2018 as business boomed for the 13-year old company. 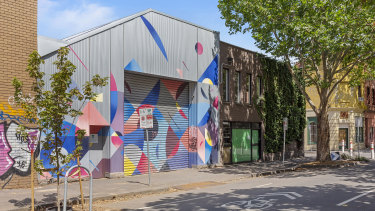 Now KeepCup’s former premises at 70-76 Westgarth Street, also owned by the Forsyth family, is going to auction on March 27.

Savills agent Clinton Baxter is marketing the property with Jesse Radisich and Benson Zhou. The 630 square metre site on the corner of Fitzroy Street is expected to fetch around $5.5 million.

The 650 sq m building comes with a roof covered in solar panels and a Tesla Powerwall. KeepCup's new office-warehouse in Clifton Hill, is already sporting a different look with landscaping at its entrance.

The Schots had previously used the warehouse to supply its flagship renovations fittings store on Hoddle Street, which they also listed for sale last year.

The 5306 sq m three-storey building at 380-400 Hoddle Street is on a 2131 sq m island site between the railway line and Hoddle Street. They were hoping for a price in the low-to-mid $20 million range but it's still on the market.

There’s been a solid wave of office projects proposed for Richmond and Cremorne in the past couple of years as the market tried to digest thousands of apartments built during the last boom.

But ICON Developments, which is building the landmark 600 Church Street office for Domain Group, is pivoting back to residential with an $80 million project behind the corner of Swan and Church streets.

“There’s a lot of demand in Richmond for residential. All those start-ups and technology and creative industries in Cremorne bring people. And they want to work, socialise and live in the same area,” Ms Goldworthy said.

The cautious move back to residential comes as Caydon Property slashed the residential component of its Malt District project, adding more office and a hotel to the Nylex clock-topped silos development. 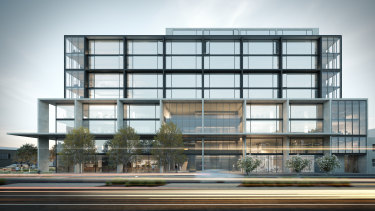 “We are confident in the product and the location but people wanted to see that we were committed to the area,” Mr Chahin said.

“We’ll build a display suite and let people tailor the designs of their offices using some technology. It won't be virtual reality – there will be no headsets,” he said.

“There’s lots of interest in the area. People are sick of Cremorne. It’s too expensive and hard to get to,” he said.

Peregrine will hold the 9500 sq m A-grade office building designed by Jackson Clements Burrows. It’s expected to be completed at the end of 2021 as is MAB's new project.

Around the corner on Blazey Street, Michael and Andrew Buxton’s MAB Corp are selling strata office units in Yarraberg, a six-level, $40 million-plus project designed by Plus Architecture and landscaping by Tract. 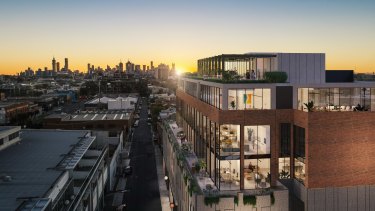 “The city-fringe, Richmond in particular, has been starved of supply for new, high quality strata office,” Mr Dwyer said.

Childcare developers Mike Wu and Shan Kuo have emerged as the purchasers of an Eaglemont development site.

They're planning to build a child care centre and town houses on the 5034 sq m parcel of land which had been on the market since 2017 with two other agencies.

Melbourne Acquisitions agents James Latos and Dominic Gibson finally pulled off the deal, which came in a long way short of the $20 million expectations carried at the peak of the market in 2017. 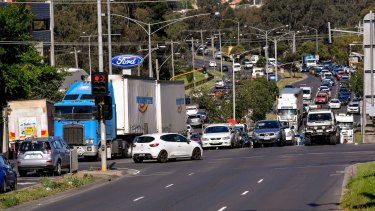 The busy corner  is down the hill from the Austin Hospital and close to the Burke and Bulleen road entrances to the Eastern Freeway.

Last year, the Queensland-based developers paid $20 million for an office building at 90-96 Tram Road, Doncaster where they are planning to build a new childcare centre.

They are also behind a state-of-the-art $100 million child care centre at 8 Buckhurst Street in Fishermans Bend. They paid $61.8 million for the 9500 sq m site which had once been earmarked for four towers and 1000 apartments.

In 2018, the pair sold nine childcare centres to Folkestone for $63 million and last year put another portfolio of seven centres on the market with a $150 million price tag.

The first suburban office property to hit the market in 2020 is in leafy Glen Iris, near Cabrini Hospital and several private schools.

The two-storey building at 173 Burke Road is on a large 4305 sq m site near Central Park and around the corner from Cabrini Hospital. 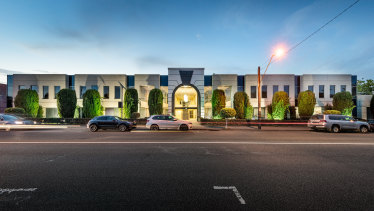 “That puts it at a very slim yield of around 2.5 per cent but it means the land value out-paced the building value a few years ago,” Mr Bremner said.

Title deeds show it’s been owned since 1987 by a company called Bingen, controlled by the Verhagen family who built the property in the 1980s.

Mr Bremner said it could attract investors, developers, land-bankers or even the hospital or education institutions.

“There’s a lot of groups who might want to use the infrastructure,” he said.