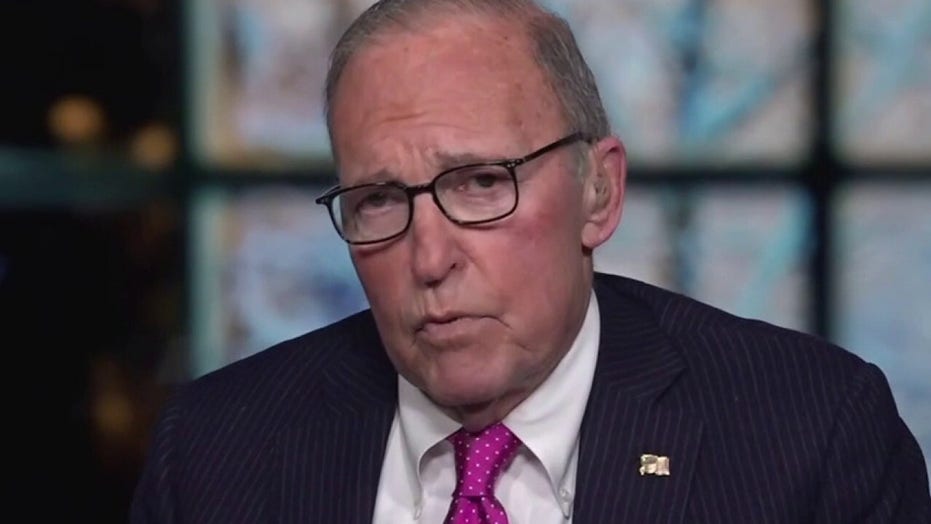 FOX Business anchor Larry Kudrow reacts to a proposed tax hike on the NYSE, which may cause the company to leave New York State.

“He is moving more progressive left than I thought. I guess I should have taken him at face value during that campaign,” said Kudlow, referring to a February 2020 interview with NBC News during which Biden promised that if elected, his White House would “go down as one of the most progressive administrations in American history.”

“The ideas I have, Chuck, are big and bold,” Biden told “Meet The Press” moderator Chuck Todd in the Feb. 16, 2020 interview. “I mean, this idea that I’m not the progressive in the race — I mean, my Lord, with my position on health care, my position on global warming, my position on foreign policy, my position on the middle class, this will go down as one of the most progressive administrations in American history.”

Kudlow told co-hosts Bill Hemmer and Dana Perino what troubles him about Biden’s policies is that by “undoing Trump”, “they’re undoing some pretty good policies.”

“They want to end fracking in 15 years,” he listed. “The [$15] minimum wage is back, I guess it’s going to be in the budget reconciliation. That will you know, the CBO said it’ll help a couple of million people, but it’ll also lose a couple of million jobs. That’s not what you want. The executive orders on immigration is causing chaos at the border. We have open borders now, no deporting, and that’s going to damage jobs along the border.”

Kudlow added that “this hate-Trump, progressive, political reversal stuff is job-killing and prosperity-killing. If it continues and extends out, it’s not going to damage us right away, but it’ll take its toll. It’s not good, in my judgment. They’re going in the wrong direction here.”