THIS bonkers concept home wouldn't look out of place as the villain's evil lair in the next James Bond movie.

Devised by an Iranian architect, the austere concrete structure somehow manages to look both sinister and beautiful at the same time. 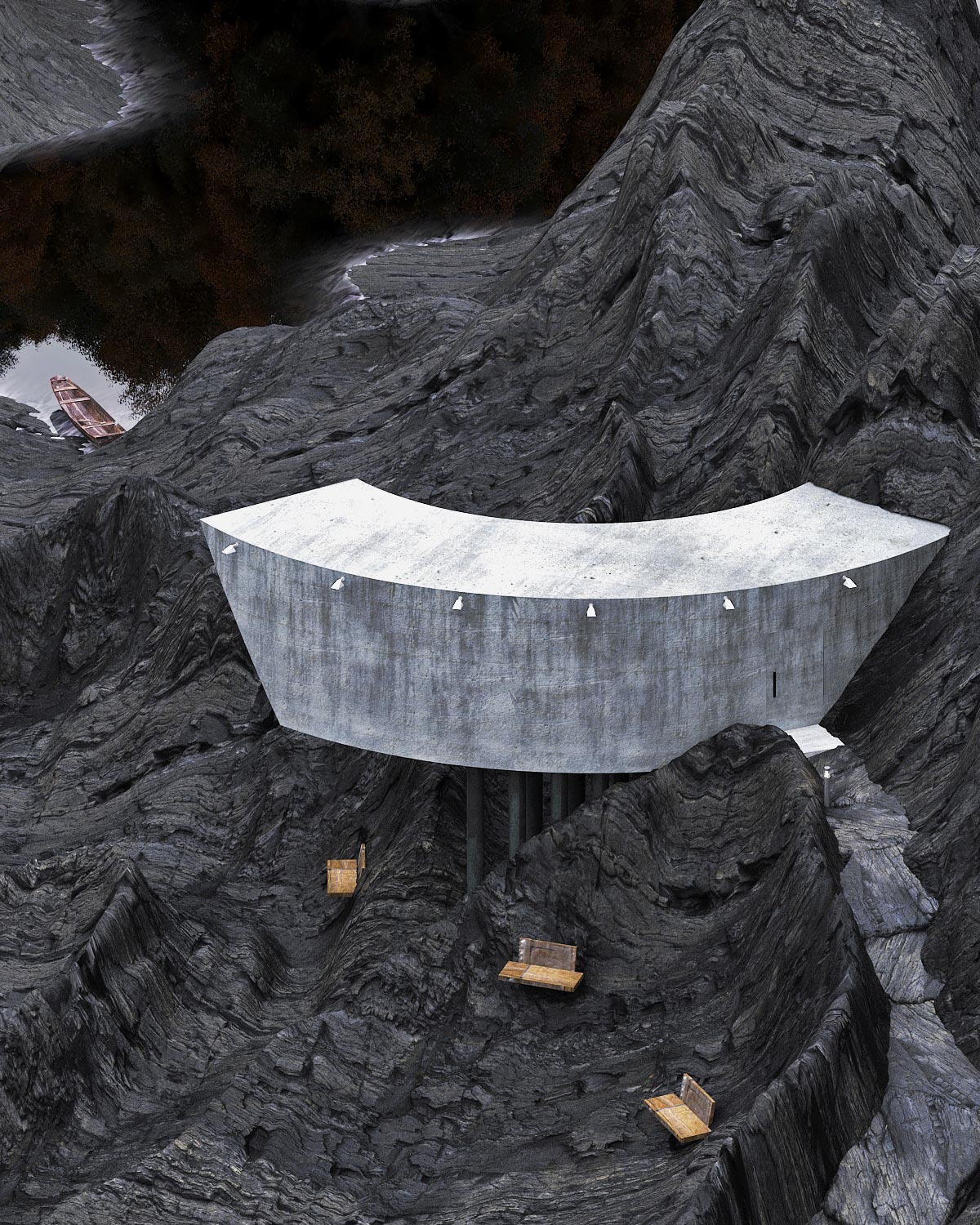 No stranger to Brutalist-style buildings, Reza Mohtashami said his latest design was an attempt to bring together the natural and unnatural.

In a series of renders created up by the designer himself, the curved structure, dubbed Concrete House, can be seen protruding out of a frightening rock surface.

A significant portion of the dwelling juts out over the cliff’s edge, supported by a series of pillars.

While it’s clear the building does not belong there, Mohtashami has also managed to design a home that fits naturally into the surroundings. 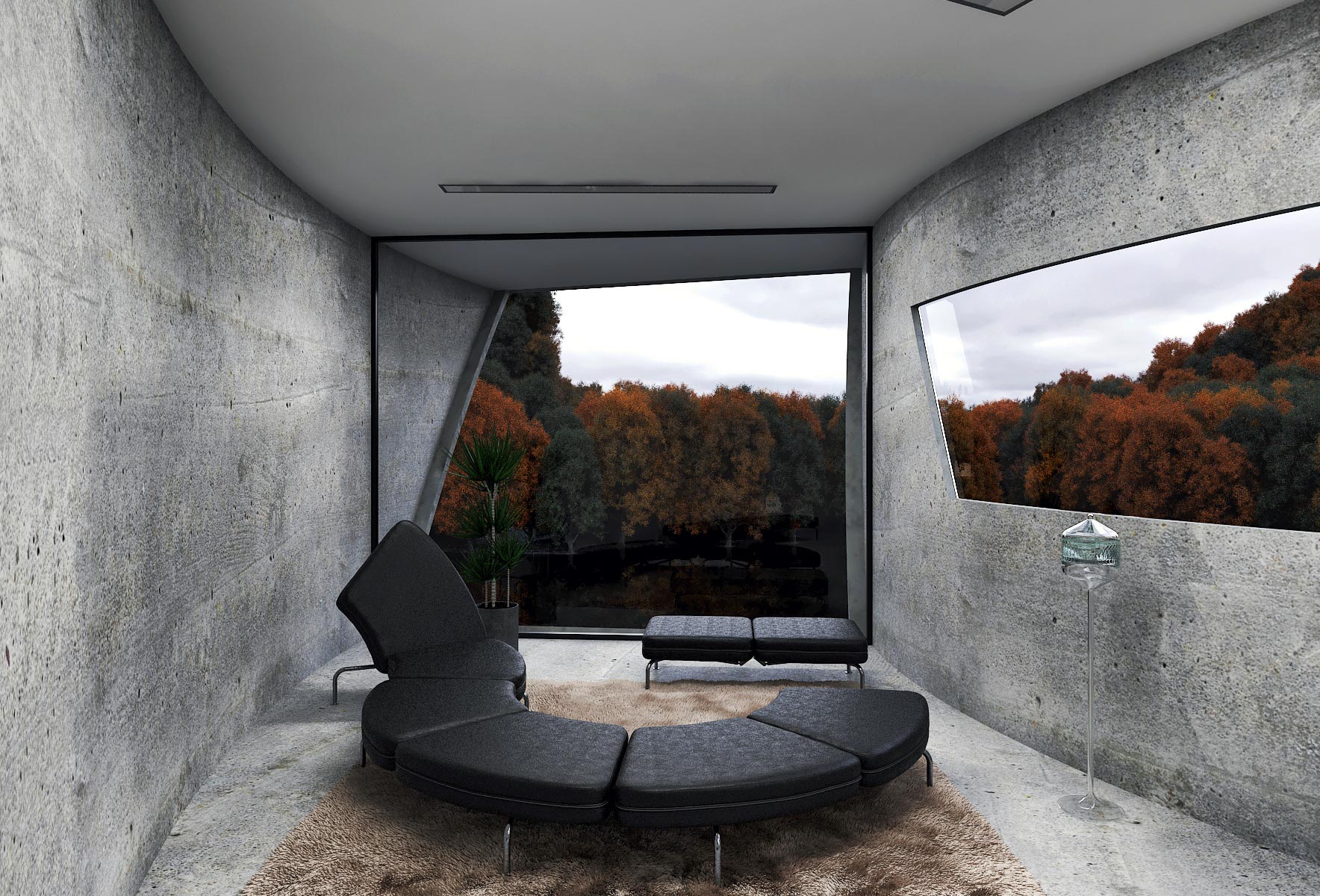 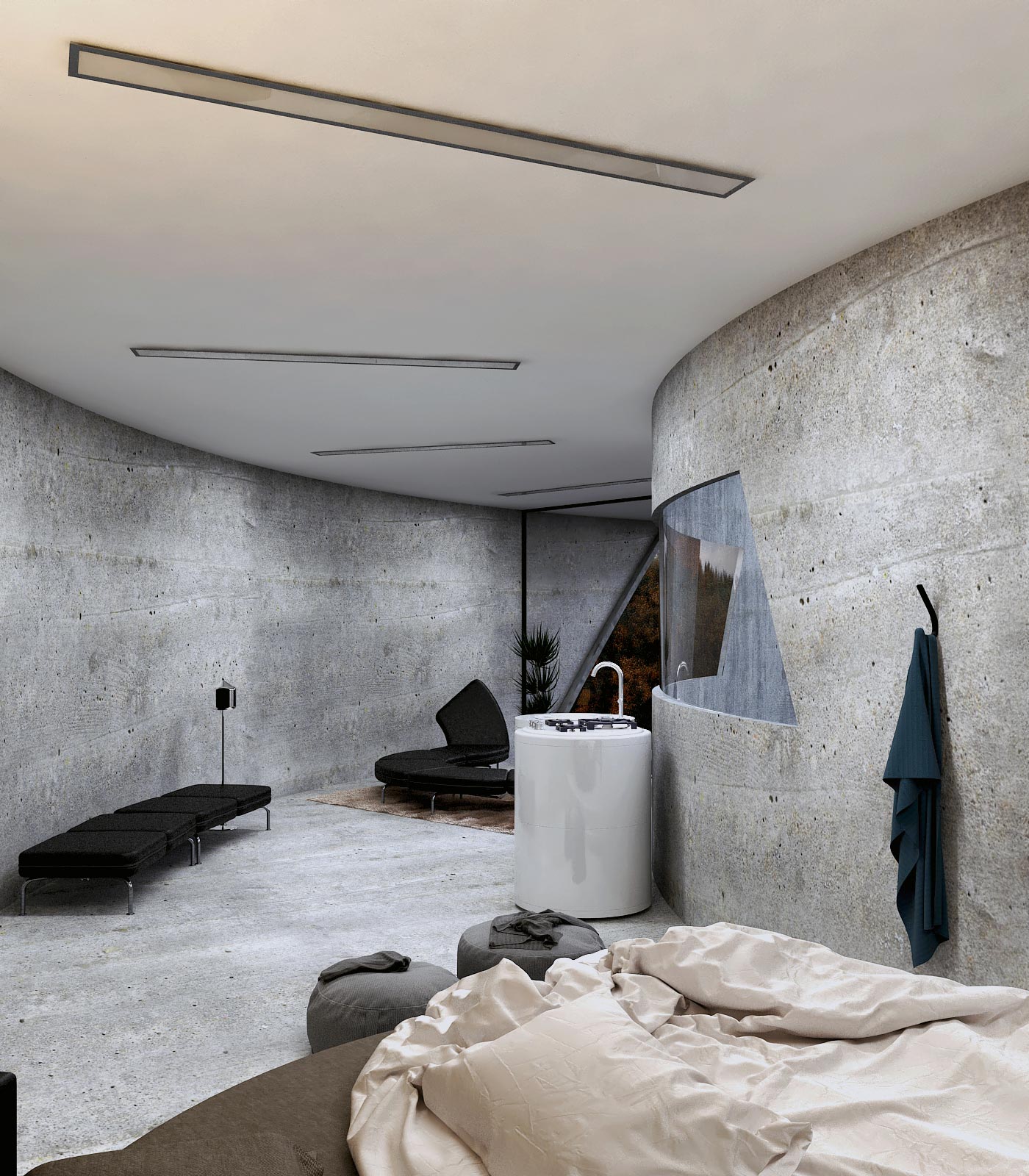 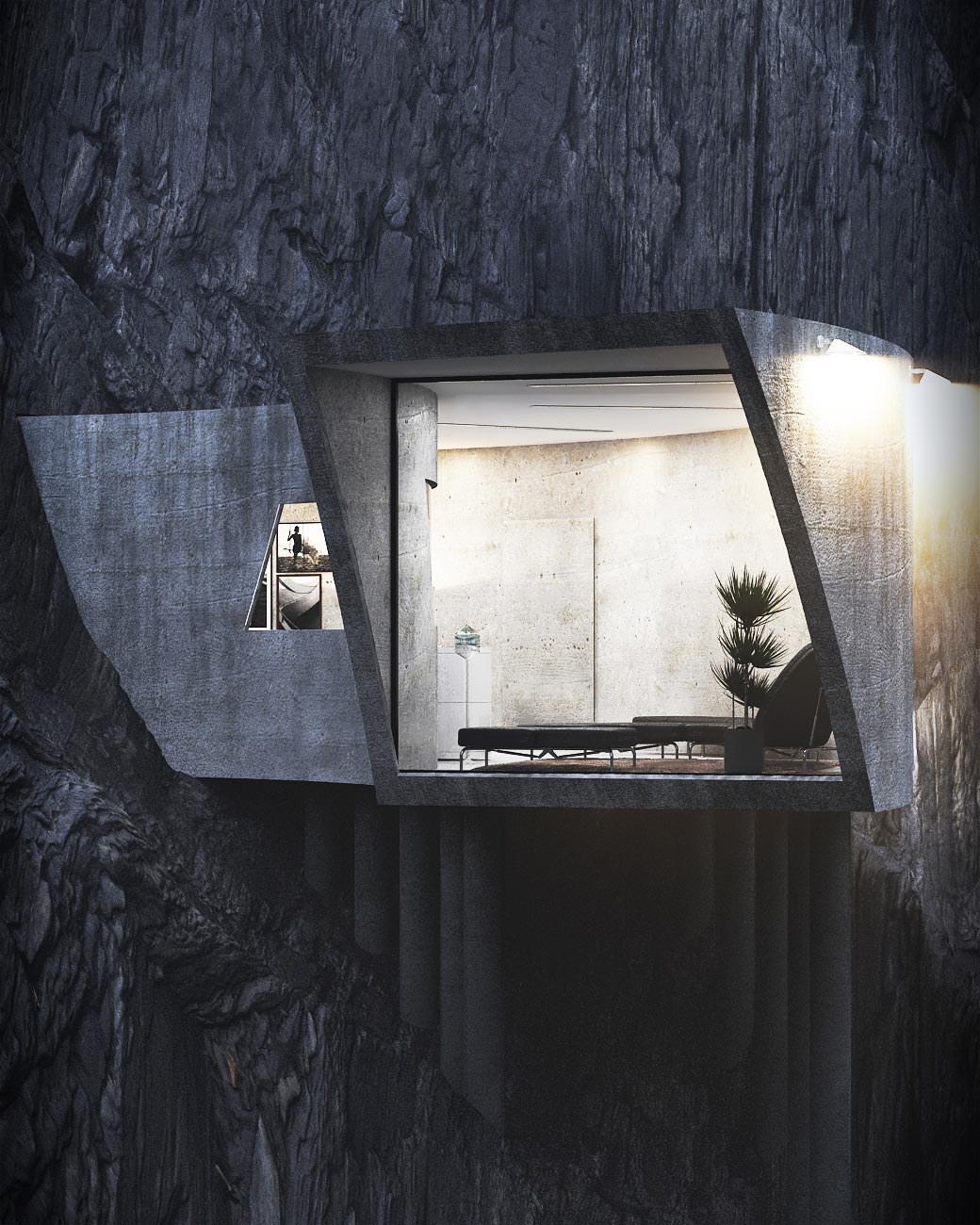 "The exterior and interior concrete building, which rotates in the rocks and into the lake and the forest, can give the resident a feeling of relaxation." explains Reza.

Inside there's a stripped-down vibe to the curved living area but there’s more than enough room for everything you could need.

The striking building features a kitchen, bedroom and an entertainment area that offers a completely unobstructed view of the surrounding landscape.

The large window is complemented by another that runs along the interior of the entire structure, flooding the space with natural light. 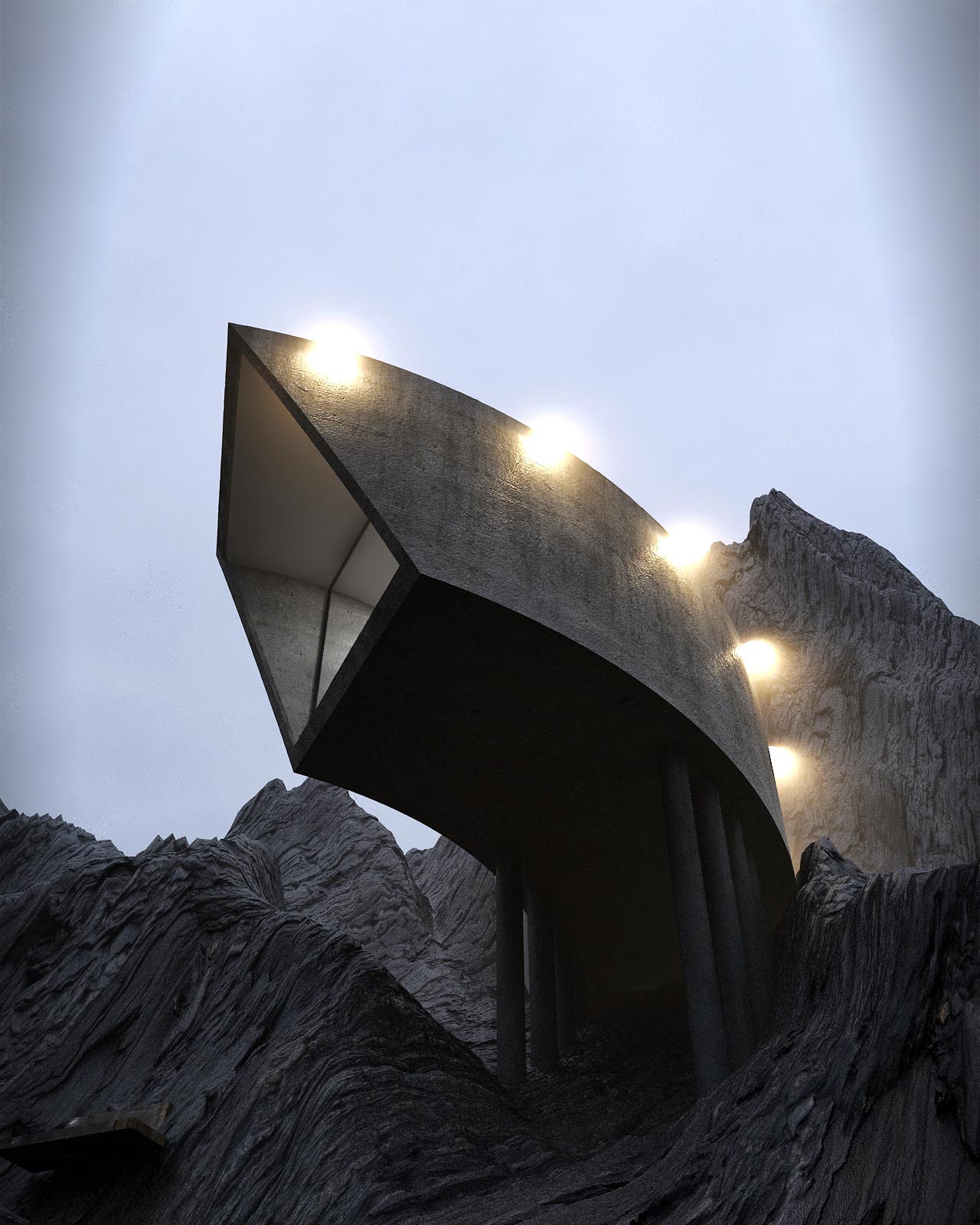 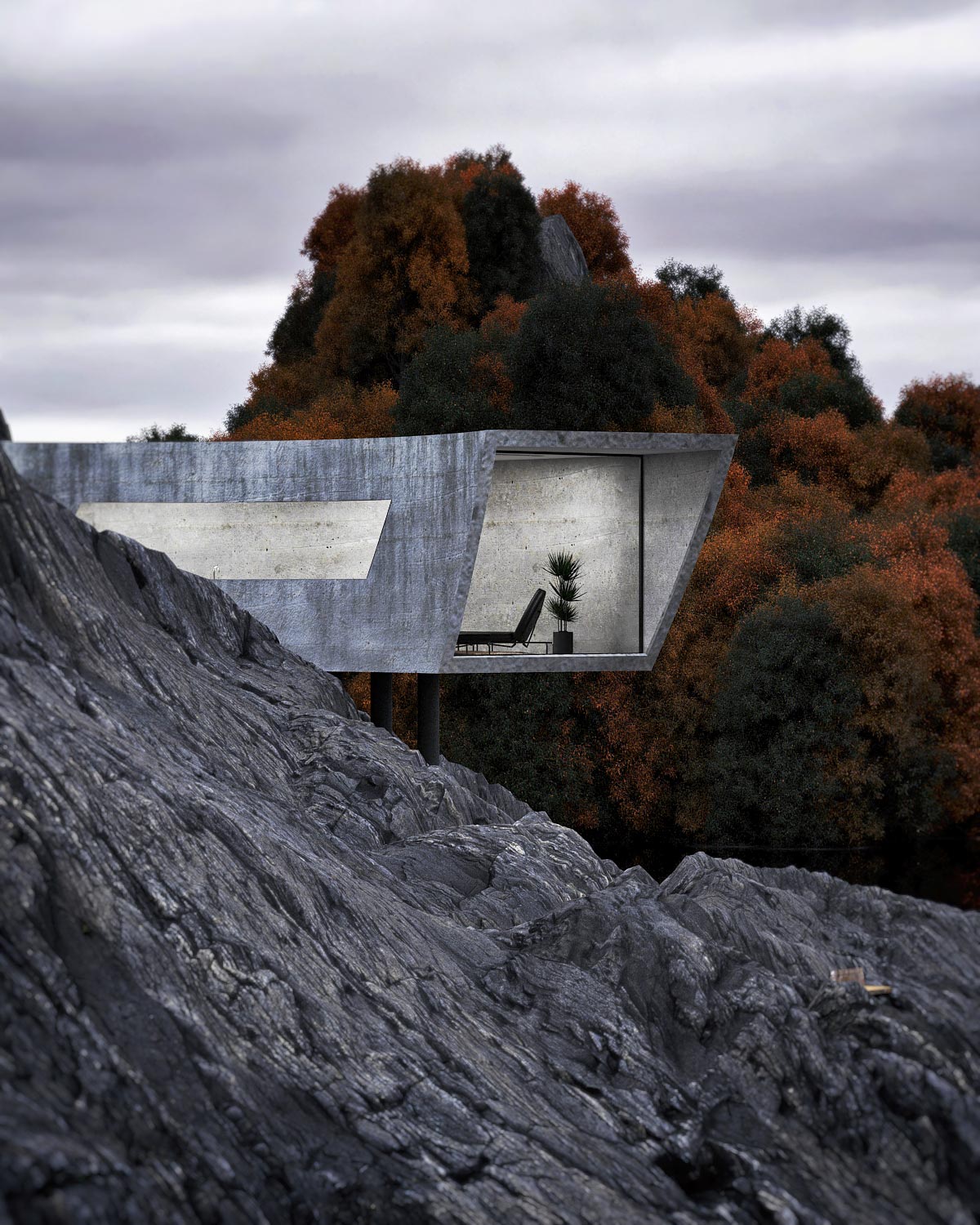 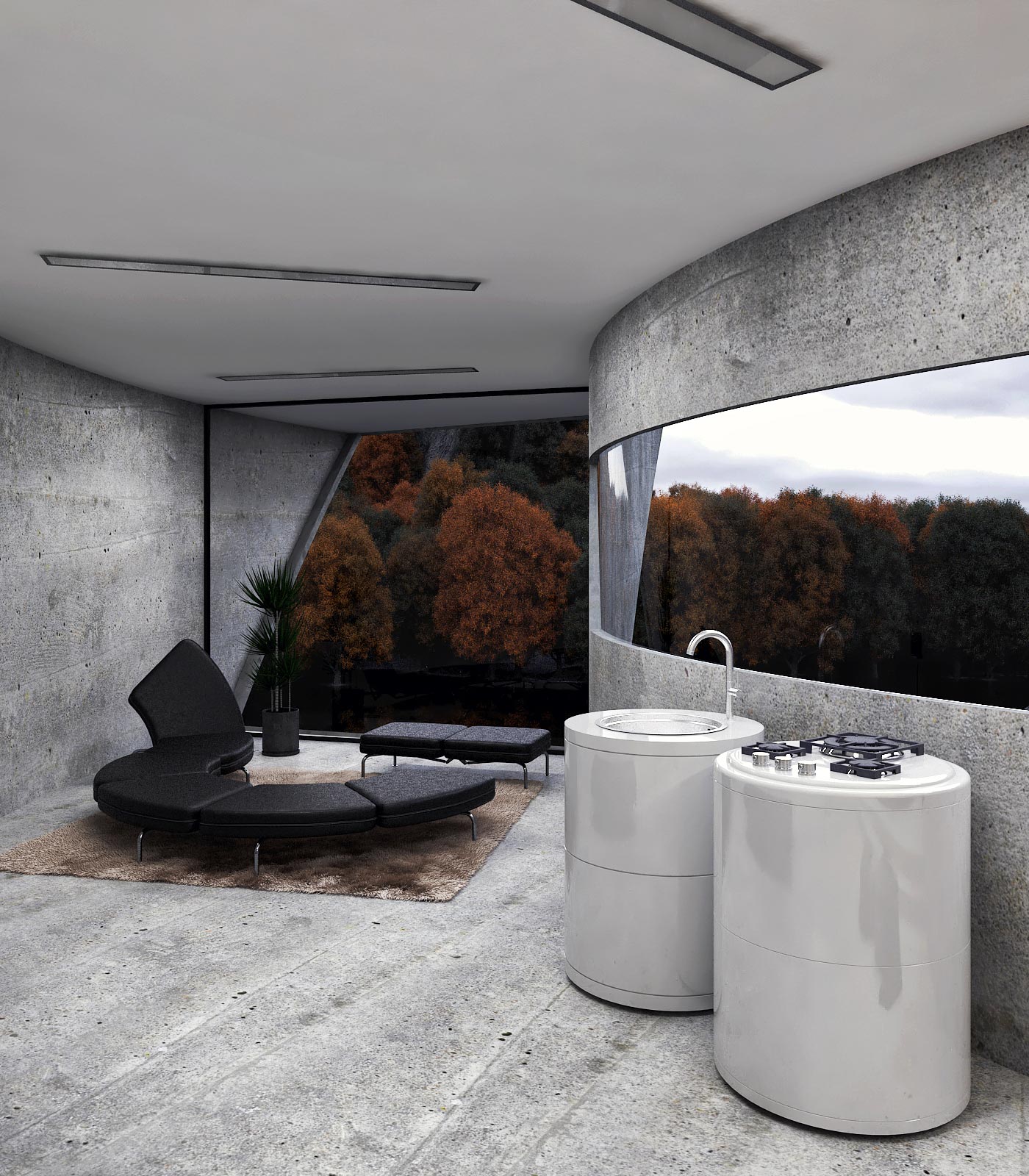 It's not the first bizarre house design to surface in recent months.

In January, architects unveiled plans for a house inspired by Tesla's bizarre new SUV, the Cybertruck.

The futuristic concrete-and-steel structure dubbed "CyberHouse" was designed to withstand a nuclear war or zombie outbreak. 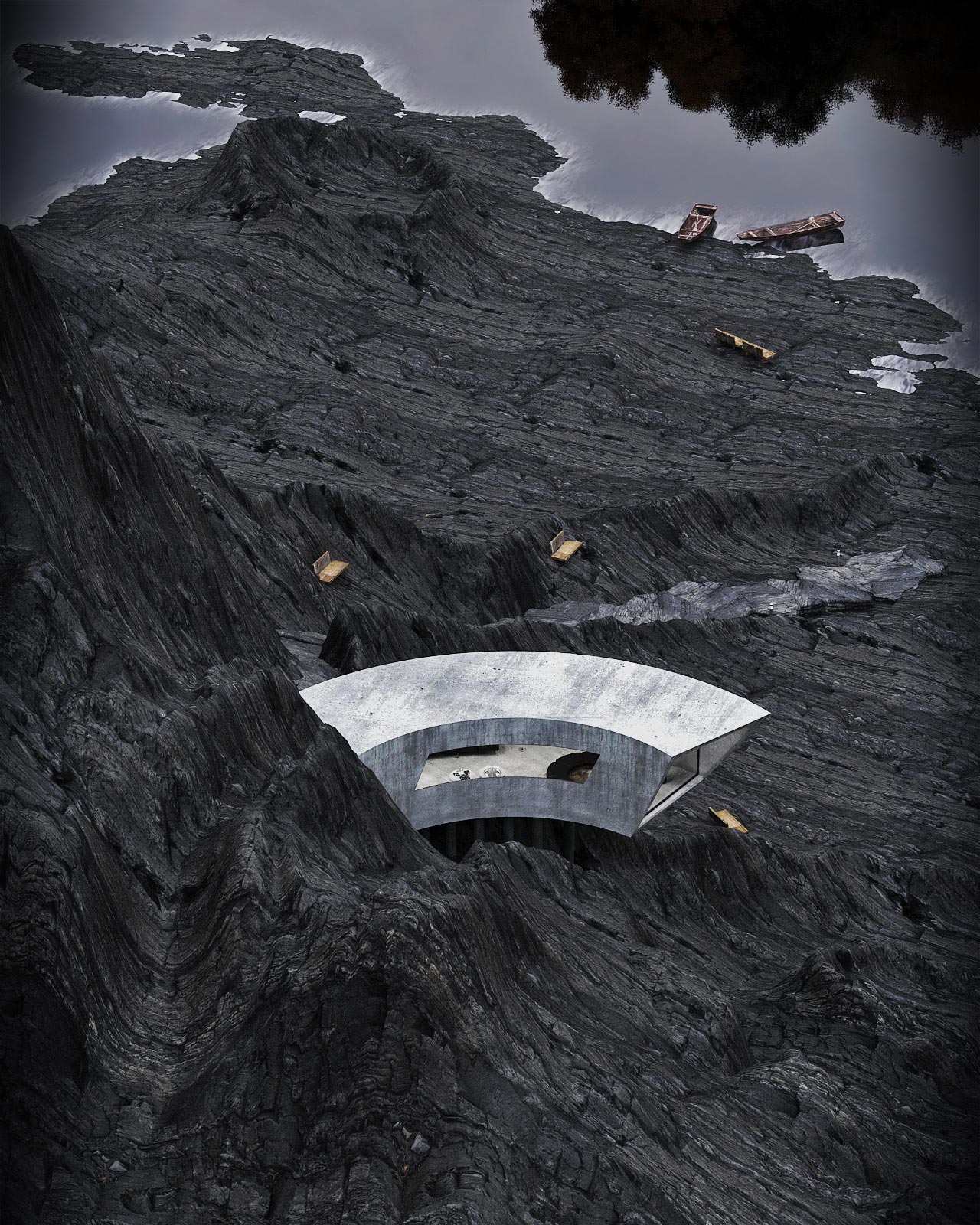 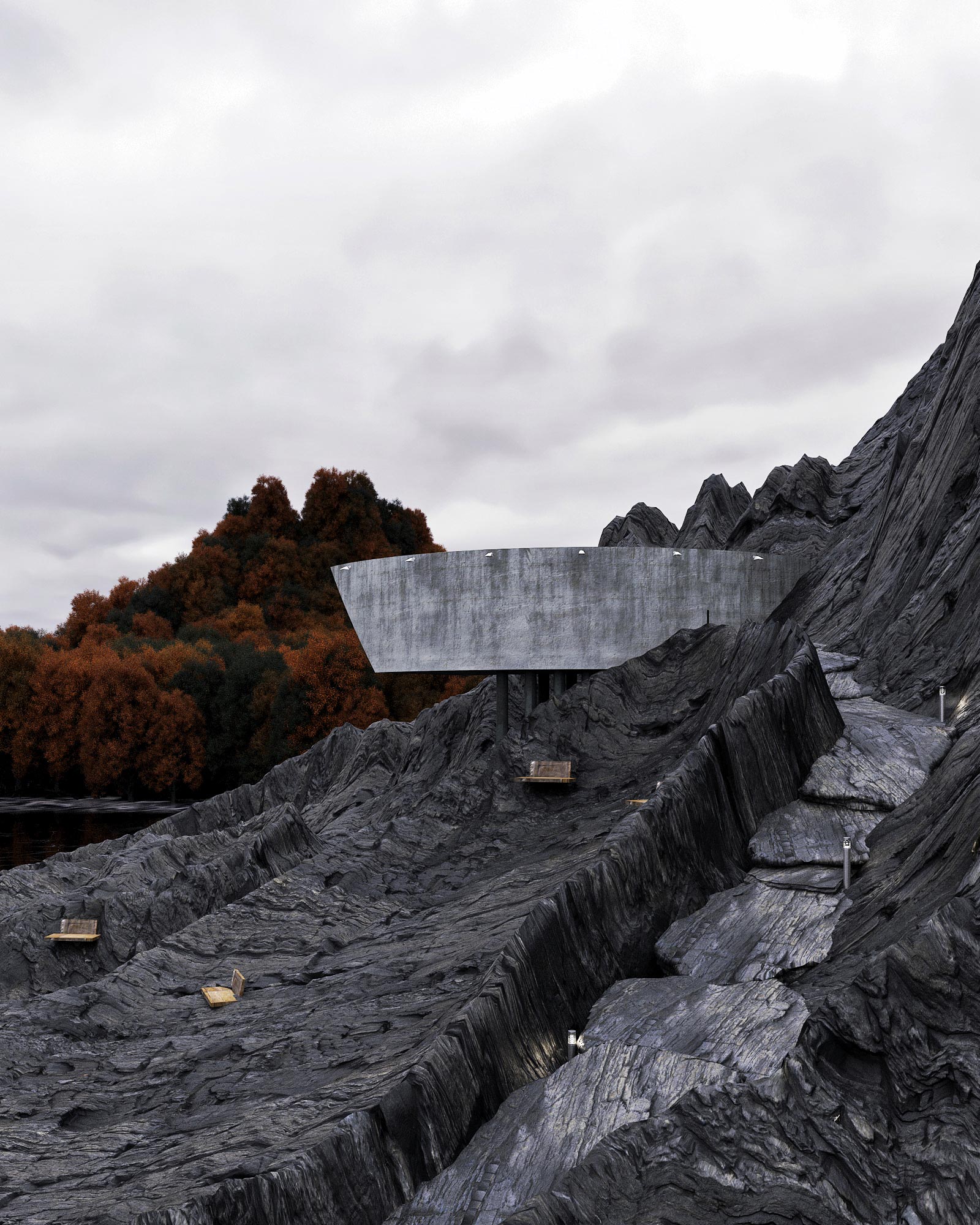 In other news, you can read more about the Tesla-inspired apocalypse bunker here.

Nasa recently unveiled a giant inflatable pod that could one day float space-travellers to Mars in comfort.

The mega-cities of the future have been pictured in funky 3D designs.

What do you think of the "Bond villain" home? Let us know in the comments!