Looters who snag iPhones won't be able to use them

Business owner on struggle to rebuild after riots in Ferguson

Looters who snagged iPhones and other devices from Apple stores this weekend will likely be unable to use them.

Apple stores in cities including Philadelphia, Washington, D.C., and Phoenix were looted, according to reports on social media.

However, Apple is a step ahead of anyone who steals electronics like the iPhone: since 2016, demo devices have only worked in-store. The iPhones can't do anything but respond to "Find my iPhone" when removed from stores, 9to5Mac reported. A person leaves the Apple Store as a police car burns during the Justice for George Floyd Philadelphia Protest on Saturday, May 30, 2020 in Philadelphia. (AP Photo/Matt Rourke) 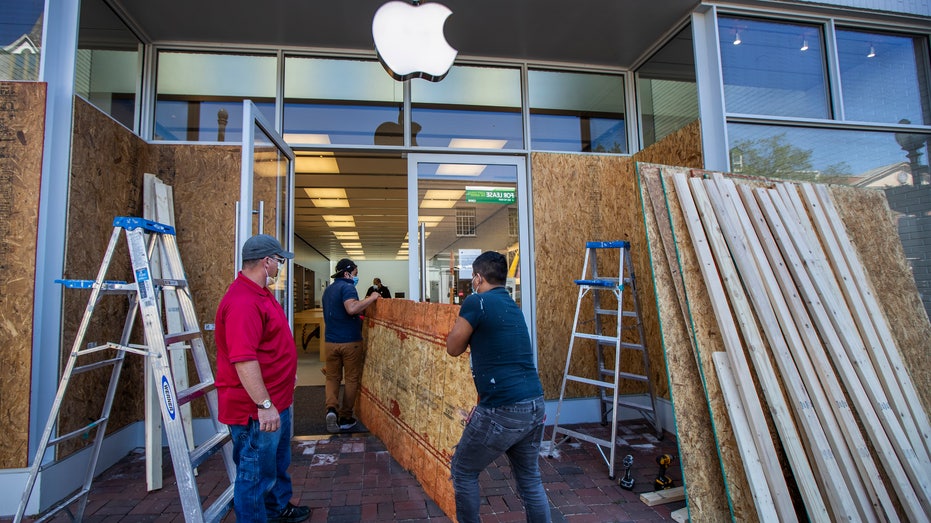 Target, Nordstrom, Nike and other retailers were looted this weekend amid protests calling attention to the death of George Floyd.

Former Minneapolis Police Officer Derek Chauvin was fired after video emerged showing him detaining Floyd and kneeling on Floyd's neck. Chauvin was charged with third-degree murder and second-degree manslaughter after protests that began in Minneapolis and spread throughout the country.

Apple CEO Tim Cook weighed in on the protests on Thursday.

FOX Business' inquiry to Apple was not returned at the time of publication.