Matt Taibbi: Media outlets 'once challenged the Spy State,' now they're 'agents' of it

Journalist Matt Taibbi blasted members of the media for their transformation from being challengers to what he referred to as the “Spy State” to becoming “agents” of it.

Taibbi wrote a scathing piece on his Substack arguing that “news companies are pioneering a new brand of vigilante reporting” by “partnering with the spy agencies they once oversaw.”

He began by recalling WikiLeaks’ 2010 release of US government secrets from the war in Afghanistan, which he noted that outlets like The New York Times, The Guardian and Der Spiegel “helped” in exposing the documents that were “devastating to America’s intelligence community and military,” adding that such revelations later inspired former NSA contractor Edward Snowden to come forward in 2014 to expose the agency’s surveillance program, resulting in Pulitzer Prizes for journalists Glenn Greenwald, Jeremy Scahill and Laura Poitras.

“Fast forward seven years. Julian Assange is behind bars, and may die there. Snowden is in exile in Russia. Brennan, Clapper, and Hayden have been rehabilitated and are all paid contributors to either MSNBC or CNN, part of a wave of intelligence officers who’ve flooded the airwaves and op-ed pages in recent years, including the FBI’s Asha Rangappa, Clint Watts, Josh Campbell, former counterintelligence chief Frank Figliuzzi and former deputy director Andrew McCabe, the CIA’s John Sipher, Phil Mudd, Ned Price, and many others,” Taibbi wrote. 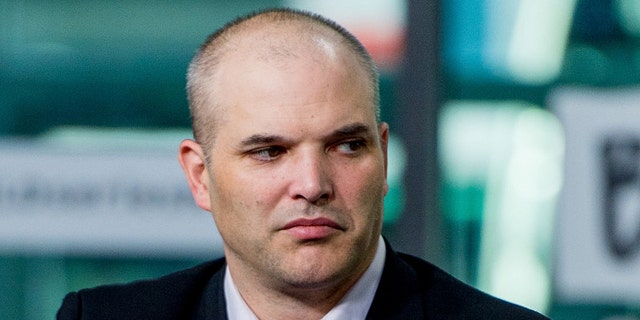 Matt Taibbi penned a scathing column declaring that "the American left has lost its mind" and the journalism industry is suffering as a result. (Rochlin/FilmMagic)

The liberal commentator then listed the efforts from various news outlets “snooping for evidence of wrongness” in assistance of the surveillance state, pointing to a report from The Guardian sounding the alarm on podcasts, ProPublica targeting Apple by arguing its “lax speech environment contributed to the January 6th riot,” and reporters from the New York Times, Vice and The Verge “listening in to Clubhouse chats in search of evidence of dangerous thought.”

Taibbi also singled out The Intercept for its ‘FBI-like hunt for ‘extremists'” on the social media platform Gab, something he stressed was “more or less the exact opposite of the company’s original mission, which focused on the institutional abuses of the very counterintelligence and law enforcement bureaucracies they now seem anxious to aid.”