McConnell, Braun to roll out bill to prevent Democrats from 'weaponizing' IRS to target conservatives 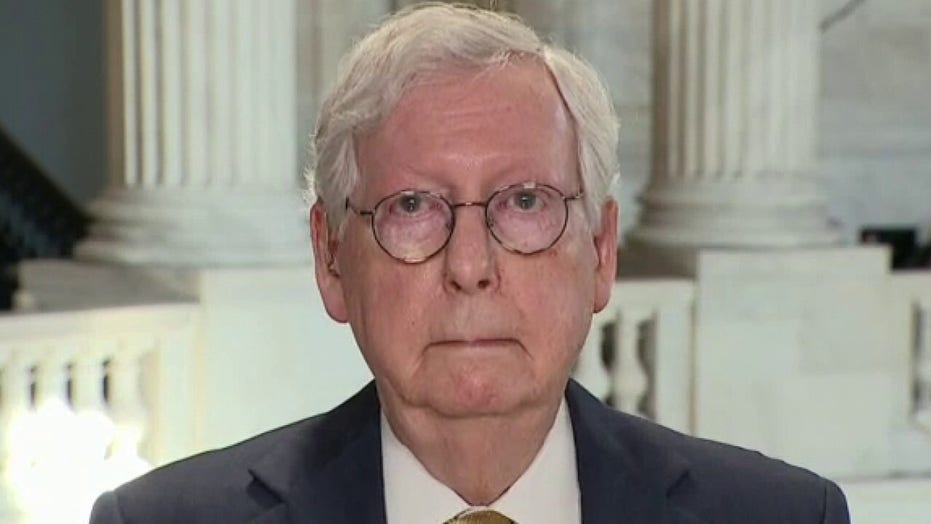 EXCLUSIVE: Senate Minority Leader Mitch McConnell and Republican Sen. Mike Braun are rolling out a measure Thursday that would prevent Democrats from “weaponizing” the Internal Revenue Service to target conservatives, by codifying a Trump-era rule that would protect groups regardless of their political ideology, and prevent the IRS from doxing donors, Fox News has learned.

Fox News exclusively obtained the legislation on Wednesday, titled the “Don’t Weaponize the IRS Act,” which would ensure that certain tax-exempt groups are no longer required to provide the names and addresses of major donors on annual returns filed with the IRS.

The bill would, though, require the tax-exempt groups to report to the IRS the amounts of donations from their substantial donors, while maintaining the names and addresses of those donors for their own records.

Sources familiar with the legislation said the removal of the requirement to report the names and addresses of donors would help protect taxpayers’ First Amendment rights, while noting that such information is not needed for tax administration purposes.

“The IRS is not a campaign finance enforcement agency,” a source familiar with the legislation told Fox News.

The legislation was drafted due to provisions under H.R. 1, which would permit the IRS to investigate and consider the political and policy positions of nonprofit organizations before granting tax-exempt status, which Republicans argue would enable IRS officials to target organizations engaging in First Amendment activity with “disfavored views.”

“We saw during the Obama years that the IRS was used as a political weapon to target conservative nonprofits, and under H.R.1 the Biden IRS would be empowered to block tax-exempt status and publicly expose a group’s donors to harassment from liberal groups and the media if their beliefs are deemed to be politically unfavorable,” Braun, R-Ind., told Fox News.

“This bill will prevent the IRS from being weaponized against conservatives like it was under President Obama,” Braun added. 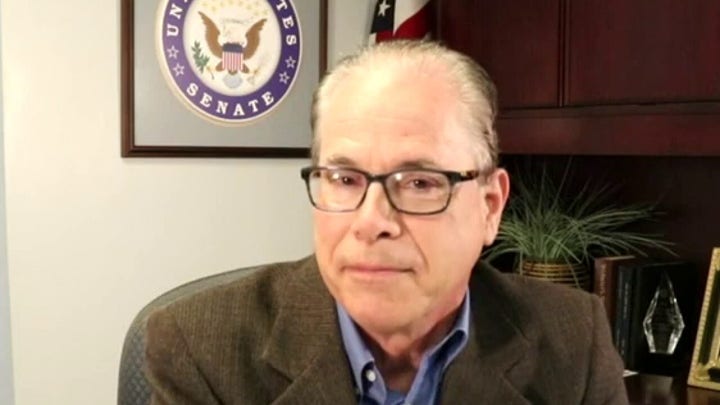 Under H.R.1, For the People Act of 2021, Democrats’ sweeping election reform legislation, Section 4501 states the “Repeal of restriction of use of funds by Internal Revenue Service to bring transparency to political activity of certain nonprofit organizations.”

The restriction was a final rule promoted by the Trump administration in May 2020, which did not require tax-exempt 501 ( c ) (3) and political organizations to report the names and addresses of substantial contributes to the IRS on annual information returns.

And in April, Senate Democrats penned a letter to Treasury Secretary Janet Yellen and IRS Commissioner Charles Rettig, urging the agencies to reverse the Trump administration’s decision to “eliminate disclosure requirements for certain tax-exempt organizations that engage in political activity.”

“As it stands, this policy weakens federal tax laws, campaign finance laws, and longstanding efforts to prevent foreign interference in U.S. elections,” more than three dozen Senate Democrats wrote, urging the agencies to “reinstate the requirement that certain tax-exempt organizations engaged in political activity disclose information about their major donors to the IRS.”

The Trump administration, after years of litigation, in 2017, settled lawsuits with Tea Party and other conservative groups who say they were unfairly targeted but the IRS under the Obama administration.

The targeting scandal drew heavy attention in 2013 after the IRS admitted it applied extra scrutiny to conservative groups applying for nonprofit status. Lois Lerner, then-head of the Exempt Organizations unit responsible, became the public face of the scandal, though many other IRS officials were also involved.

In a 2017 settlement, the IRS offered an apology, saying the agency “admits that its treatment of Plaintiffs during the tax-exempt determination process, including screening their applications based on their names or policy positions, subjecting those applications to heightened scrutiny and inordinate delays, and demanding some Plaintiffs’ information that TIGTA determined was unnecessary to the agency’s determination of their tax-exempt status, was wrong.”

“For such treatment, the IRS expresses its sincere apology,” the IRS said at the time.

McConnell and Braun’s legislation is set to be rolled out on Thursday.