McDonald's says it is suing Stephen Easterbrook, the CEO it ousted last year over an inappropriate relationship with an employee, alleging that he covered up relationships with other employees and destroyed evidence.

Easterbrook, according to a lawsuit, approved a special grant of restricted stock, worth hundreds of thousands of dollars, to one of those employees. 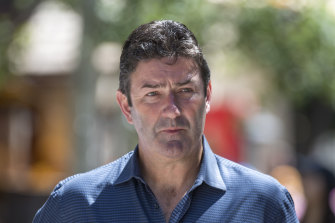 The company now wants to reclaim hundreds of thousands of dollars in compensation paid to Easterbrook on his departure.

McDonald's fired Easterbrook last November after he acknowledged exchanging videos and text messages in a non-physical, consensual relationship with an employee. Easterbrook told the company that there were no other similar instances.

Based on what the company knew at the time, the McDonald's board approved a separation agreement "without cause" that allowed Easterbrook to keep nearly $US42 million ($58 million) in stock-based benefits, according to Equilar, which tracks executive compensation. Easterbrook also collected 26 weeks of pay, amounting to compensation of about $US670,000.

McDonald's says in a lawsuit that in July, it became aware of sexual relationships between Easterbrook and three other employees prior to his termination. The company said on Monday that Easterbrook removed evidence of those relationships — including sexually explicit photos and videos sent from corporate email accounts — from his mobile phone, preventing investigators from learning about them prior to his firing.

In a lawsuit filed in Delaware, McDonald's said it would not have terminated Easterbrook without cause if it had known of the additional relationships.

McDonald's is now attempting to block Easterbrook from exercising his stock options and said it will seek compensatory damages.

Easterbrook could not immediately be reached for comment early on Monday.

Related posts:
Hot News
Late Supreme Court Justice Ruth Bader Ginsburg's 'fervent' last wish was that she 'not be replaced until a new president is installed'
Presidents, lawmakers, and justices react to the death of Supreme Court Justice Ruth Bader Ginsburg
WeWork CEO commits to paying out at least 50% of its employee bonuses, saying its 'more important' to reward employees during challenging years than good years
12 direct-to-consumer kitchen startups that are changing the way we shop for cookware and knives
Trump calls mail-in voting a scam, says Democrats are setting up election 'mess'
The CEO of Unity explains why it let employees sell shares in its successful, unconventional IPO: 'I wanted them to participate on the same level playing field as a banker or investor'
TikTok Lobbyists Took Case Against Ban to Trump Campaign
Recent Posts
This website uses cookies to improve your user experience and to provide you with advertisements that are relevant to your interests. By continuing to browse the site you are agreeing to our use of cookies.Ok