Mexican National Accused Of Spying For Russia In Florida

A Mexican national arrested in Miami on Monday is accused of acting as a spy for Russia while digging up information on a confidential U.S. government source.

Hector Alejandro Cabrera Fuentes, who is a resident of Singapore, was prevented from boarding a plane from Miami International Airport to Mexico City on Sunday following a search of his and his wife’s cellphones by U.S. Customs and Border Protection, the U.S. Justice Department said Tuesday.

The search uncovered a photo of a license plate that belonged to the government source, who had been providing information to the U.S. about the Russian Intelligence Service. The photo had been deleted from Fuentes’ wife’s phone, but not before it was sent to Fuentes through the messaging app WhatsApp, authorities said. 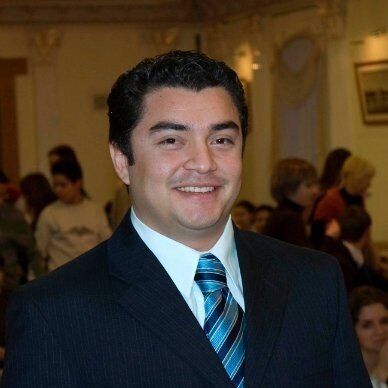 The 35-year-old allegedly confessed that he had instructed his wife, who is from Mexico, to take the photo after he was recruited by a Russian government official in 2019. He told U.S. authorities he was recruited after his second wife and two children were detained by Russian customs officials during a visit in March, according to a copy of the criminal complaint. It’s not clear whether his two wives know about each other.

Fuentes said that after his wife and children were detained, he traveled to Russia to see them and was approached there by an official he believed worked for the Russian government. That individual, in a later meeting, showed him a hard-copy printout of his Gmail account from 2015 and said that he knew Fuentes had been looking for real estate in the Miami area. Fuentes said he confirmed the authenticity of the printout and agreed that he had been looking for real estate, according to the complaint.

The Russian official acknowledged the situation his family was in and allegedly told Fuentes that “we can help each other.”

The two men met again in Russia in September and Fuentes said he was instructed to rent property at a condominium complex in Miami where the U.S. government source lived. He was told not to rent it under his name or to let his family in Russia know about their meetings.

Fuentes agreed to this deal and in December provided $20,000 to an associate to rent property in the building in the associate’s name. When Fuentes and the official met again in Russia in early February, the Russian official instructed him to go to the condominium complex and locate the U.S. government source’s vehicle using a description provided. He was then told to obtain the vehicle’s license plate number and note its physical location in the building’s parking lot. He was told not to take a photo of the vehicle.

On Feb. 14, one day after flying into the U.S. from Mexico City, authorities said Fuentes and his wife were seen tailgating another vehicle to gain access to the gated condo complex where the government source resides. Once inside, he was confronted by a security guard who questioned his business at the building.

Fuentes gave the guard a name of someone he was visiting but the guard did not recognize the name and asked him and his wife to leave. As this discussion was happening, Fuentes’ wife snapped a photo of the license plate belonging to the U.S. government source’s parked vehicle. Two days later, on Feb. 16, Fuentes and his wife traveled to Miami International Airport with plans to fly to Mexico City. He was arrested the following day.

Fuentes is charged with acting within the United States on behalf of a foreign government without notifying the attorney general, and conspiracy to do the same.

At a court hearing on Tuesday, Fuentes said he had a variety of jobs around the world. One of his jobs as a researcher at the National University of Singapore pays him $7,500 a month. Another job with an Israeli company based in Germany pays him $5,000 a month, he said, according to the Miami Herald.

A LinkedIn page for Fuentes lists him as having studied biology and biochemistry at universities in both Germany and Russia.

Fuentes was assigned a public defender after reportedly telling the judge that it would be difficult for him to acquire money to pay for his own defense attorney.

“None of my family knows I’m here,” he told the judge, according to the Herald.

A pretrial detention hearing has been set for Friday morning.

Related posts:
Hot News
Democrats' last hope to stop Trump from replacing Ruth Bader Ginsburg rests with a handful of Republican senators
Mitch McConnell Pledges Senate Vote on Ruth Bader Ginsburg's Replacement Just Hours After Her Death
Trump said he was 'actually sad' to hear of Supreme Court Justice Ruth Bader Ginsburg's death: 'She led an amazing life'
Ginsburg Cleared Path to Include the Excluded
Amy Coney Barrett Emerges as Frontrunner for Trump Court Pick
GOP Sen. Lisa Murkowski said she wouldn't vote to confirm a Trump nominee pre-election hours before Ruth Bader Ginsburg's death
Cable News Preps for a ‘Monumental Fight’ Over Ruth Bader Ginsburg’s Replacement
Recent Posts
This website uses cookies to improve your user experience and to provide you with advertisements that are relevant to your interests. By continuing to browse the site you are agreeing to our use of cookies.Ok