Sen. Gary Peters of Michigan will steer the Senate Democrats reelection efforts in next year’s midterm elections, when the party will be defending its fragile majority in the chamber.

Senate Majority Leader Chuck Schumer on Thursday announced that Peters, who narrowly won reelection in November, will serve during the 2022 election cycle as chair of the Democratic Senatorial Campaign Committee, which is the reelection arm of the Senate Democrats.

“Gary Peters is a hardworking, disciplined and effective member of the Senate, and I know he will be an outstanding DSCC Chair to ensure Democrats protect our strong incumbents and go on offense to expand our majority,” Schumer touted in a statement. 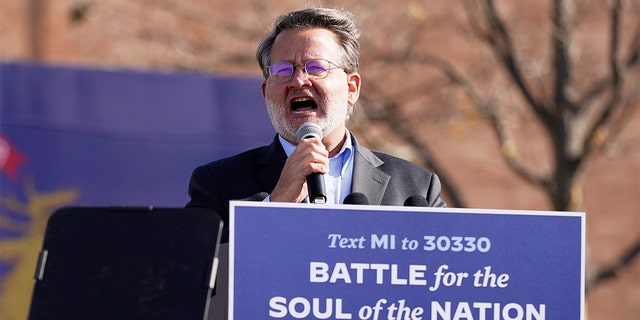 The Senate is split 50-50 between the two parties, but the Democrats won back the chamber’s majority for the first time in six years due to the tie-breaking vote of Vice President Kamala Harris. That means Republicans only have to flip one seat in 2022 to regain the majority they lost in the 2020 elections.

But the GOP is defending 20 of the 34 seats up for grabs next year. The difficult map isn’t the only obstacle facing the Republicans. They’re also defending open seats in two crucial battleground states due to retirements. Sens. Pat Toomey of Pennsylvania and Richard Burr of North Carolina are not running for reelection. And two-term Republican Sen. Rob Portman of Ohio announced this week that he’ll retire from the Senate rather than run for re-election in 2022.

There’s also a potential headache in Iowa, where 87-year-old GOP Sen. Chuck Grassley is staying mum so far on whether he’ll run for an eighth six-year term in the Senate. And in the battleground state of Wisconsin, Republican Sen. Ron Johnson hasn’t said if he’ll run for a third term.

But Republicans see pick up opportunities in Arizona and Georgia, where Democrats Mark Kelly and Raphael Warnock – who won special elections to serve two years in the Senate – are up for reelection in 2022 in key battleground states. And the GOP sees possible pickups in Nevada and New Hampshire, where first-term Democratic Sens. Catherine Cortez Masto and Maggie Hassan are running for reelection in competitive states. And Schumer, the top Democrat in the chamber, could possibly have to fend off a primary challenge from progressive champion Rep. Alexandria Ocasio-Cortez.

Peters, a former congressman, first won election to the Senate by double digits in the GOP wave year of 2014. But he won reelection in November by less than two points over GOP challenger John James. Peters’ margin of victory in Michigan was slightly less than Joe Biden’s victory in the state over then-President Trump.

“Senator Cortez Masto’s hard work and strong leadership as DSCC Chair played a critical role in Democrats winning the Senate majority,” Peters said in a statement. “I look forward to drawing on my own experience winning tough races to continue that work, and I am grateful to Majority Leader Schumer and our caucus for trusting me with this responsibility. We have a great opportunity in 2022 to defend and expand our Democratic majority.”

The DSCC’s counterpart, the National Republican Senatorial Committee, took aim at Peter’s reputation for being low-key and studious. The NRSC said that the naming of Peters as DSCC chair “is an inspiration to uninspiring people everywhere.”