Activision is famous for publishing the Call of Duty franchise. 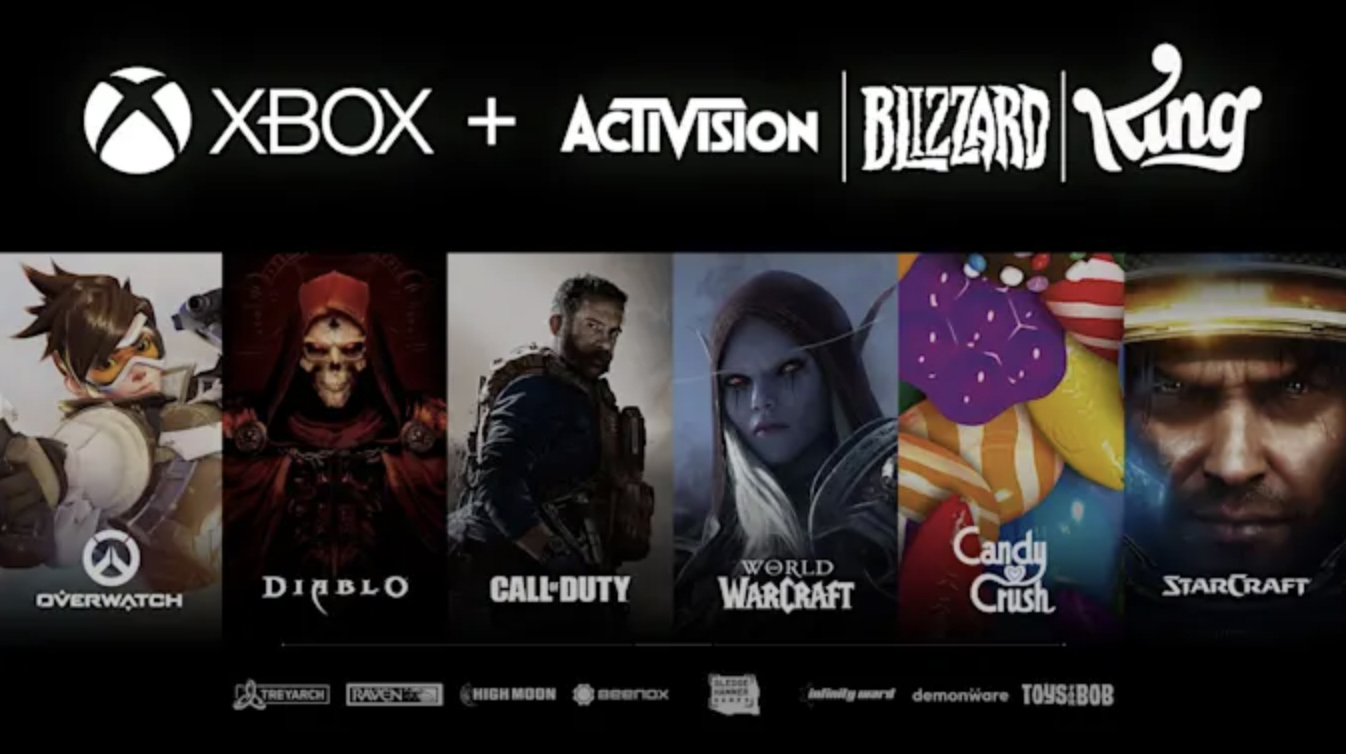 Microsoft has big plans to develop a Facebook-style metaverse and says its growing gaming section will play a key role in this.

Microsoft CEO Satya Nadella in a statement: "Gaming is the most dynamic and exciting category in entertainment across all platforms today and will play a key role in the development of metaverse platforms.

"We’re investing deeply in world-class content, community and the cloud to usher in a new era of gaming that puts players and creators first and makes gaming safe, inclusive and accessible to all."

The purchase is Microsoft's biggest purchase to date and is thought to be the biggest gaming acquisition ever.

The deal means many of Activision’s games will be added to Xbox Game Pass.

Activision is behind popular games like World of Warcraft and Diablo.

Candy Crush and Overwatch are its other big titles along with the many Call of Duty games.

The final acquisition hasn't happened yet but when it does all those games will belong to Microsoft.

This is great news for any of the 25 million Xbox Games Pass subscribers who are about to get access to some very popular games.

Microsoft says it will be the “third-largest gaming company by revenue, behind Tencent and Sony” when it finalises the acquisition.

Activision was sued by the California Department of Fair Employment and Housing (DFEH) last July.

It was accused of promoting a culture of “constant sexual harassment.”

Multiple employees have come forward with sexual harassment claims since then.

An $18million settlement was reached with the US Equal Employment Opportunity Commission in September.

However, that settlement is being appealed.

Microsoft hasn't addressed how it plans to deal with this.

Microsoft’s CEO of gaming said: "As a company, Microsoft is committed to our journey for inclusion in every aspect of gaming, among both employees and players.

"We deeply value individual studio cultures. We also believe that creative success and autonomy go hand-in-hand with treating every person with dignity and respect.

"We hold all teams, and all leaders, to this commitment. We’re looking forward to extending our culture of proactive inclusion to the great teams across Activision Blizzard."

Ben Barringer, equity research analyst at Quilter Cheviot, told us: "Microsoft has exceptionally large cloud assets so the deal will no doubt be good for cloud gaming, and there are early discussions on how the deal opens up the possibility of Microsoft increasing its involvement with the metaverse.

"The deal will close in 2023 at which point Activision games will be available on Microsoft Game Pass.

“For Activision, the deal hints at a much needed cultural improvement at the company, influenced by the strong culture at Microsoft.

"Efforts to improve diversity and workplace culture at the firm are well overdue.”

In other news, cryptocurrency tycoons who spent $3million (£2.2million) buying a copy of a notebook have been left disappointed.

China has built an 'artificial moon' to train its astronauts for future missions.

And, a new virtual reality vest that lets you feel multiple sensations could be used by long-distance lovers.