Minnesota doctors silenced over COVID views: 'If it's happening to someone else, it could happen to you' 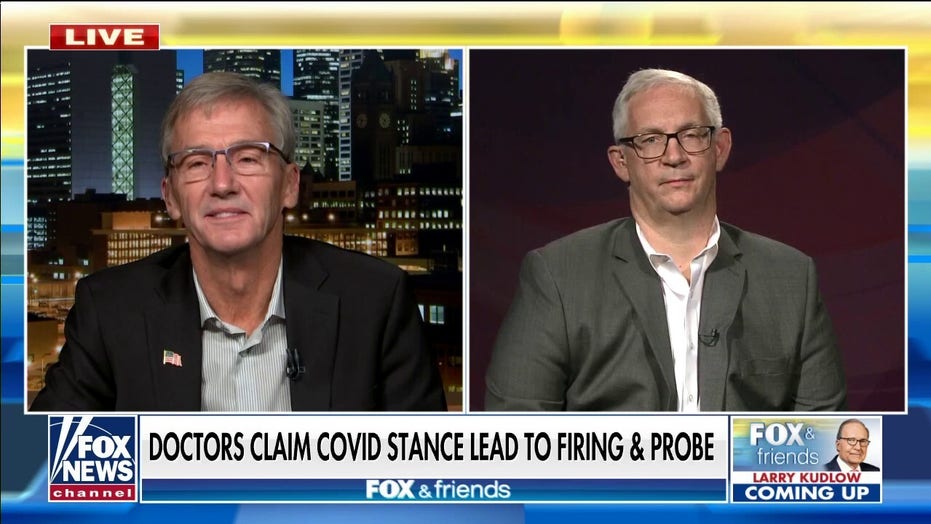 Doctors silenced over stance on COVID: ‘If it’s happening to someone else, it could happen to you’

Dr. Scott Jensen and Dr. Jeffrey Horak speak out after facing an investigation, and termination respectively, as they both reiterate the importance of protecting individual rights.

Two Minnesota doctors are speaking out after being silenced for reiterating the importance of individual rights as it pertains to COVID-related policies.

Dr. Scott Jensen, a GOP gubernatorial candidate in the state, faces a fifth investigation in just one year for emphasizing the importance of natural immunity, and Dr. Jeffrey Horak was reportedly terminated from his role of 15 years as a veteran of general surgery after speaking at a local school board meeting.

The pair joined “Fox & Friends” on Thursday to discuss the repercussions of being “canceled,” and emphasize the importance of protecting individual rights despite the global pandemic.

“[The] vaccines are a game-changer, it helps a ton of people,” Dr. Jensen reiterated. “I think we have to remember that health freedom has to, if you will, be the overarching guiding light. This is America, and we have a Constitution.”

Dr. Jensen explained the vaccine must be “targeted,” however, to people most vulnerable to severe cases of COVID-19, rather than applying broad mandates.

“We’ve seen so much weaponizing of different tools,” Dr. Jensen explained. “The Minnesota Board of Medical Practice has been weaponized by people who disagree with my interest in trying to provide some kind of context into what’s going on.” 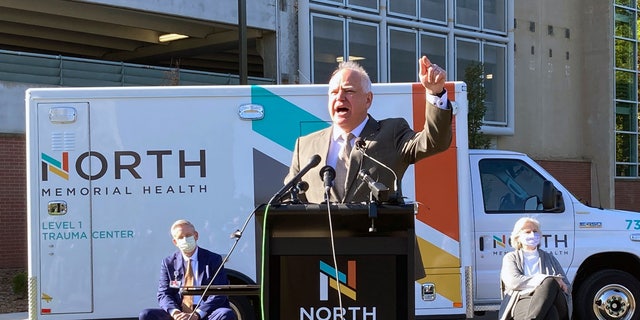 Minnesota Gov. Tim Walz announces measures on Friday, Oct. 15, 2021, to use the Minnesota National Guard to alleviate staffing shortages at health care facilities that have been hit hard by the COVID-19 surge. The governor spoke outside North Memorial Health Hospital in the Minneapolis suburb of Robbinsdale. (AP Photo/Grant Schulte)

“I really think the critical takeaway message for all of us is that if it’s happening to someone else, it could happen to you.”

Dr. Horak was forced to leave his job as a general surgeon about one week after he spoke at a school board meeting, where he shared his professional expertise regarding mask mandates in schools. He recommended schools should allow parents to decide whether they want to mask their children or not.

“I gave my expertise and my professional opinion. Nine days later my employer, Lake Region Medical Group, gave me an option to resign or to be terminated. The only information I got was that my views were no longer congruent with that of my employer. … I was just shocked, I didn’t know what to do.” 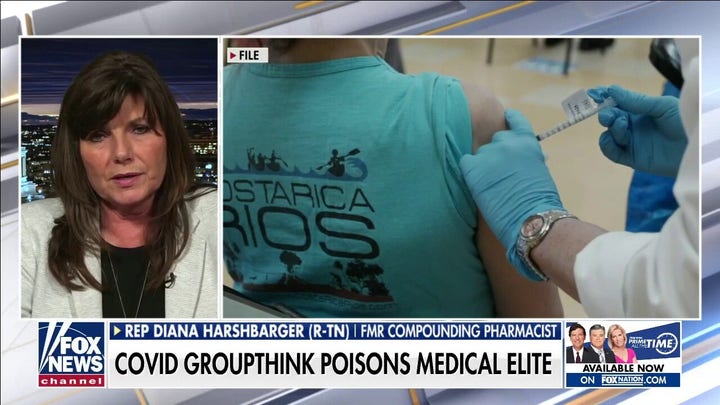 The Medical Group Board released a statement clarifying the termination, saying Dr. Horak’s peers on the board ultimately made the decision to fire him and it was not made by Lake Region Healthcare.

Dr. Horak attended the school board meeting in Fergus Falls earlier this month, where he explained the decision on masking children should be made by parents.

He explained the children were given to their parents by God, and school officials are responsible for honoring what they choose regarding the matter.

He also released a statement weeks after the meeting reiterating the importance of individual liberties in America, as parents across the country continue to grapple with various COVID-related mandates.