Missouri and Louisiana AGs emphasize importance of vaccine case: 'one of the most consequential' in US history 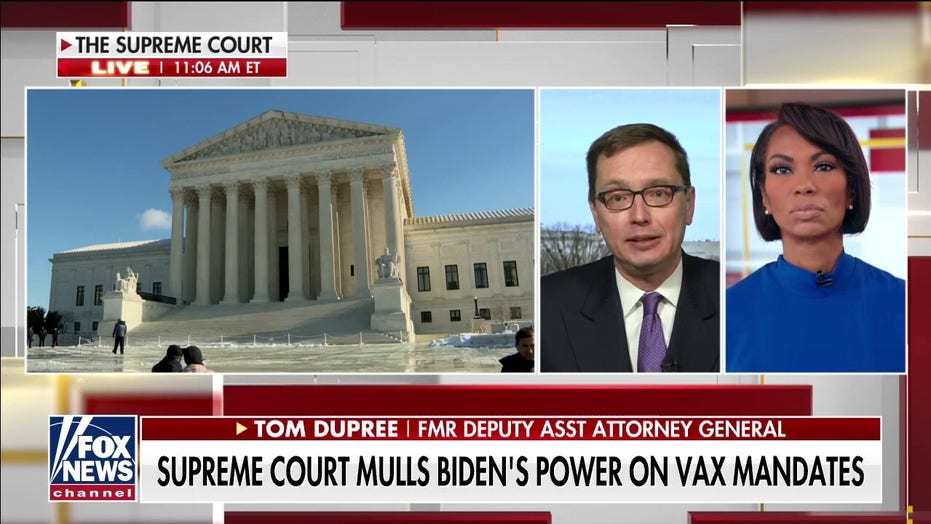 Former deputy assistant attorney general Tom Dupree on the Supreme Court taking on vaccine mandates and how the decision could impact the future of executive branch powers.

The attorneys general from Missouri and Louisiana expressed confidence after Friday’s oral arguments before the Supreme Court about vaccine mandates, and underscored the gravity of the cases.

“I think this is one of the most consequential, important set of cases here in the history of the Republic,” Missouri Attorney General Eric Schmitt told Fox News.

“I mean, because we’re talking about how much power does an administrative agency have over people’s lives or a medical procedure without any constitutional or statutory authority to support it? We were arguing that it’s never been expressly granted and people should be able to make these decisions themselves. Individuals, families should be able to make these important decisions about whether or not they want to get a vaccine or not … The federal government should never be forcing people to do that. There’s no authority for it.”

The Supreme Court, on Friday, heard oral arguments over whether the federal government can condition Medicaid funding on whether health care workers receive the coronavirus vaccine. Both Missouri and Louisiana sued the administration.

“If the justices don’t agree with us, I think that fundamentally the structure of America changes … and that the federal government becomes immensely powerful with no particular limits because I don’t know where you roll it back from this point,” Louisiana Attorney General Jeff Landry told Fox News. “I mean, we’re at the point of where the government is basically forcing medical procedures on American citizens.” 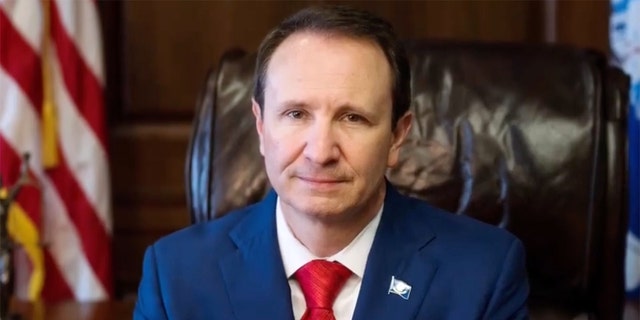 Louisiana Attorney General Jeff Landry was one of 18 attorneys general to sign a letter asking Congress to investigate China’s role in the coronavirus pandemic.
(Jeff Landy/YouTube)

But the administration and its supporters say the pandemic has created an ongoing nationwide crisis that has killed more than 800,000 Americans, and that federal agencies have the power to impose rules protecting the health and safety of all workers. 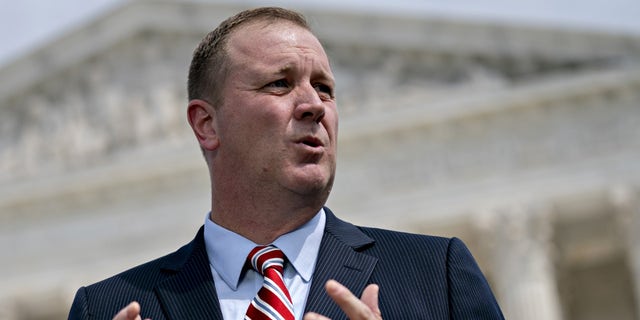 “I feel like the facts of the law are on our side,” Schmitt said. He added that “I just think we are at a place where folks want to get this kind of power, and they never want to get it back, and it’s a real threat. You know, we’ve always been the freest country in the history of the world and I don’t want to lose that.”

Landry told Fox News that he was confident going into oral arguments and he remained confident after they took place.

“I feel the same level of confidence that I did walking in,” he said. He added that he got the impression that “the chief [justice] … was concerned that this was way outside the scope of agencies and if this was such an emergency, Congress could act.”