The chief executive of flybuys, John Merakovsky, says loyalty card programs are as important as ever for consumers despite the COVID-19 pandemic disrupting the retail sector.

Mr Merakovsky, who heads up the 8.6 million member-strong scheme, told The Age and The Sydney Morning Herald as the country's economic woes worsen, rewards programs would become important for customers looking to save money. 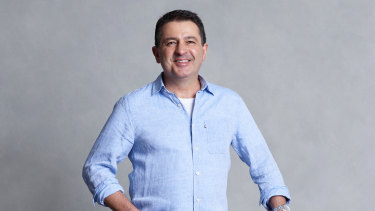 "The economic environment brought on as a consequence of the pandemic drives more people to loyalty programs like flybuys," he said.

"One, because there's a flight to safety and our brand is well trusted, and secondly because household budgets are strained so any more value customers can get out of their shop, they're looking to do so."

However, these thrifty customers are increasingly shunning the traditional plastic cards in their wallets, he said, as fears of spreading the virus put contactless options in the spotlight.

Use of the flybuys app has increased significantly in recent months, Mr Merakovsky said, but overall card scan rates decreased early in the year as customers were less focused on picking up points and more focused on getting in and out of supermarkets quickly.

Scan rates have since improved and have returned largely to normal, he said.

Flybuys is co-owned by supermarket giant Coles and retail conglomerate Wesfarmers, which retained part ownership after de-merging Coles in 2018. For the 2019 financial year, the company turned over $326 million in revenue and reported an $8.4 million profit.

In an effort to boost the program's exposure to the booming online retail space, flybuys has announced that shoppers at Wesfarmers' recently acquired Catch division would be able to collect one flybuys point for every $1 spent on eligible products at the online marketplace.

Mr Merakovsky said the partnership would not only improve usage of the program but was also an important step in flybuys' broader expansion strategy of targeting specific retail and service verticals to partner with. 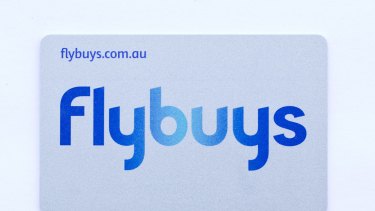 The days of the flybuys card may be limited as customers flock to contactless options thanks to COVID-19.Credit:Louie Douvis

"We have 22 partners in the network, and while we're certainly looking to expand the offering in terms of other areas of spend, we don't want to expand it ad infinitum," he said.

"We tend to partner with a small number of retailers in particular areas or service providers, rather than with everybody in that category. If we went too broad in a particular category, then there's no differentiation."

Flybuys dominance has been challenged in recent years thanks to the rise of online 'cashback' providers such as Cashrewards and Shopback, which garner customer loyalty by providing immediate cash refunds for shopping at certain online retailers.

"There's a psychological boost people get from collecting points themselves, and there's an immediate reward for collecting the points as well as the future reward of redemption," he said.

"Collecting points is also a means of saving towards a discretionary goal, and I don't think cashback provides that same facility."