Mortgage rates: Millions of people could make big savings – can you cut costs by £4,500?

The All Party Parliamentary Group on Mortgage Prisoners has written to the Competition and Markets Authority and the Financial Conduct Authority, calling for the introduction of a cap on Standard Variable Rates (SVRs), to prevent mortgage prisoners from being “exploited” by high SVRs. In the letter, the APPG has also requested an “urgent investigation” into the level of SVRs.

There are up to 200,000 people who are currently mortgage prisoners, the APPG says.

The APPG has warned that rates of up to 5.35 percent are being reported, while SVRs stand at up to 3.59 percent from six of the largest banks and building societies.

“The CMA and the FCA should intervene quickly to cap the interest rates being charged. 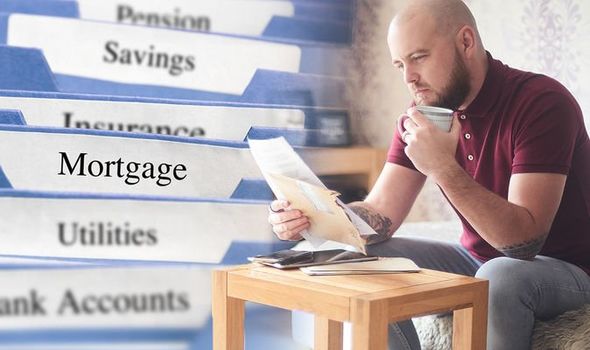 “The coronavirus has led to unprecedented strain on family finances and we need to help mortgage prisoners, including many key workers, get a better deal.”

Following the news, Miles Robinson, Head of Mortgages at online mortgage broker Trussle, commented: “It’s very encouraging to see that there are calls from MPs to introduce a cap on Standard Variable Rates (SVR) for homeowners.

“It’s worth mentioning that millions of people across the UK are currently overpaying on their mortgage because they’ve fallen onto their lender’s Standard Variable Rate.”

Borrowers may lapse onto an SVR following the end of a fixed deal on their mortgage.

And, research has found that the difference between the top deals on the market and an average SVR can be significant.

Shockingly, this can see homeowners who find themselves in this position paying out thousands of pounds in extra interest, annually.

“Alarmingly, for the average borrower, the difference between a market-leading deal and the average SVR is around £4,500 in extra interest each year,” Mr Robinsons said.

“Currently, there isn’t a standardised process that mortgage lenders follow to let you know when you’re about to slip onto the SVR from your initial fixed rate term.

“If you’re about to fall onto the SVR, it’s time to consider switching to a new deal.”

Mr Robinson went on to explain how people can check when their initial period is about to end – and hence when they are set to lapse on to the SVR.

“To find out when your initial period is due to end, look at a copy of your original mortgage offer or call up your lender to find out,” he said.

“You should review your mortgage three to six months before the end of your initial period to give yourself enough time to find and switch to a new deal.

“With interest rates at an all-time low it may be possible to secure these ahead of time so we are urging those looking to remortgage to start the process as soon as possible so they don’t pay more than they have to for any period of time.”