MSNBC bashed Mt. Rushmore when Trump spoke there, but previously used it for backdrop in promo 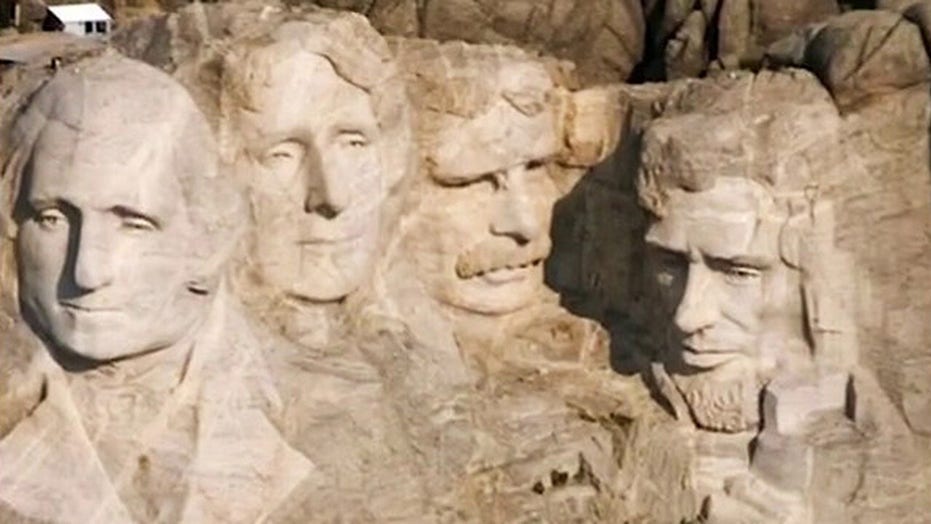 MSNBC’s opinion of Mount Rushmore has changed over the years, as the network trashed it during coverage of President Trump’s recent speech but filmed a promotional advertisement there back in 2012 and once considered it a “monument to American patriotism and exceptionalism.” 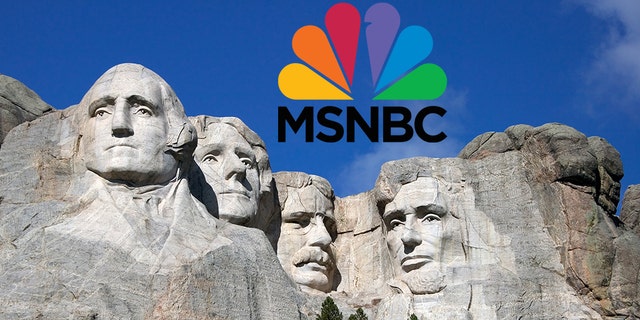 MSNBC’s opinion of Moun Rushmore has changed over the years, as the liberal network trashed it during coverage of President Trump’s recent speech but filmed a promotional advertisement there back in 2012.

“MSNBC debased itself Friday night with a vile display of hatred for America, the Constitution (except the freedom of the press), the Declaration of Independence, the Founding Fathers, and positive celebrations of both where the country has been and where we hope to go,” Houck wrote.

During MSNBC’s coverage, Sharpton tied Mt. Rushmore to white supremacy, Lee said Trump was speaking “in the shadow of that reminder of that very ugly American past” and Melber said the speech would be part of a “racial culture war,” among many other remarks critical of the location where Trump delivered his speech.

Mt. Rushmore was even compared to Confederate monuments.

“It's the theft of history, the theft of the narrative, and places like Mount Rushmore or spots in communities all across this country where Confederate monuments have been erected. It was to steal the history and steal the truth, to always reflect back on those ideas of white supremacy and power and domination and we see that again,” Lee said during MSNBC’s coverage.

The anti-Mt. Rushmore rhetoric doesn’t reflect how MSNBC felt about the landmark back in 2012 when Chris Matthews, who was among the network’s biggest stars before abruptly retiring earlier this year amid sexual misconduct allegations, traveled to film a promo at the very same site where Trump delivered his July 3 speech.

MSNBC guest host Michael Smerconish opened the June 11, 2012, show noting Matthews was on site in South Dakota and would be back the following day. He was shooting a promo for MSNBC's now-scrapped "Lean Forward" campaign.

The verified Twitter account of Matthews’ old show, “Hardball,” even tweeted out images of his trip to South Dakota’s Mt. Rushmore.

In addition to taping a promotional video at Mt. Rushmore, the liberal MSNBC has also seen ints reporters and hosts compliment the monument and speculate about who deserved to be the fifth president added to the tribute to Presidents George Washington, Thomas Jefferson, Abraham Lincoln, and Teddy Roosevelt – making the network’s recent rhetoric even more peculiar.

On President’s Day in 2013, then-MSNBC host Ed Schultz pondered who else should be on Mt. Rushmore — meaning it as a compliment.

That same year Rachel Maddow even wished Mt. Rushmore a happy 70th birthday and a panel discussion on MSNBC floated President Obama as a potential fifth person on the monument. But in 2012, the "Morning Joe" panel felt Ronald Reagan and John F. Kennedy would be good additions.

Back in 2014, MSNBC’s Suzy Khimm called Mt. Rushmore a “monument to American patriotism and exceptionalism.”

In 2017, MSNBC’s Steve Benen wrote, "If recent Wall Street gains are proof of Trump’s first-year brilliance, can we assume his allies are ready to put Obama on Mount Rushmore?”

MSNBC did not immediately respond to a request for comment.