Department store Myer has said it expects to post a second-half profit for the first time since 2017 in an unexpectedly buoyant trading update which could cruel efforts from Solomon Lew to dump the company’s board.

Myer told investors on Thursday morning its second-half net profit after tax would be between $4 million and $7 million for the half, though this does not consider any individual once-off costs or other significant items. 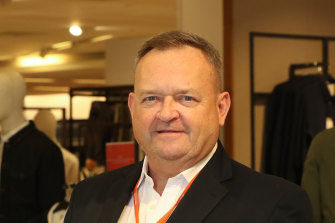 This marks the first time Myer has reported positive NPAT across the second half since fiscal 2017 and means the company is set to report a full-year profit of between $47 million and $50 million, beating analyst expectations of around $33 million.

Sales for the half rose nearly 40 per cent through the half, boosting the company’s full-year sales up 5.5 per cent to $2.6 billion, a stark improvement on the prior financial year when sales fell 15.8 per cent. Online, a fast-growing part of Myer’s business, rose 27.7 per cent to comprise 20.3 per cent of the company’s total sales.

Net cash for the year fell significantly, however, with Myer reporting $112 million compared to $201.1 million at its half-year result in March as the company was hurt by lockdowns, store closures and travel restrictions.

Myer’s better-than-expected full-year performance may pour cold water on the aspirations of Premier Investments and its chairman Solomon Lew, who have been demanding the company update investors on its trading performance.

Mr Lew has been pushing for the resignation of Myer’s board due to the company’s history of underperformance and acquired a larger stake in the business earlier this year in an attempt to reconstitute the board with two of his own directors and a raft of new independent directors.

On Wednesday, Premier said the Myer board was effectively in “caretaker mode” until a meeting was called to vote on the company’s board structure.