"The son of Mexican immigrants — a cook and house cleaner — Alex Padilla worked his way from humble beginnings to the halls of MIT, the Los Angeles City Council and the State Senate, and has become a national defender of voting rights as California’s Secretary of State," Newsom said in a statement on Tuesday. "Now, he will serve in the halls of our nation’s Capitol as California’s next United States Senator, the first Latino to hold this office." 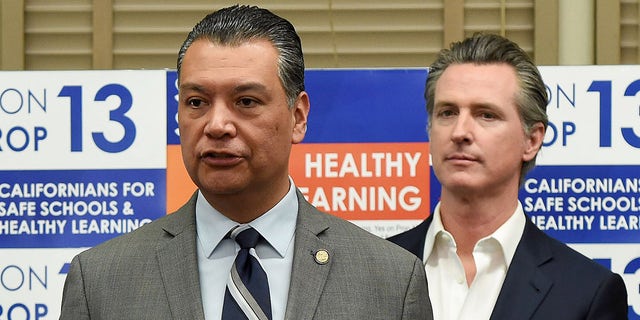 Padilla served as a member of the Los Angeles City Council from 1999 to 2006 and as a California state senator from 2006 to 2014, according to Ballotpedia.

He has served as California secretary of state since 2015.

"I am honored and humbled by the trust placed in me by Governor Newsom, and I intend to work each and every day to honor that trust and deliver for all Californians," Padilla said in a statement.

Newsom's choice comes after Republicans on the House Oversight and House Administration Committees demanded answers from Padilla about a "highly questionable" $35 million contract his office awarded to a firm linked to the Biden campaign, claiming it was a "misuse of taxpayer money and a violation of the law."

Newsom's decision also comes after some had called on him to replace Harris with another Black woman.