Nine Network's director of news and current affairs Darren Wick has been charged with drink-driving after he was caught behind the wheel more than four times over the legal alcohol limit.

Wick had a blood alcohol reading of more than 0.2 on Friday night when he was pulled over after leaving an event at the company's Willoughby offices. 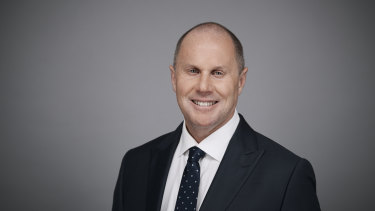 Nine news chief Darren Wick has admitted he is an alcoholic after being charged with drink-driving on Friday night.

In an email sent to his staff, Wick admitted he was an alcoholic and said he has sought professional help for his drinking. He is expected to fact court over the charge.

"Sadly, in a moment of unacceptable madness, I've let you down," Wick said.

"Last Friday evening, I stupidly jumped behind the wheel of my car drunk and attempted to drive home. I was pulled over by police in Willoughby and tested positive to high range drink driving, more than four times over the legal limit. I was subsequently charged and will soon face court to pay for my actions."

Mr Wick said the charge made him realise he is an alcoholic and that was struggling to control his addiction.

"I am taking immediate steps to get help and deal with my problems. I know I need to change my life. I have already begun to get the professional help and advice I know I need," he said.

"I am sharing this with you so you can learn from my poor judgement. I want to make this right. If any of you are considering making the same kind of decision I did, please don’t. Don’t risk it and if you think you have a problem, get help."

Wick has been running the news division for the television network since 2012. He will remain in his role as news director but said he may take more time out of Nine's offices in the next few months. Nine Network is run by Nine Entertainment Co, which is also the owner of this masthead.

A Nine spokesperson said the company would provide Wick with support.

"Darren Wick has done something serious and with significant consequences but we intend to support our friend and colleague as he commits to recovering from this illness and rebuilds his life," the spokesperson said.

Wick is not the first television news executive to be charged with drink-driving. Former Nine and Seven Network news boss Peter Meakin was convicted of three drink driving offences between 2006 and 2007, which resulted in a licence suspension for eight years. Meakin was initially sentenced to spend his weekends in prison for 14 months after his third conviction. The sentence was reduced to 250 hours of community service.