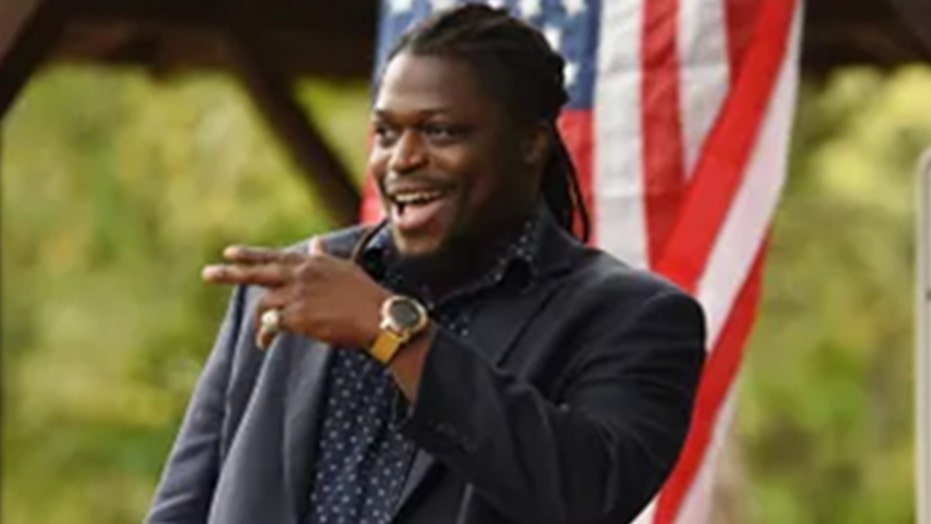 A New Jersey congressional hopeful and Air Force veteran launched a counterattack this week after Utah’s Black Lives Matter chapter declared the U.S. flag a “symbol of hatred” for Black Americans in a Fourth of July Facebook post.

“The fact of the matter is that Black people are Americans, and Black history is American history,” Republican House candidate Billy Prempeh told Fox News Friday. “And the flag is absolutely a part of our history. The good, the bad, the ugly, all of it. And that’s what makes America great, because despite all of that, we continue to move forward.”

BLM Utah founder Lex Scott told Fox News earlier this week that the post was meant to highlight how her criticism of the flag would draw sharp criticism while the embrace of Old Glory by hate groups including the Ku Klux Klan does not. 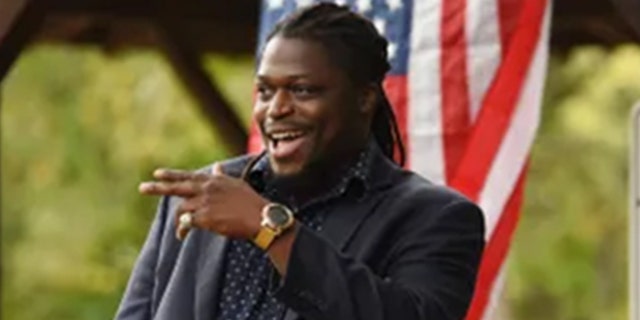 New Jersey Republican congressional candidate Billy Prempeh says Americans bickering over the American flag is something "our enemies would like to see."
(AMW PR)

“Statements like that, saying that the flag is divisive, and that it’s carried by KKK members, it’s not necessarily true,” he said. “It’s a giant gaslighting statement to make to try and put all Americans, all the people that are pro-America, into a box stating that that’s a hateful symbol.”

The flag is the opposite, he said.

“I see the flag as a unifying symbol, a symbol that has changed over time,” Prempeh said. “And we haven’t always had the same American flag…And I believe that symbolizes all the things that have happened in this country over the past 245 years.”

The 31-year-old Republican House candidate said over the course of U.S. history, Americans made “incredible, incredible advancements” in terms of civil rights and social justice. 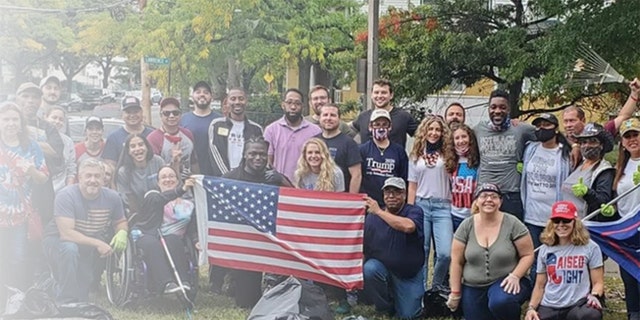 Prempeh and supporters pose behind an American flag at a campaign event in this undated photo.
(AMW PR)

“And in 245 years, the world’s followed suit – to the point that many leave their home countries to become a part of the American identity and continue to push our country forward,” he said.

His own parents emigrated from Ghana in the 1980s.

He also said he believed the late civil rights icon Dr. Martin Luther King Jr. “would be proud” of the country’s direction.

“It’s only been 80 years since segregation,” he said. “And we had the first Black president elected not once, but twice.”

In his first campaign ad, he declares, “America is a great nation, and Americans are incredible people. Anyone who tells you otherwise is straight up lying to you.”

Then he stands up and grabs an American flag – hammering home his “America first” campaign message.

Prempeh said he’s confident at this point in the race and wishes his opponent well amid rumors that the 84-year-old representative’s health is failing.

The candidate and other volunteers will be in Paterson’s namesake park for a cleanup along the Passaic River Saturday morning.