Not wearing sunglasses while behind the wheel could land you a maximum £5,000 fine and nine penalty points for careless driving

DRIVERS could face more than just a nasty glare if they forget their sunglasses and take their eyes off the road during the mini heatwave.

As the UK prepares for a 32C scorcher today, Brits getting behind the wheel without appropriate eye wear could be slapped with a fine up to £5,000. 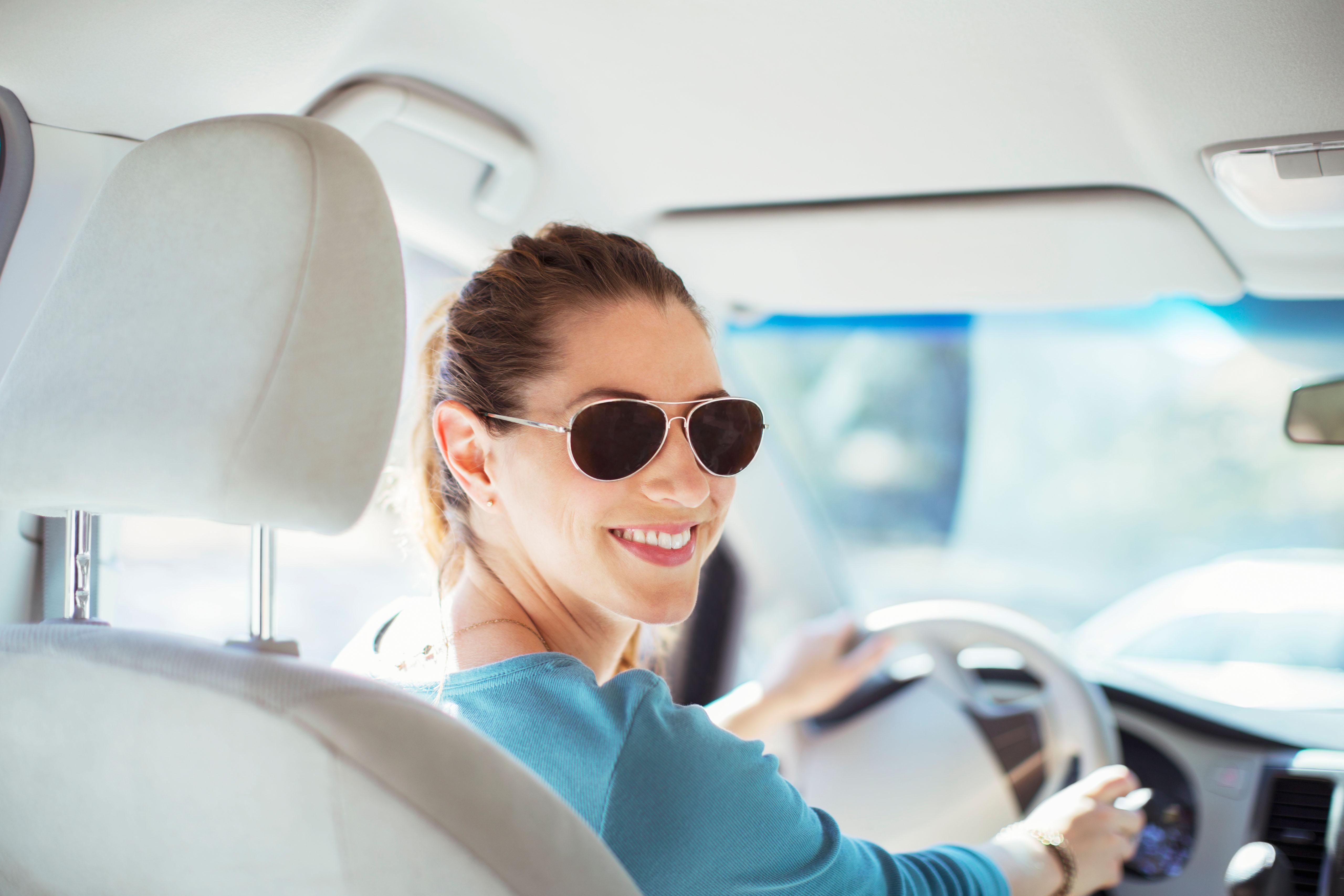 While it's not a legal requirement to wear sunglasses when driving in bright conditions, not putting them on could see you slapped with a careless driving charge.

If the sun shines in your eyes when not wearing tinted lenses, and causes you to momentarily take your eyes off the road, a police officer could claim that you were "driving without due care and attention".

According to Rule 237 of the Highway Code, drivers need to slow down or pull over if they are "dazzled by bright sunlight".

So if a motorist chooses not to wear sunglasses, and also disobeys the Highway Code by not pulling over when dazzled by sunlight, the police would be within their rights to charge you with careless driving. 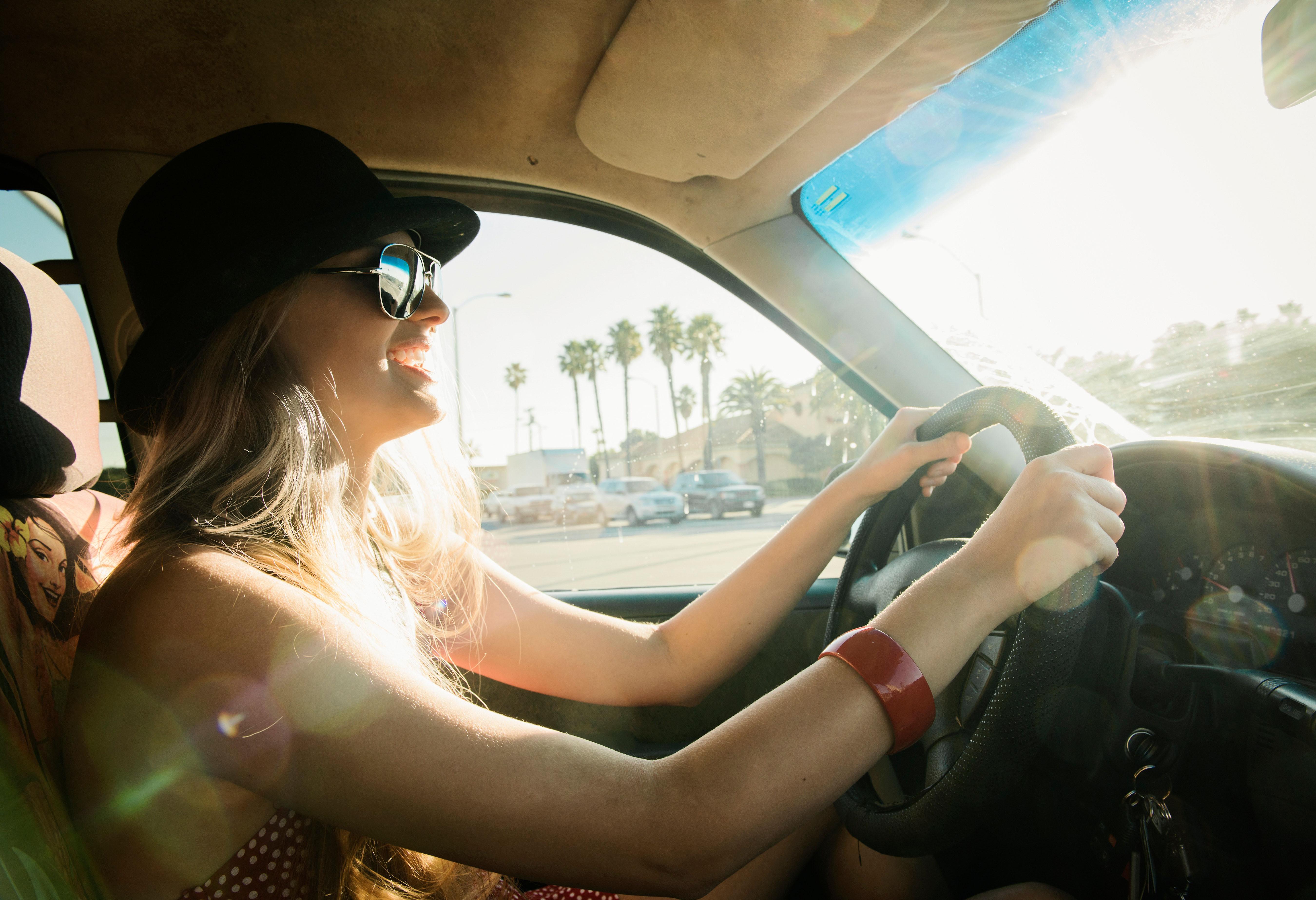 And you're even more likely to be slapped with a charge if you're involved in an accident because you were dazzled by the sun.

Two years ago Prince Philip was involved in a crash after being dazzled by low sunlight while driving his Land Rover.

Claiming the sun's glare contributed to you having an accident could see you charged.

Driving without due care and attention, or careless driving, carries a £100 on-the-spot fine and up to three penalty points on your licence.

But if you were to contest the charge in court and were convicted, you could face an unlimited fine, up to nine penalty points and even a court-imposed driving ban – although for the majority of motorists, the fine won't exceed £5,000.

And even drivers who remember to protect their eyes could face a penalty for wearing sunglasses that are too dark.

According to the AA, it's illegal to wear the most heavily tinted sunglasses at any time while driving.

Sunglasses come in four categories depending on the amount of light they filter out.

The average pair falls into category two, which transmit anywhere from 18 to 43 per cent light – and are the recommended lens for daytime driving.

But drivers with much darker glasses could be in danger of a fine.

The AA website states: "Filter category 4 lenses only transmit between 3 per cent and 8 per cent of light and are not suitable for driving at any time.

"Sunglasses with these lenses should, by law, be labelled 'not suitable for driving and road use'."

Category 4 sunglasses are usually those worn for adventure sports or intense outdoor activity, but the heavily polarised lenses can also be found in some casual pairs.

Wearing sunglasses that fall into this category would likely see you face a similar careless driving charge, as your vision would be impaired enough to potentially detract from safe driving.

Related posts:
Hot News
Trump promises executive action for eviction moratorium 'very soon'
‘Days Of Our Lives’ Star Eric Martsolf & ‘Glow’ Star Britt Baron Voice Hybrid Audio/Video Podcast Series ‘Ride Share’
Google 'secretly working on futuristic 'Passport' phone that folds out into a full-size tablet'
Sally Yates is probably ‘on the very short list’ for AG in a Biden administration, Ian Prior says
Republicans Oppose Trump’s Call To Delay Election
Over 1.18M Americans filed for unemployment last week, lowest level since pandemic began
If you have an Amex Green, Gold, or Platinum card, you now have more options for paying your bill and planning large purchases
Recent Posts
This website uses cookies to improve your user experience and to provide you with advertisements that are relevant to your interests. By continuing to browse the site you are agreeing to our use of cookies.Ok