Packer still the king of Crown

It’s rare to receive a front row seat to the inner workings of a publicly listed company and the inquiry into Crown has uncovered a riveting – if not terrifying – show of corporate dysfunction.

The picture painted so far shows standard corporate risk and compliance functions taking a back seat at Crown. Indeed evidence heard during the inquiry suggests a governance structure more akin to a fiefdom. And James Packer, Crown's largest shareholder and the man who admits to large holes in his memory and shameful/disgraceful conduct (both due to mental ill health), as the king. 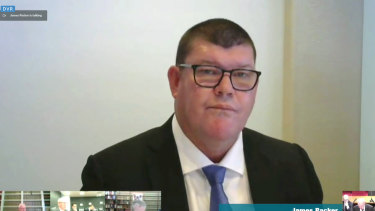 As uncovered by the inquiry, Crown's ownership structure had been the subject of various Packer-devised plans over the past five years – all of which were ultimately aborted.

Packer had spoken with private equity firms, TPG and Hellman & Friedman on separate occasions about privatisation plans for all or part of Crown. He had looked to engineer a takeover by US casino operator, Wynn Resorts and had spoken to Lawrence Ho’s Melco about a full takeover of Crown before settling on a transaction to sell Ho a 19.9 per cent shareholding.

The inquisition of Packer, at its heart, goes to assessing his fitness to be associated with a casino licence holder. In doing so counsel assisting is endeavouring to understand the extent to which Packer calls the shots.

In the court of Packer there resides the loyalists and the former loyalists, turned defectors – perhaps better described as the disappointers. Over the years Packer has referred to his recruitment strategy as ‘pick and stick’. Trust and loyalty are essential ingredients and Packer values them highly.

Counsel assisting, Adam Bell, went so far as to accuse Packer of threatening Crown executives if they did not meet certain financial outcomes. Packer didn’t agree.

However, it has been revealed that Packer sent an email to a private equity executive so menacing that the executive felt the need to employ security. The executive had declined to provide Packer’s private company with the $1.5 billion it needed to privatise Crown in 2015.

During the course of the inquiry, the inner sanctum of Packer’s loyalists have given no evidence implicating him in any of the myriad of questionable behaviour or decision making on which the inquiry has focused.

For example, during evidence on Wednesday Packer was queried about what he knew of the risks taken by the company in relation to its China-based staff in the period leading up to their arrest in October 2016.

Packer denied being aware that Crown's staff in China were in fear of their safety, that a Crown employee had been questioned by Chinese authorities about the company’s activities or that Crown provided a misleading letter to the authorities suggesting it was not involved in recruiting gambling customers.

This is despite the fact that during the course of the hearings the inquiry had already heard at least three of Packer’s loyalists, Michael Johnston, Barry Felstead and Ishan Ratnam were all aware of the China staff member being questioned.

While Packer agreed that he and the board should have been made aware of what was happening in China, it was Crown’s former executive chairman, Robert Rankin and former chief executive, Rowan Craigie that Packer blamed for his China ignorance.

It was not the first time during proceedings that Packer had thrown Rankin and Craigie under a bus. Both these men no longer work for Crown and/or Packer’s private company, CPH.

Curiously Rankin was not called to give evidence.

Packer contended that he would have pulled the staff out of China had he known about the risks posed to them by China regulators. He even reminded the commission that Crown had been named Australian employer of the year three times.

Packer explained that "to put ourselves at risk on so many fronts for (the sake of) 7 per cent of the profit makes no sense".

So why were Packer’s loyal lieutenants reluctant to inform him about the company's problem areas?

Commissioner Patricia Bergin suggested it was the desire to please the Packer that motivated his executives to hide bad news.

Packer conceded this was a possibility.

"Is it a mere possibility,?" Bergin asked.

Meanwhile, the inquiry was shown email evidence that even after Packer had resigned from the board of Crown, he was sent daily financial information from the company’s finance director, Ken Barton, updates from directors after board meetings and made regulator requests of executives to supply information on various operations of the company and undertake initiatives such as cost cutting

Bell accused Packer of ‘acting as if you were still a director of Crown. Packer simply replied that he expected the Crown executives would listen to him and push back if they disagreed.

The inquiry heard no evidence of the executives ever pushing back.