Parents warned over 'crafty' WhatsApp scam that starts 'hey mum, it's me'

PARENTS are being warned about a crafty WhatsApp scam that starts "hey mum, it's me".

One brazen crook pretended to be a Bedford mum's stricken daughter while begging for cash because of a "problem with the banking app due to fraud”. 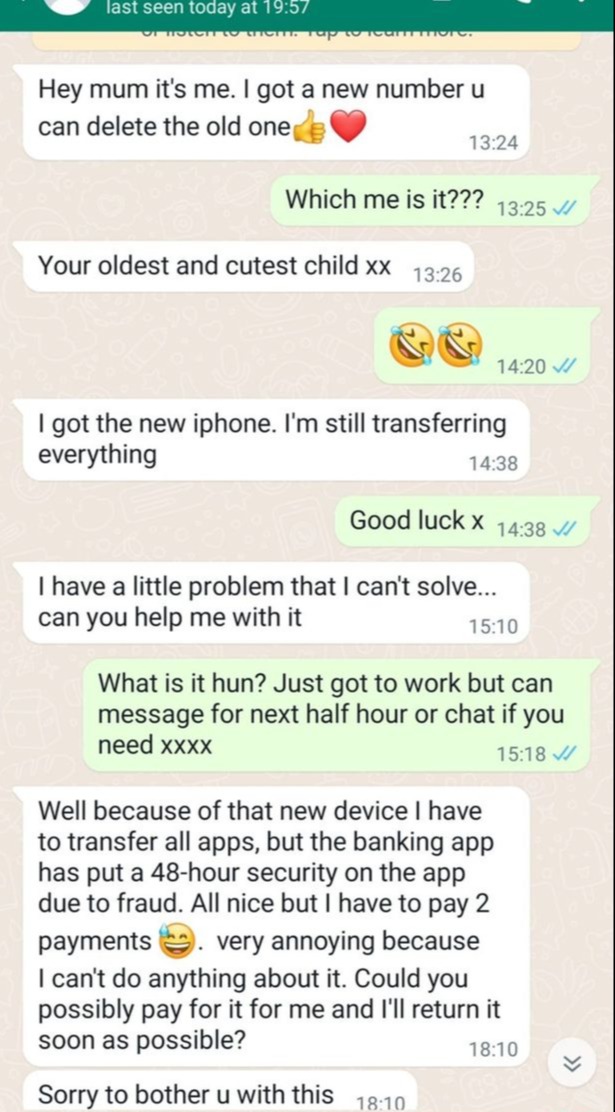 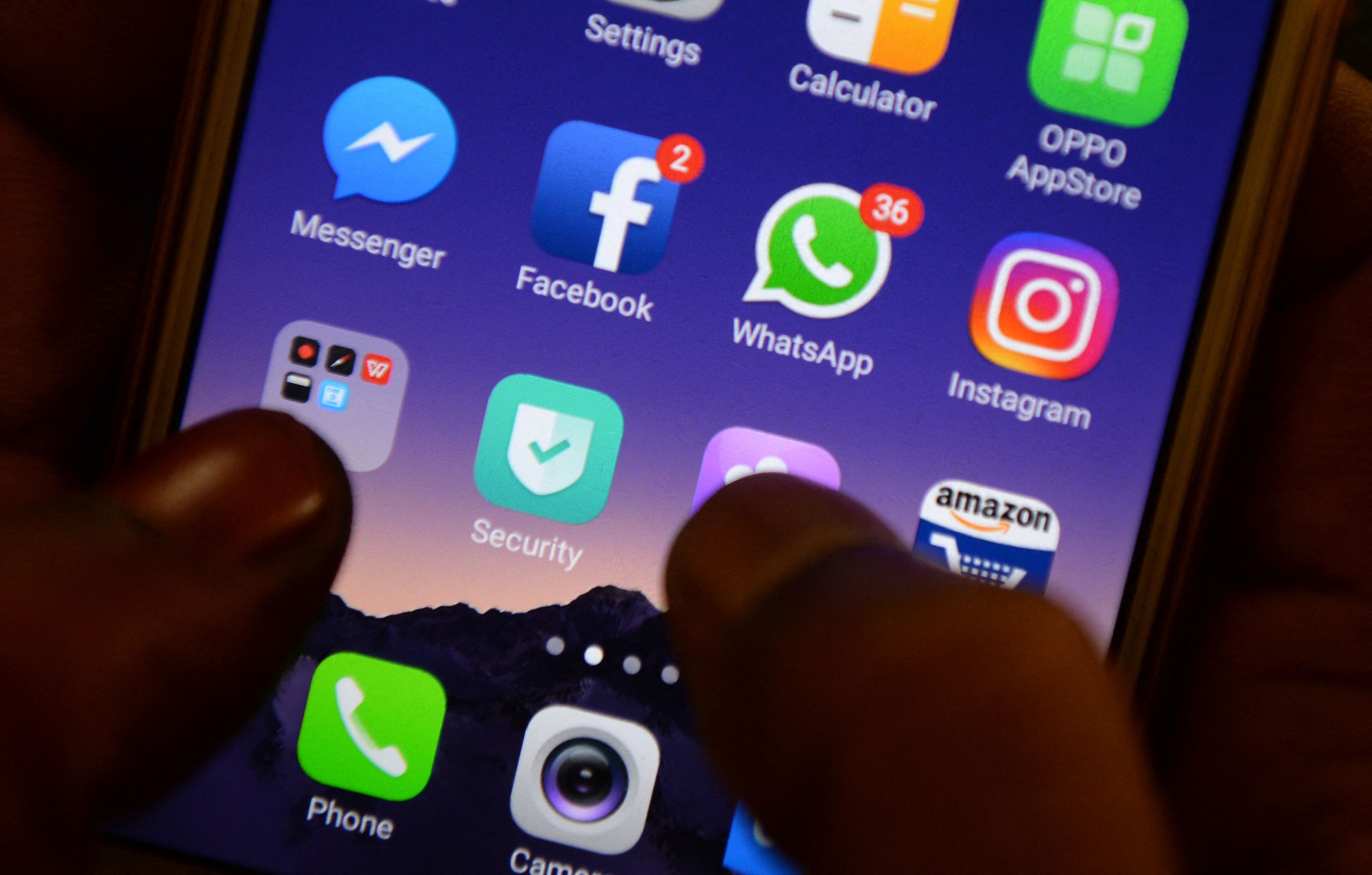 The mum shared her WhatsApp exchange with a Bedford Facebook group to warn others of the ploy.

She recently posted about the creepy impersonation,describing it as a “new scam".

The mum added that “fortunately, I called my daughter to chat it through rather than just doing it on WhatsApp! Be careful!!”

The exchange started with the fraudster writing: “Hey mum it’s me. I got a new number u can delete the old one.”

At first – believing it was a genuine message – she replied: “Which me is it?”

The scammer cheekily responded: “Your oldest and cutest child xx.”

After the mum replied with laughing emojis, the scam artist continued: “I got the new iphone. I’m still transferring everything.”

She was then told: “I have a little problem that I can’t solve… can you help me with it?”

When the concerned mum asked “what is it hun”, she was told, “because of that new device I have to transfer all apps.

“But the banking app has put a 48-hour security on the app due to fraud. All nice but I have to pay 2 payments.

“Very annoying because I can’t do anything about it. Could you possibly pay for it for me and I’ll return it soon as possible? Sorry to bother u with this.”

However, instead of immediately transferring the money, the mum wisely decided to phone her daughter – who confirmed she wasn’t the person sending the cash plea.

Realising she was being targeted by a conniving fraudster, the woman immediately warned others of the ruse.

The same scam saw one dad in Scotland being duped into giving nearly £2,000 after he believed his daughter was asking for help.

The Daily Record reported that Lauren, 25, from Livingston, told of her horror after the con artist sent a barrage of messages to her father.

An upset Lauren asked: “How can they sleep at night?”

Luckily the Royal Bank of Scotland didn't immediately transfer the money because it was suspicious of the unusually large amount.

Instead, it blocked the money from leaving the dad's account, protecting it from reaching the fraudster.

In September, Whatsapp users were warned about the scam that could see criminals steal thousands from them.

The brazen fraud involves cyber-criminals posing as friends or family to convince people to give huge sums of money.

The Chartered Trading Standards Institute (CTSI) has been warning people about the fraud.

Fortunately, I called my daughter to chat it through rather than just doing it on WhatsApp! Be careful!

It's the latest in a string of similar WhatsApp fraud attacks.

Users also need to be beware of a dangerous scam text that hacks you in seconds.

One of the most clever methods of gaining access to someone's WhatsApp account is through a verification code scam.

Usually what happens is that you'll receive a text message from WhatsApp with a log-in code.

This is a two-factor authentication code that lets you log into your account – because it proves you're in possession of the phone number.

Then you'll get a WhatsApp message from a friend or family member.

This will say something along the lines of: "Hey! I accidentally sent you my WhatsApp log-in code. Could you send it back to me please?"

Never ever reply to this message.

It might also be worth flagging to the friend who's been hacked that they've been compromised – using a different app than WhatsApp.

Once you're compromised, make sure you immediately try to log in and kick the other person out.

If you can remove the hacker, they'll need a new code to get back in.

In other news, check out this advice on changing your Google password to stop crooks stealing passwords and banking details.