Pension savings, mortgages and a whole range of financial assets can be impacted by changing inflation rates and both the CPI and CPIH rose in December according to the ONS. The ONS revealed today CPI rose to 0.6 percent in December 2020, up from 0.3 percent in November and CPIH grew by 0.2 percent in the final month of 2020.

Tom Stevenson, an investment director for personal investing at Fidelity International, issued a warning on this increase: “The doubling in the CPI measure of inflation in December to 0.6 percent is a reminder of the need to remain vigilant about the price threat.

“Inflation never seems to be a problem until suddenly it requires firm action to tame it again.

“The combination of unprecedented government spending, pent up consumer demand and low productivity is a recipe for rising prices.

“Transport, recreation and clothing were the biggest contributors. 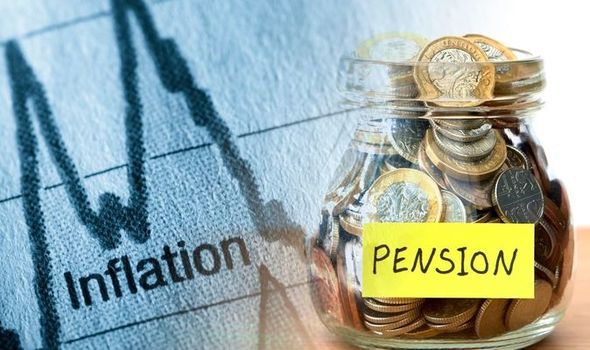 “The challenge facing UK policy makers is that historically high debt levels will make it hard for us to rein in inflation with higher interest rates as and when they become necessary.

“Servicing our high borrowings is expensive enough with rates on the floor.”

Despite these drawbacks, Rachel Winter, an Associate Investment Director at Kilik & Co, noted some retirees may be able to benefit from the changes.

Rachel explained: “Those with existing inflation-linked final salary pensions could be in line for a slightly higher pay-out, but those with money purchase pensions may have to take more risk to ensure their pension keeps pace with inflation.

“That said, the inflation figure released today only covers the month of December, and it will require a sustained change in inflation to have a real impact on individuals.

“Despite the reported rise in inflation, the headline figure remains well below target.

“It’s therefore likely that interest rates will remain at very low levels for the foreseeable future, which is good news for borrowers.”

Regardless of any current impacts, Rachel urged savers to plan ahead as coronavirus rages on and the economy continues to adapt: “It is essential that savers continue to monitor their options. 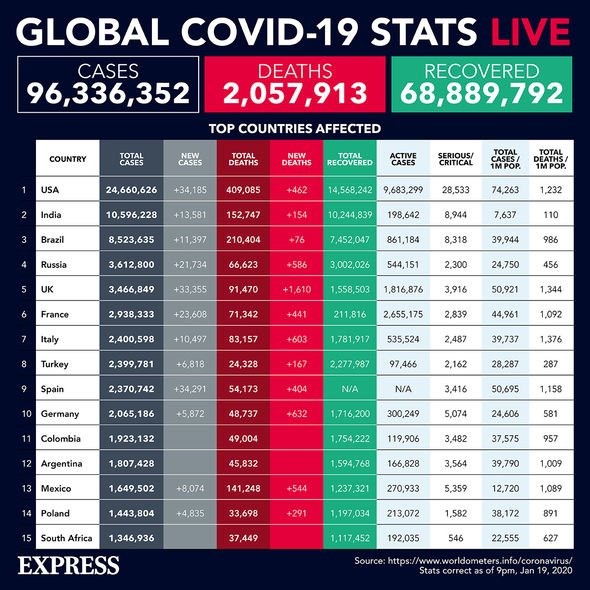 “With interest rates at record lows and the Bank of England keeping an open mind when it comes to negative interest rates, many will find that their savings are not keeping pace with inflation.

“While there is now hope for a way out of lockdown with millions vaccinated already and the over 70s rollout beginning, the hospitality, retail and leisure industries are still taking a big hit.

“Enthusiasm over a potential recovery is being dampened by the looming threat of a double dip recession.

“The next set of unemployment figures will be ones to watch closely; if these continue to shoot up it will further rock consumer confidence, which will likely have a knock-on effect on spending and could wipe out December’s inflation rise.”

According to the ONS, the unemployment rate was estimated to be 4.9 percent in December, 1.2 percentage points higher than a year earlier.

Reportedly, the governor of the Bank of England recently told a group of business leaders at a virtual event that he believes the UK’s jobless rate is actually closer to 6.5 percent.

Additionally, the ONS also revealed that between August and October 2020, 13.3 people per 1,000 employees were made redundant.

The next set of data on unemployment rates will be released on January 26.