Nashville community organizer Odessa Kelly announced on Monday that she is mounting a progressive primary challenge against Rep. Jim Cooper, a veteran Tennessee Democrat with a history of fiscally conservative votes.

“We need more pathways out of poverty, and the status quo is no longer good enough,” Kelly, a co-founder and executive director of the liberal group Stand Up Nashville, said in a statement. “I know how to build coalitions that get results, and I’m running for Congress so that we can make bold, ambitious change at the national level.”

Kelly, who is 39 and Black, is the first candidate the left-wing group Justice Democrats recruited to run this election cycle.

The primary election in Tennessee’s 5th Congressional District, which Cooper represents, is due to take place on Aug. 4, 2022.

Justice Democrats aims to shift the House Democratic Caucus to the left by replacing moderate or conservative Democrats in safe blue seats with anti-establishment progressives willing to play hardball with party leadership.

Kelly and Cooper, a 66-year-old attorney with deep roots in Nashville politics, both fit the group’s ideological criteria.

Citing her Christian faith and working-class upbringing, Kelly declared in a two-minute video accompanying her official campaign announcement that she supports “Medicare for All” and a Green New Deal. She vowed to refuse donations from corporate political action committees.

Although Cooper is relatively liberal on so-called social issues, with high marks from the reproductive rights group NARAL Pro-Choice America, he is a proud member of the conservative Blue Dog Coalition and has been to the right of the Democratic mainstream on a number of key fiscal priorities.

Cooper was one of just 11 Democrats to vote against then-President Barack Obama’s economic stimulus package in 2009.

Three years later, as progressives fought to protect social insurance programs from a bipartisan “Grand Bargain” to reduce the debt, Cooper was out front trying to strike such a deal.

He teamed up with a Republican colleague to call for Social Security benefit cuts, as well as caps to Medicare and Medicaid spending that were likely to result in cuts. His plan to reduce the debt was composed of two-thirds spending cuts and one-third revenue increases, earning the scorn of a center-left think tank that had supported Obama’s plan to reduce Social Secuity’s cost-of-living adjustment.

As recently as 2019, Cooper co-sponsored a bill proposing a balanced budget amendment to the Constitution. If enacted, such an amendment would deprive the federal government of the ability to deficit-spend, including during a recession when there is a broad economic consensus that deficit spending is necessary.

Cooper is also cozy with corporate America. He has received about $2.7 million in contributions from corporate PACs since 2004.

In her campaign video, Kelly lamented how Nashville’s gentrification was leaving underprivileged city natives behind. She accused Cooper of catering to the wealthy donor class rather than addressing that crisis.

“While we were fighting for us, Congressman Jim Cooper sided with the rich and powerful, time and time again,” she said. “I’m running for Congress because we deserve a representative who fights as hard as we do for our families and for this city.”

Here too, Kelly’s background contrasts sharply with Cooper’s. Cooper, a Harvard Law School graduate who represented the Nashville area from 1983 to 1995 and was elected again in 2003, is akin to royalty in metropolitan Nashville. His father Prentice was governor of Tennessee and his brother John is the current mayor of Nashville.

Cooper’s household net worth is between $7.6 million and $24.9 million, according to his most recent financial disclosure. 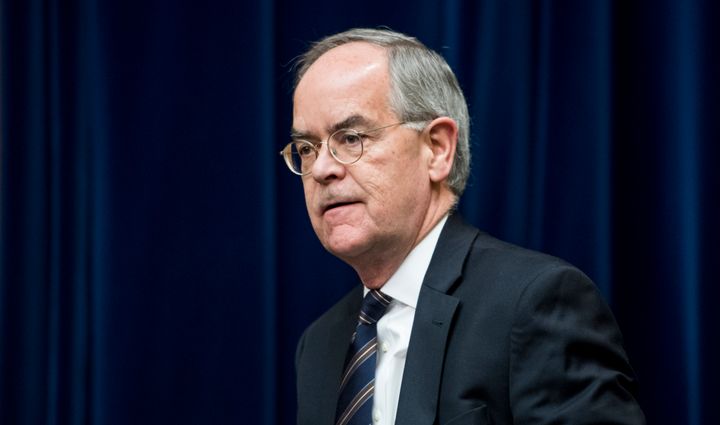 Kelly enjoys no such privilege. Raised by a health care worker and a city employee, she worked full time for the city’s parks and recreation department until Great Recession-era budget cuts reduced her hours.

More recently, as a leader of Stand Up Nashville, Kelly helped broker a historic community benefits agreement with Nashville’s Major League Soccer team in 2018. The team’s owners committed to building the new stadium with workers paid a living wage and promised to build affordable housing and a day care center on the land they plan to develop.

Kelly might also prove to be an exciting candidate for nonwhite residents of Tennessee’s 5th. About 1 in 4 residents of the district, which includes Nashville suburbs in Davidson, Cheatham and Dickson counties, are Black. Another 10% of district residents are Latino.

“As someone who has spent her life as a public servant and a community organizer, Odessa Kelly is exactly the kind of Democrat we need in Congress,” Alexandra Rojas, executive director of Justice Democrats, said in a statement.

Unseating Cooper will likely be more difficult than some of Justice Democrats’ past feats, which took place while Donald Trump was president.

Cooper ran uncontested in his general election in 2020. And Democratic primary voters may have less of an appetite for disruptive politics under a Democratic president.

There are nonetheless signs that Cooper is vulnerable. His 2020 primary challenger, Keeda Haynes, pulled in a respectable 40% against him despite raising a fraction of his funds. The district has been trending more Democratic in every presidential election since 2012.

And Kelly announced that she is starting off with the endorsements of two Nashville city council members: Delishia Porterfield and Sean Parker.

“Our grassroots movement has shocked the nation in two cycles and we are prepared to do it again,” Rojas said.