White House press secretary Jen Psaki refused to say Monday if President Biden would follow through on his promise to fire anyone who treats colleagues disrespectfully after a member of his Cabinet apologized for such behavior.

Dr. Eric Lander, a member of Biden’s Cabinet who serves as director of the White House Office of Science and Technology Policy (OSTP), apologized to his staff for speaking to them in a “disrespectful and demeaning way,” according to an email obtained Monday by Fox News. 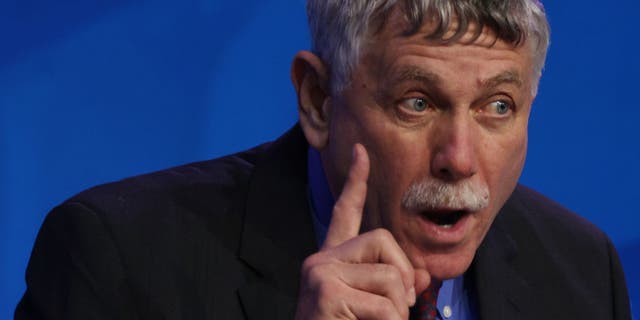 Eric Lander speaks during an announcement Jan. 16, 2021 at the Queen theater in Wilmington, Delaware.
(Alex Wong)

The email followed an internal White House investigation that found “credible evidence” that Lander had spoken “harshly and disrespectfully to colleagues in front of other colleagues,” as first reported by Politico.

Psaki was asked by Politico reporter Alex Thompson during Monday’s press briefing why the president’s top science adviser still had his job in light of that Biden promised on his first day in office: “If you are ever working with me and I hear you treat another colleague with disrespect, talk down to someone, I promise you I will fire you on the spot. On the spot. No ifs, ands or buts.”

Psaki did not answer Thompson’s question directly, but assured that the president “has crystal clear expectations for all of us about how we are to treat our colleagues.”

When further pressed regarding Biden’s pledge, Psaki said: “And again, let me just reiterate nothing about his behavior is acceptable to anyone here. At all. Quite the opposite. Let me be clear about that. But there is now a process in place that was not in place at the time to evaluate and determine the next steps that should be taken in the event that any behavior like this occurs, to prevent it from happening in the future.” 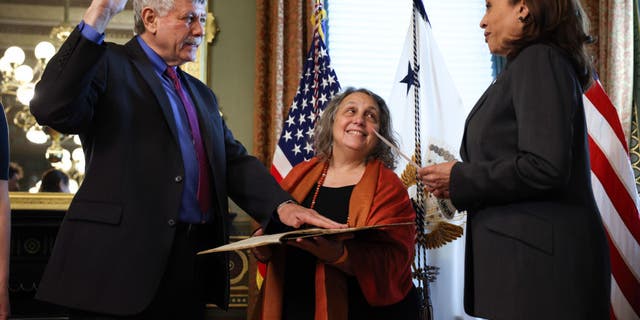 Eric Lander participates in a swearing-in ceremony with U.S. Vice President Kamala Harris in her ceremonial office in the Eisenhower Executive Office Building on June 2, 2021, in Washington, D.C.
(Anna Moneymaker)

Lander met with senior White House leadership about the seriousness of his behavior, as well as the president’s expectations regarding a respectful work environment, according to a OSTP spokesperson. He and OSTP were required to take steps to correct the behavior to remain in compliance with Biden’s Safe and Respectful Workplace Policy.