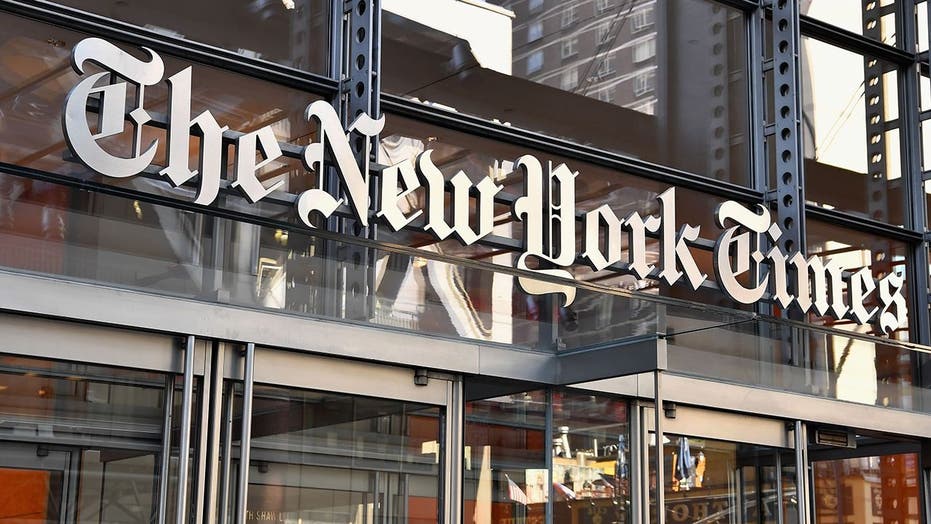 The Pulitzer Board announced Tuesday it had accepted the New York Times’ withdrawal of its article and podcast "Caliphate" from 2019 finalists after serious factual inaccuracies prompted an extensive correction of the story.

"Caliphate," a 2018 hit podcast series, had been chosen as one of three finalists in the International Reporting category. "In 2020, after Canadian authorities charged a figure profiled in the entry with perpetrating a terrorist hoax, an internal Times investigation concluded that the work failed its "standards for accuracy," the board wrote in a statement. "The Board accepted withdrawal of the entry as an appropriate resolution of this matter."

In what the Times’ executive editor is calling an "institutional failing," the paper issued a retraction Friday after finding the story heavily relied on a serial fabulist who claimed to have been a member of the Islamic State (ISIS) terrorist organization.

"Caliphate" told the tale of the radicalization a young Canadian who became an executioner for the Islamic State before later escaping its grasp.

Shehroze Chaudhry, 26, claimed to reporter Rukmini Callmiachi that he traveled to Syria and committed numerous atrocities on behalf of ISIS as well as engaged in secret discussions of terrorist attacks against the West on the scale of 9/11.

However, he was arrested by Canadian authorities in September for perpetrating a terror hoax after an investigation revealed his tales were fictional. Intelligence officials reached the conclusion after an extensive probe into his travel, social media postings and statements to police, and they have cast doubt on whether he has ever even entered Syria, the Times reported.

The latest fiasco for the Times surrounding "Caliphate" started when the paper admitted it failed to properly vet Shehroze Chaudry's lurid stories before airing them on the podcast, which won the now-returned Peabody audio award. It also published the interviews with him even after its own investigations found discrepancies in his stories.

The newspaper is reassigning its star terrorism reporter who hosted the series, Rukmini Callimachi, to a new beat.

"We fell in love with the fact that we had gotten a member of ISIS who would describe his life in the caliphate and would describe his crimes," the Times’ executive editor Dean Baquet told NPR last week. "I think we were so in love with it that when we saw evidence that maybe he was a fabulist, when we saw evidence that he was making some of it up, we didn't listen hard enough."

In its correction, the Times said it should have had "regular participation" of an editor experienced on the subject and more carefully vetted Chaudhry's evidence of his claims.

"In the absence of firmer evidence, 'Caliphate' should have been substantially revised to exclude the material related to Mr. Chaudhry. The podcast as a whole should not have been produced with Mr. Chaudhry as a central narrative character," the correction said.

Chaudhry has denied the hoax charge, which alleges he caused public safety concerns by airing his violent stories and creating alarm in his home country. Those who know him in Canada have described him as an ISIS sympathizer who is lonely and confused.

Callimachi released a statement Friday expressing regret for the breakdowns.

"Reflecting on what I missed in reporting our podcast is humbling," she wrote. "Thinking of the colleagues and the newsroom I let down is gutting. I caught the subject of our podcast lying about key aspects of his account and reported that. I also didn't catch other lies he told us, and I should have."

In a report on Chaudhry's background Friday, the Times reported he had told the paper before "Caliphate" aired about one of his emirs, or commanders, in Syria. The emir contradicted some of Chaudhry's key claims in a subsequent interview, such as how he operated in a different city than the one where Chaudhry said he was stationed. He also said Chaudhry likely had a military role, in conflict with Chaudhry's claim that he was a religious police officer.

The Times had already poked holes in Chaudri’s original story of joining ISIS in February 2014 after flying to Turkey and then sneaking into Syria. His passport showed no Turkey stamp and found he traveled between Canada and Lahore, Pakistan, where he lived with his grandparents and attended college at the time he said he was in Syria. He later changed his story to say he traveled to Syria sometime after September 2014 after then-ISIS leader Abu Bakr al-Baghdadi declared the caliphate.

Callimachi brought up some of these credibility issues in the podcast, but not all, by the paper's own admission.

Another discrepancy that emerged before his arrest was that he told Canadian outlet Global News he had never killed anyone, yet he described participating in violent executions on "Caliphate."

Related posts:
Hot News
Washington Tense as DHS Chief Quits, FBI Warns of Armed Protests
Brilliant SIM-only contract gets you UNLIMITED data for just £13 a month
Asian Markets Mostly Lower
Trey Gowdy roasts 'reckless buffoon' Swalwell for likening Trump to Usama bin Laden
German finance minister on what he's learned from pandemic
Michigan Ex-Governor, Other Officials Face Jail Over Flint Water
Samsung Surges After Intel Is Said to Consider Chip Outsourcing
Recent Posts
This website uses cookies to improve your user experience and to provide you with advertisements that are relevant to your interests. By continuing to browse the site you are agreeing to our use of cookies.Ok