Scientists started examining the olive sea snakes after a diver noticed some bizarre behaviour when he came into contact with the creatures. 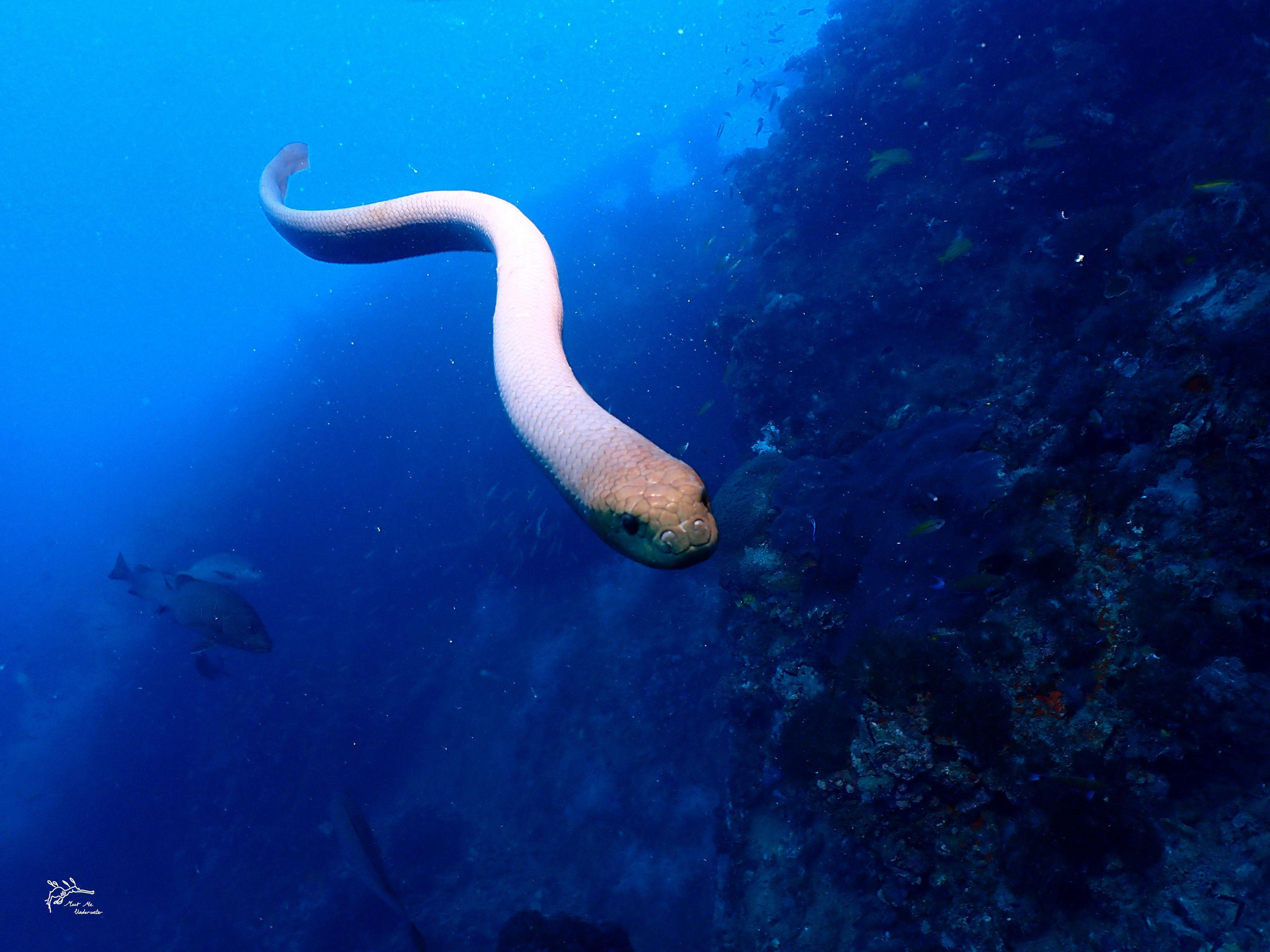 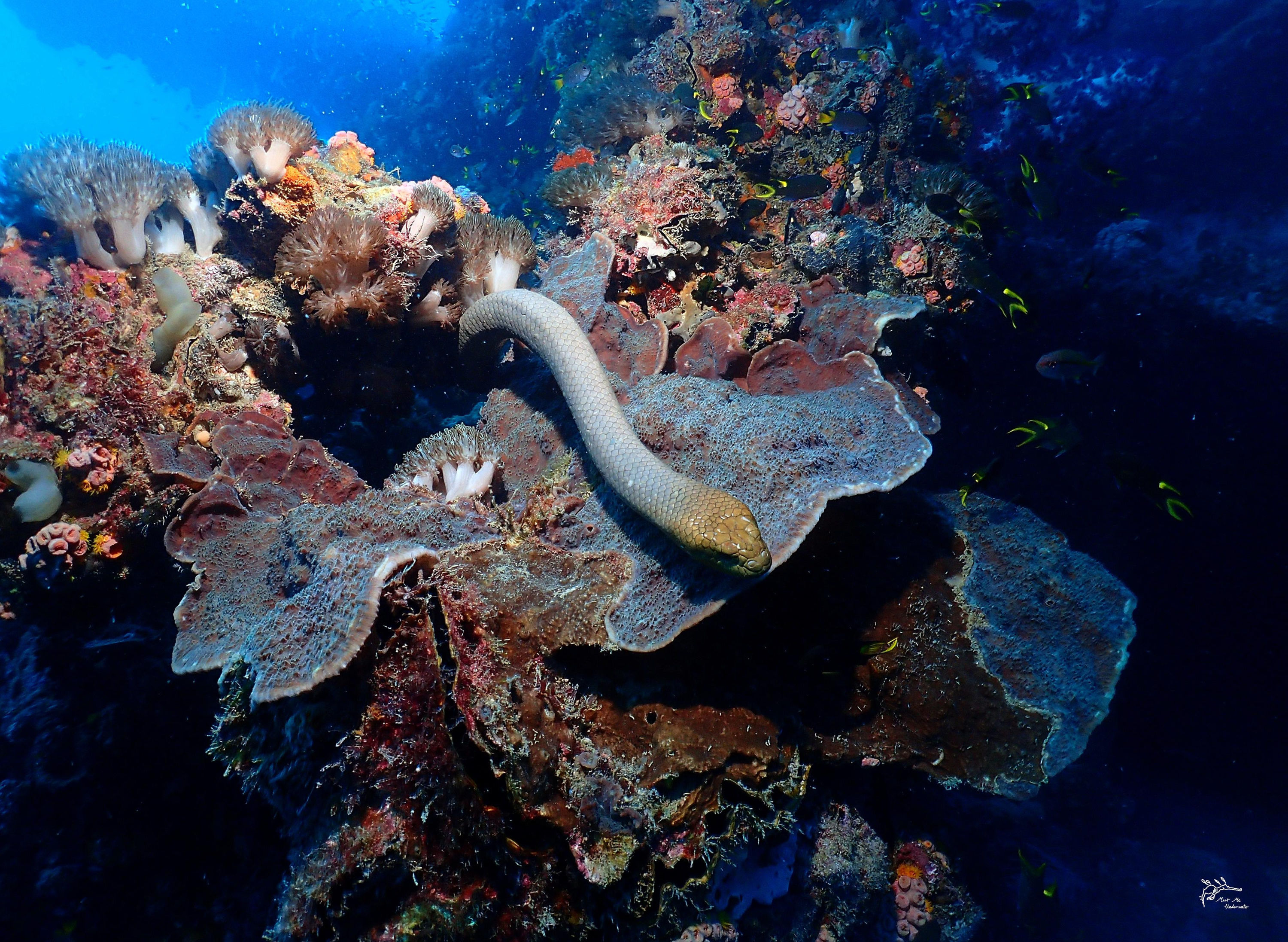 During the encounters, the snakes flicked their tongues, coiled themselves around a limb and even chased him underwater – which are typical behaviours associated with mating.

New research, published in the journal Scientific Reports, has found a link between mating season and interactions with divers – suggesting the male reptiles mistake the humans for a potential female mate.

Scientists said divers swimming away from the snakes "may inadvertently mimic the responses of female snakes to courtship, encouraging males to give chase".

The team of experts led by Richard Shine, a professor in the department of biological sciences at Macquarie University in Australia, analysed data collected on olive sea snake behaviour between 1994 and 1995.

The data was recorded by study co-author Tim Lynch after he kept having strange encounters with the creatures while diving in the Great Barrier Reef.

Researchers analysed 158 interactions between divers and sea snakes and found the flirtations were more common during the reptiles' mating season.

The sexually frustrated snakes, found in coastal waters off the northern half of Australia and southern New Guinea and in the Coral Sea, displayed behaviours which are often used during mating between the sea serpents.

But he said the males can't tell the difference between female snakes and scuba divers – which can lead to some comical interactions.

"Males coil around females during courtship, probably to hang on effectively while they get into position to mate," he said.

Researchers found males were significantly more likely than females to approach the diver and display mating behaviour – especially during the mating season.

Lynch, now a senior research scientist at CSIRO, Australia's national science agency, said male snakes often flicked their tongues out at him, but the most common behaviour was the males chasing Lynch when he swam away.

"It's clear that most approaches to divers were by males who had lost contact with the females they were pursuing. They frantically search for a female if they lose touch with her," Shine said.

Males are very aroused and active while looking for 'girlfriends'.

The scientists also suspect the sea snakes can't properly distinguish shapes underwater – so they rely more on scent to experience their world and need to get close to the object to identify it.

Lynch said it explains why the tongue flicking was a commonly observed behaviour during the interactions with divers.

"They can only really confirm that you are not a female snake by licking you," he told Live Science.

Olive sea snakes are highly poisonous creatures and are among the the largest marine snake species that mainly inhabit coral reefs, with adults potentially measuring more than six feet in length.

But Shine said there is no need to worry about being attacked while swimming with the creatures.

"Very few recreational users of the ocean are bitten by sea snakes, so the danger is low," Shine said.

"Most bites, including fatal ones, are to fishers who haul snakes out of the water." 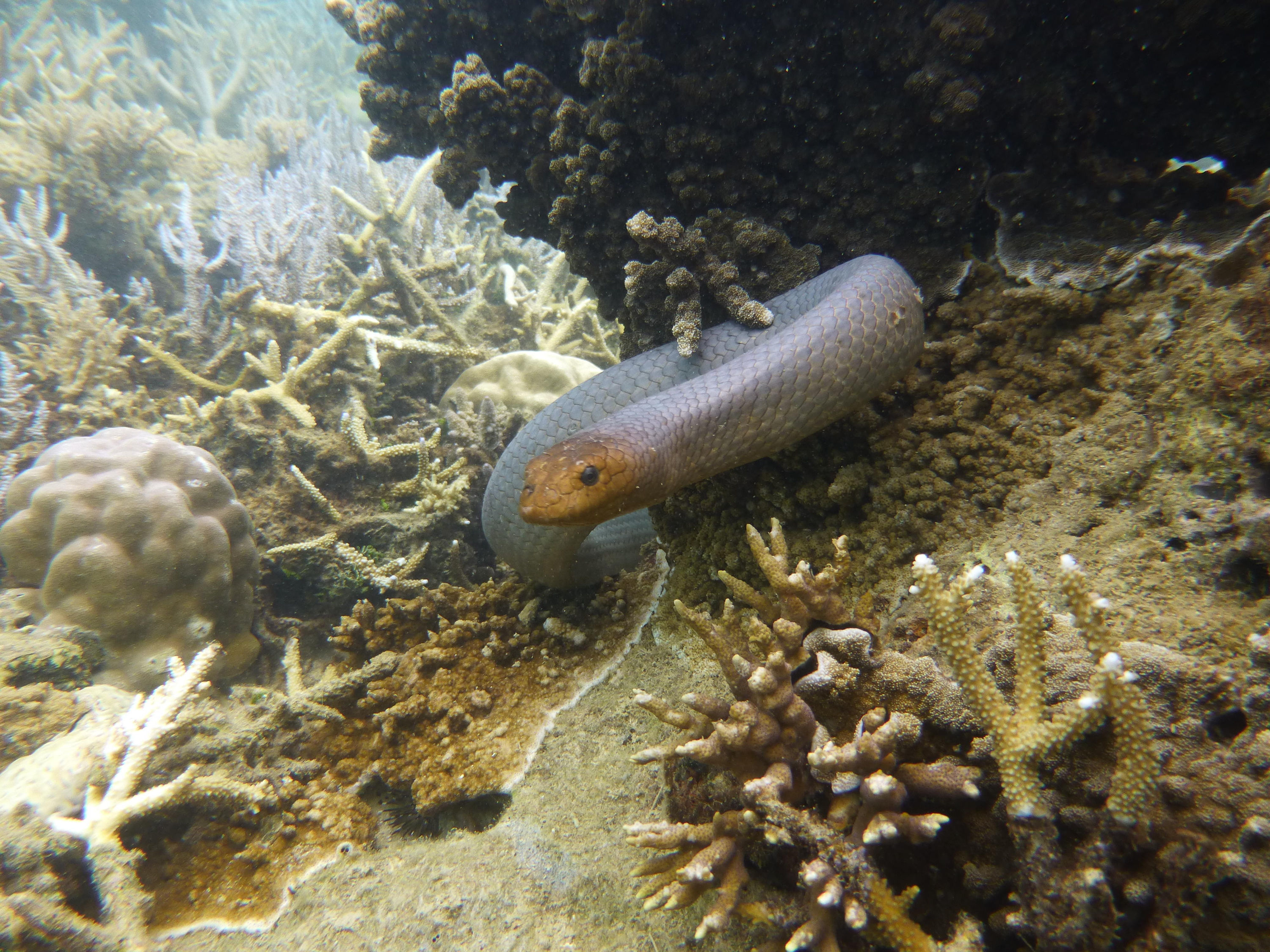