Life insurance may not be thought of as the hottest area for tech innovation, yet one ad executive is seeking to disrupt it.

Aaron Shapiro spent 13 years leading design and marketing agency Huge, working for big-name brands like Nike, Goldman Sachs, and CNN. But he said the clients that needed the most help were old-school life insurance providers.

Dayforward, the company Shapiro incorporated quietly in late 2019 and pitched to investors as the first DTC life insurance provider, announced a $20 million Series A funding round in December.

Shapiro said insurance companies are used to sealing deals with handshakes on golf courses but are "paralyzed" by a fear of change. After leaving Huge in 2018, he researched areas where he could make a societal impact and settled on life insurance, seeing how families without coverage can be economically devastated by an unexpected death.

Shapiro said the coronavirus pandemic disproportionately hurt low-income people, who are less likely to have coverage than wealthier people are, leaving them more at risk if a spouse or other family member dies. He saw an opportunity to make it easy for average people to get coverage online by cutting the brokers and agents out of the equation.

The company has been approved to sell its own policies in Texas by early 2021 and applied in several other states. Shapiro said Dayforward's focus is now defining itself as competition heats up from the likes of Bestow, a digital insurance agent, which recently raised $70 million and announced plans to acquire a third-party provider to sell plans online.

Below is Dayforward's fundraising deck.

Dayfoward's name is meant to convey a positive message, as in "from this day forward." 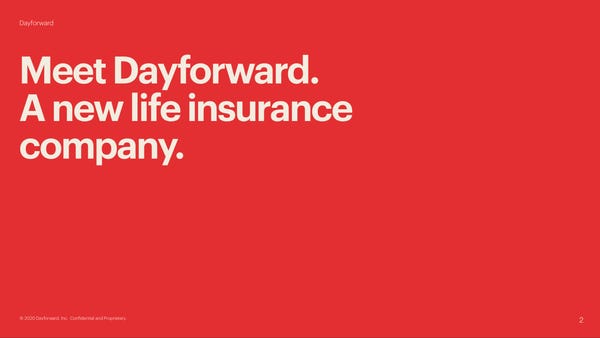 The company sees itself as a Casper for life insurance, catering to young adults who otherwise might not be interested in its products. 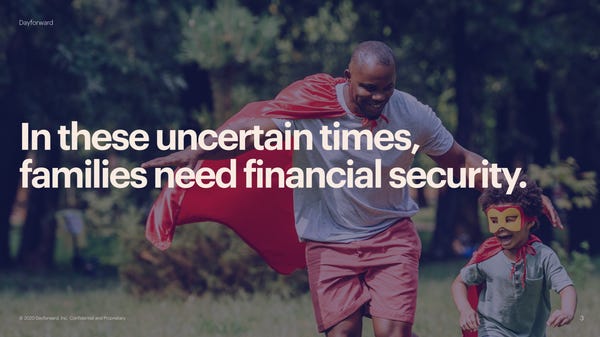 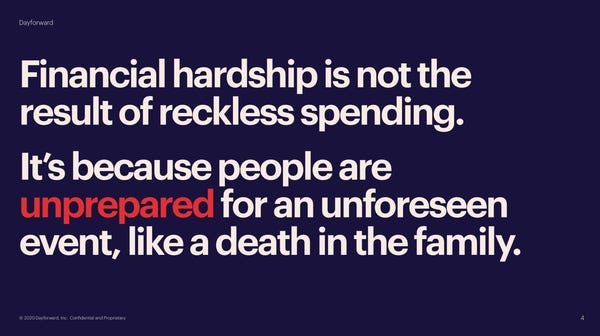 CEO Aaron Shapiro said he's still shocked by how many children lose a parent and the impact of the loss. 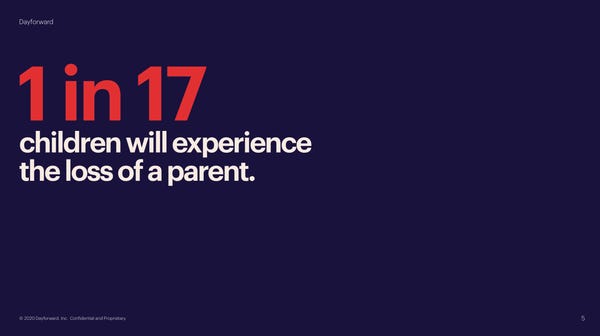 More people are uninsured, which Dayforward says shows the need for more coverage. 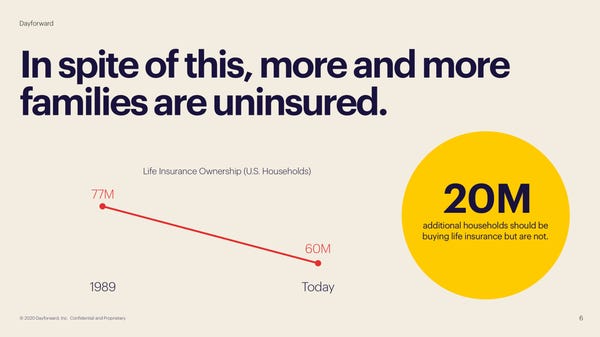 The company says policy holders may not realize how much coverage they need. 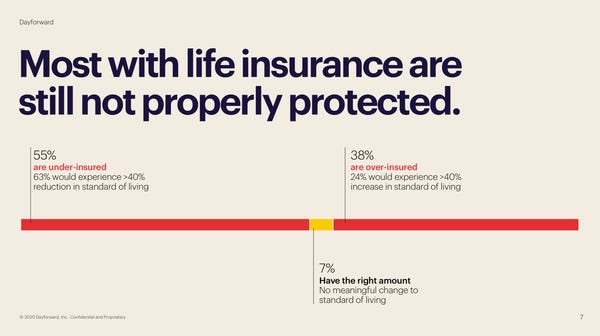 The company says the industry has not adapted to e-commerce. 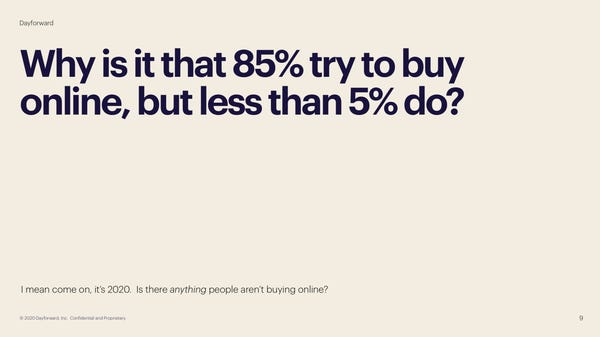 The company contends that most people don't understand how life insurance works or trust the process. 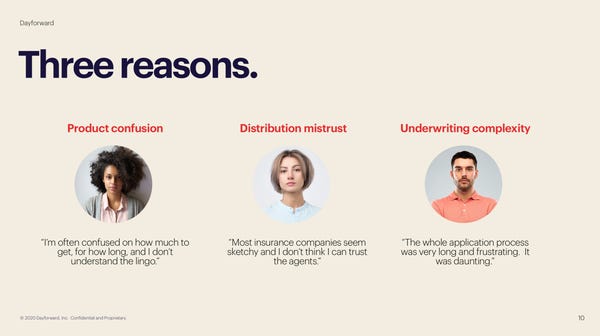 The company points to reasons that the industry hasn't evolved. 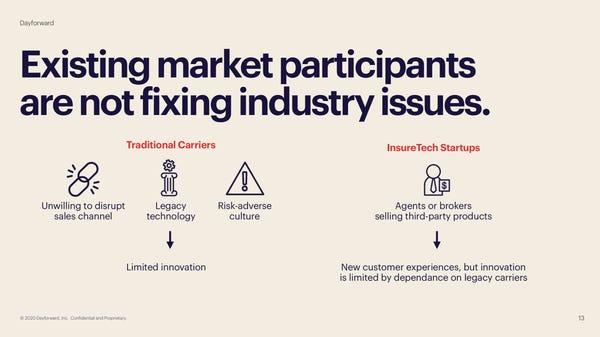 Dayforward says Munich Re's investment in the startup shows that the industry wants to evolve. 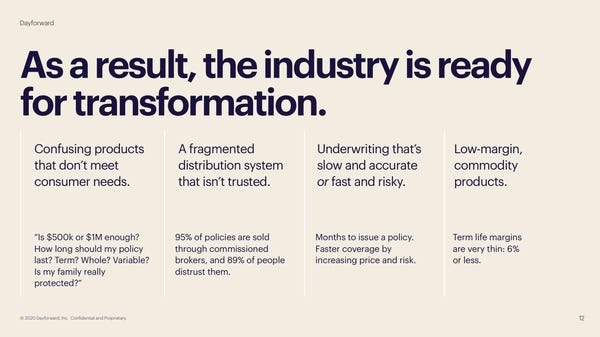 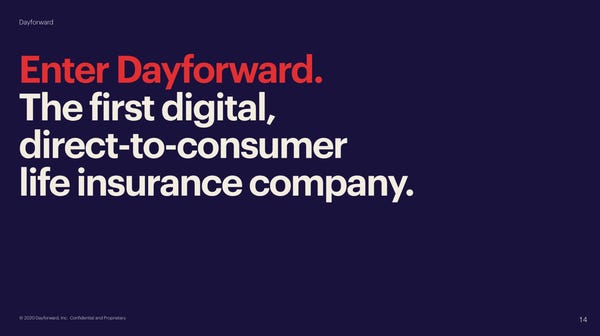 Dayforward plans to market itself state by state and develop new products along the way. 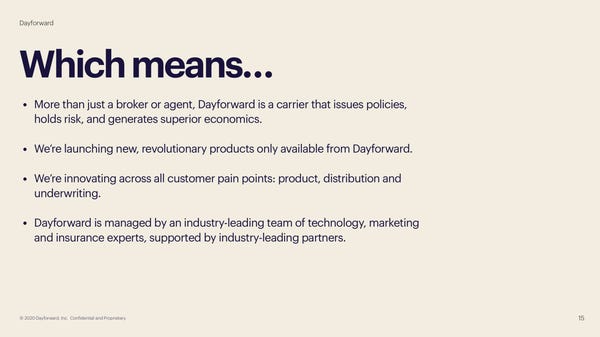 By removing the agent and broker, the company says it makes a complex process simple for consumers. 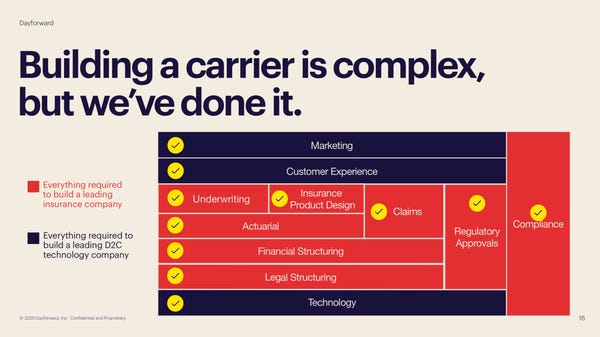 Dayforward claims it will let people buy policies online in minutes and get health tests at home if needed. 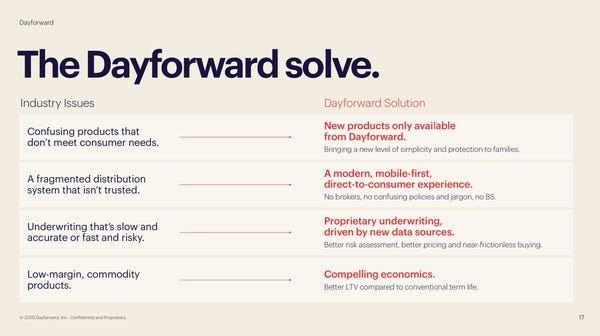 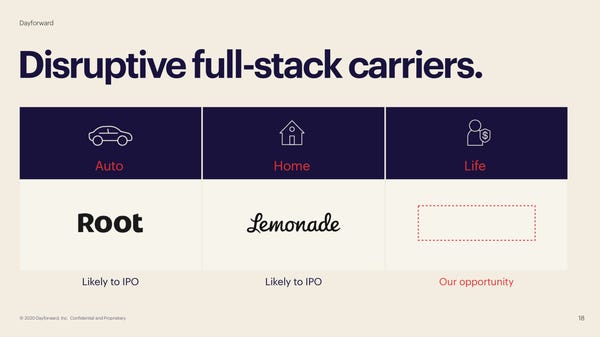 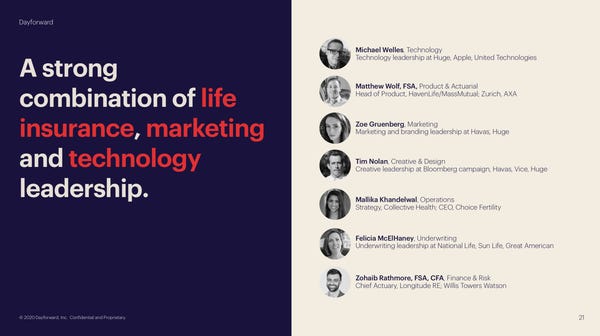 Its board includes execs from insurance giants like MassMutual who started as advisors. 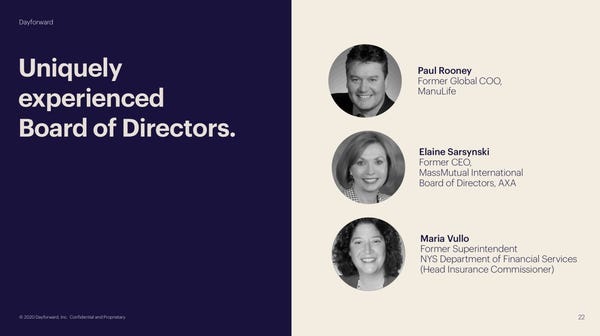