A BONKERS video showing a giant live beetle wrestling with a much larger robot one has gone viral online.

The brutal bout between insect and machine ended in victory for mother nature, with the real bug flipping its mechanical counterpart off of a makeshift battle ring. 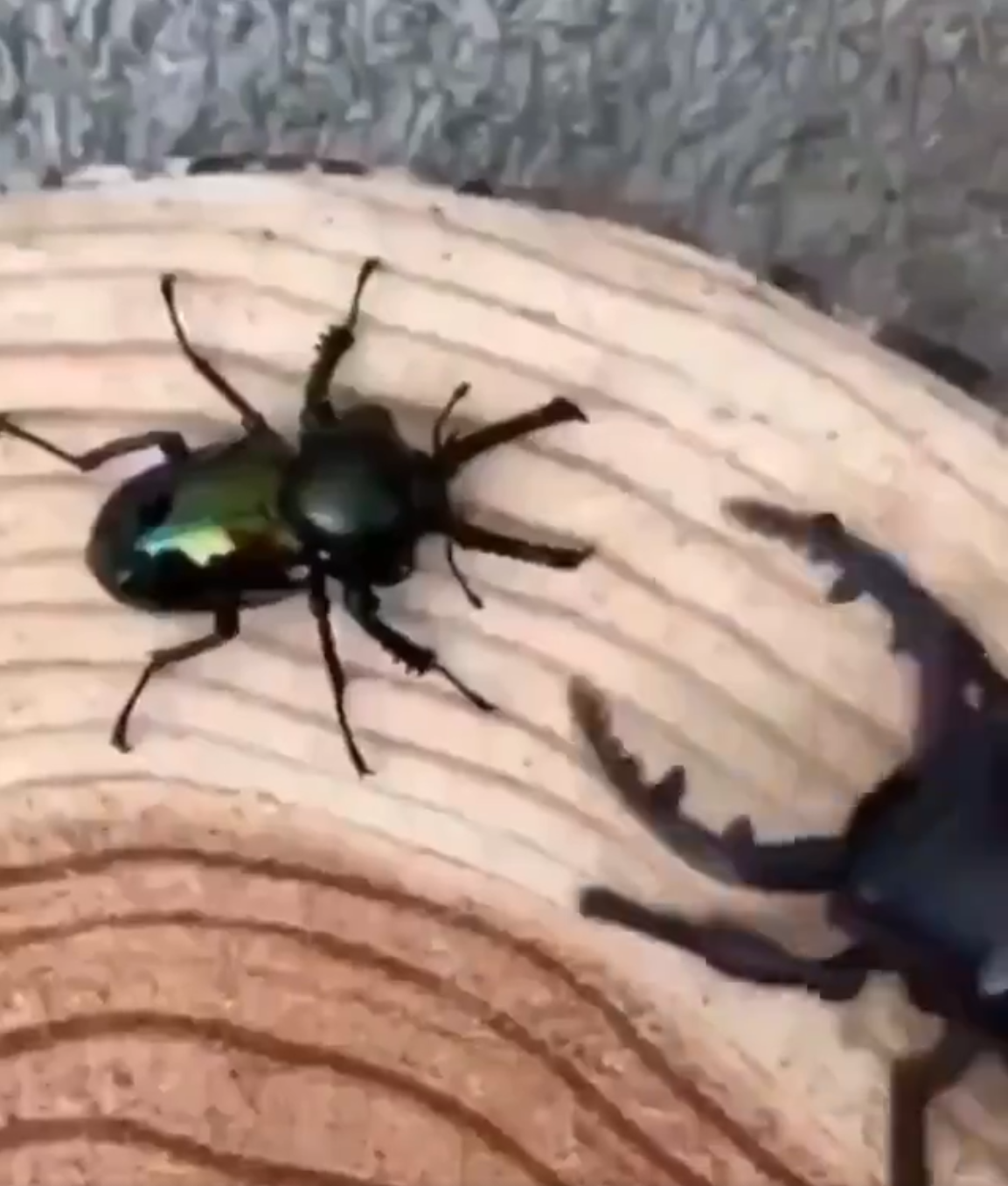 The fight took place on what appears to be a small, raised wooden stump, which the robot was flung from after a tense few seconds of grappling.

A 14-second clip of the brawl went viral on social media over the weekend.

"A powerful beetle battling its robot clone," Reddit user f-this-world wrote alongside an upload of the footage.

It's not clear who recorded or shared the original video, which appears to feature a stag beetle and a windup toy. 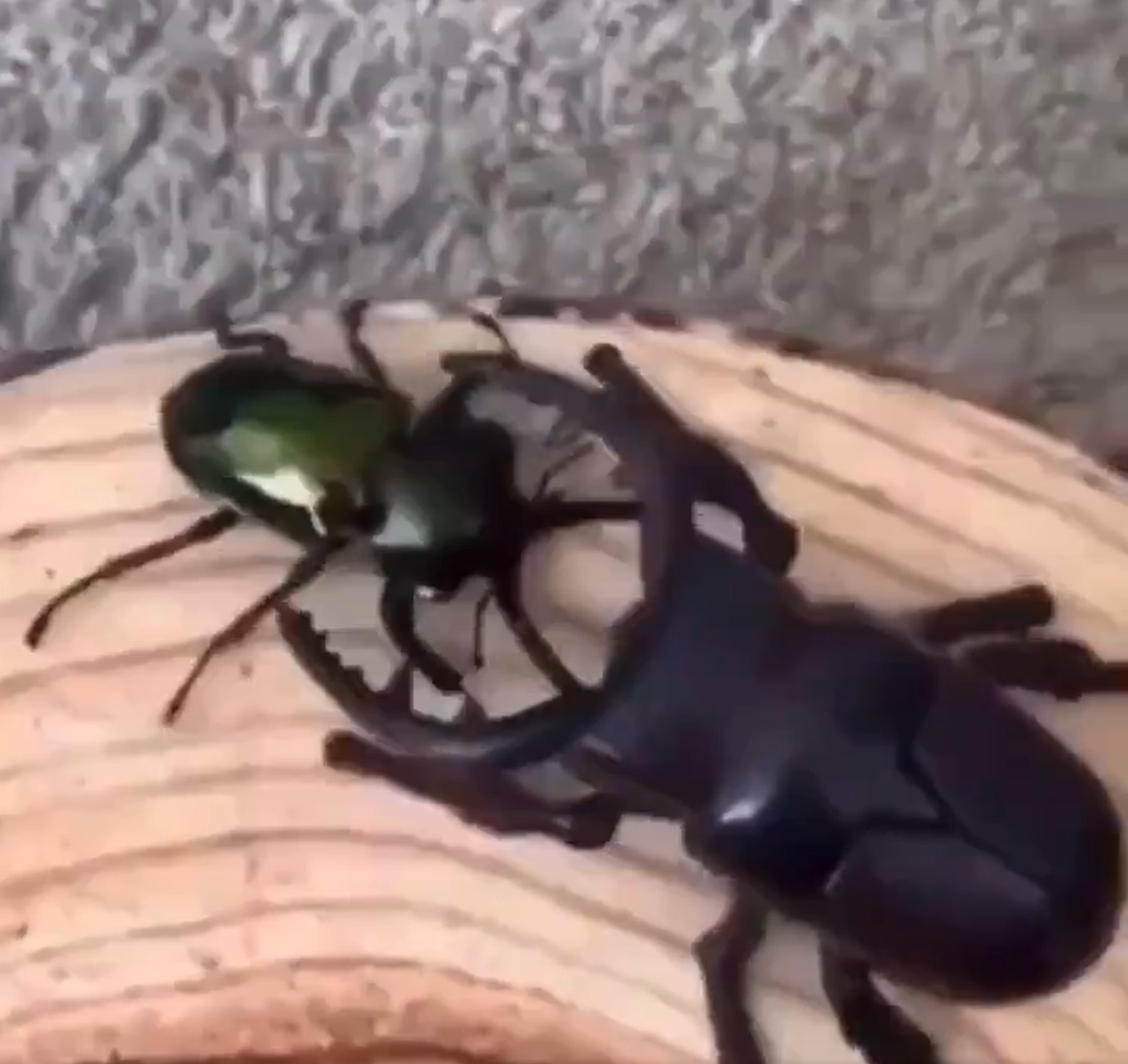 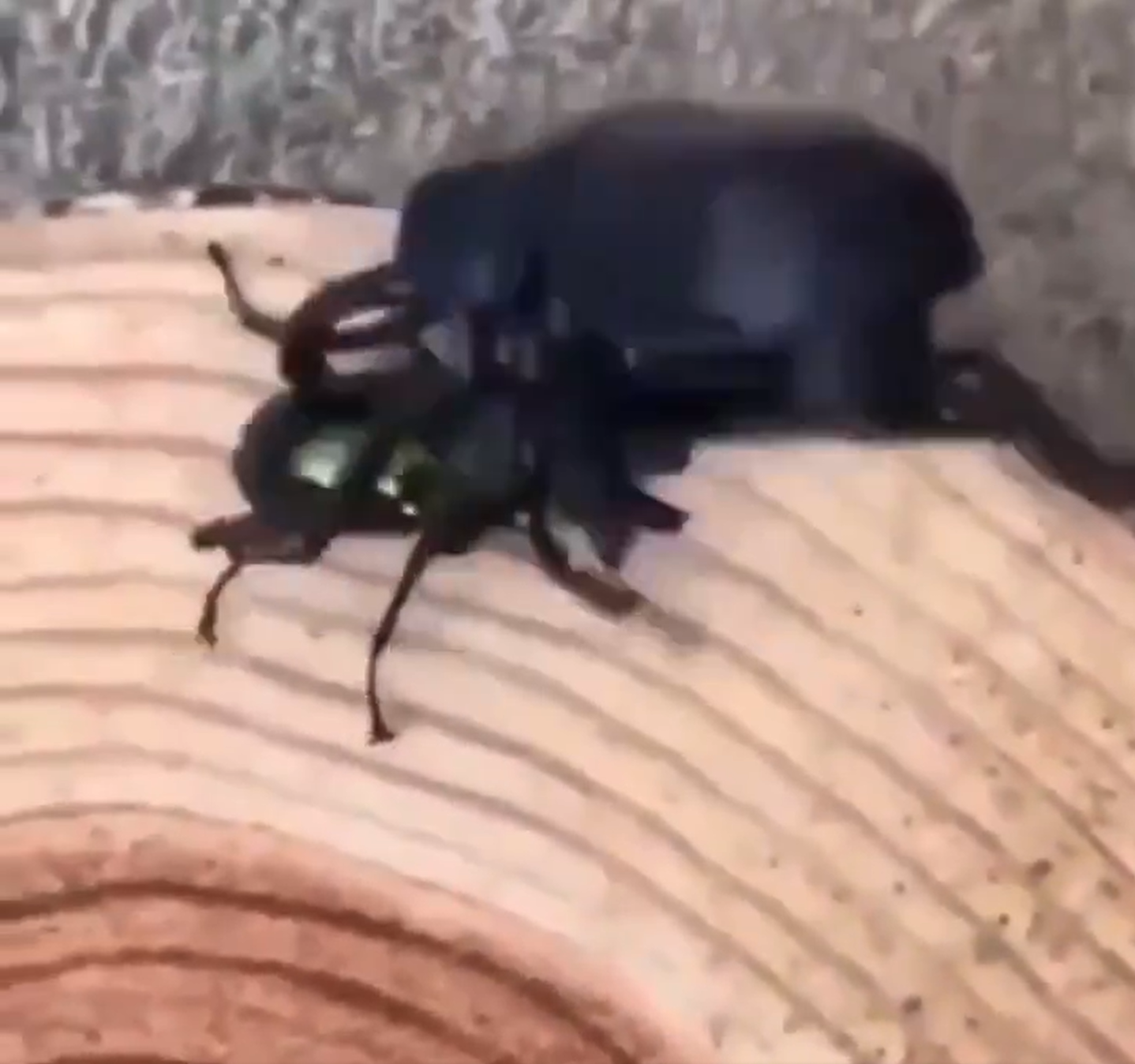 Stag beetles are named after their huge jaws, which look just like the antlers of a stag – and are similarly used to battle rivals.

Growing up to 12 centimetres long, they live throughout western Europe – including Britain – and are fiercely strong fighters.

Beetles typically use their jaws to lift an opponent up and flip them onto their back, a tactic on display in the robot battle video.

On Reddit, users reacted in awe and delight at the little beetle's seemingly unlikely victory. 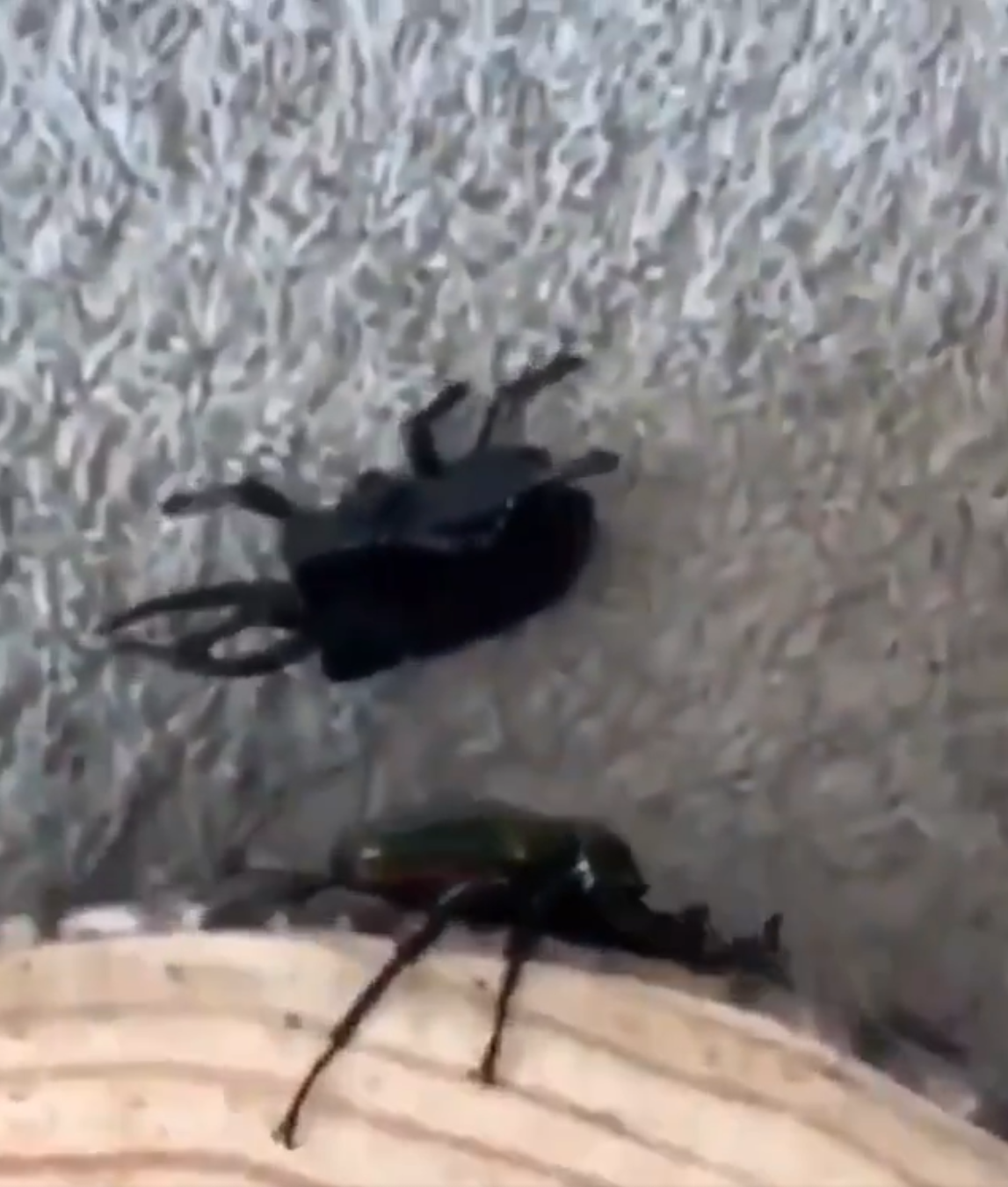 One commenter wrote: "Dang he's probably feeling so good about himself after taking down that behemoth. Maybe a little surprised at his own strength."

Other netizens suggested humanity get the beetles on their side when robots try to take over Earth.

"Honestly, I am so proud of stag beetle, and when the rebellion against our robot overlords begins I will be there fighting alongside our stag beetle allies," one Twitter user said.

In other news, a terrifying 18-metre-high robot was unveiled in Japan last month.

And, Facebook is teaming up with Ray-Ban to bring us its first pair of "smart glasses".

What do you think of the beetle fight? Let us know in the comments!