Reality check: Forrest had the job, now he has the title to match

Fortescue Metals’ organisational management diagram might resemble a bowl of spaghetti but one aspect is abundantly clear – Andrew Forrest is the person that all forelock-tugging staff need to attend.

He always has been.

The fact that Forrest has moved from Fortescue Metals’ chairman to its executive chairman is merely formalising the existing reality that Forrest runs the show. He hires people to deal with the details when it comes to strategy and capital allocation, but Fortescue is Forrest. 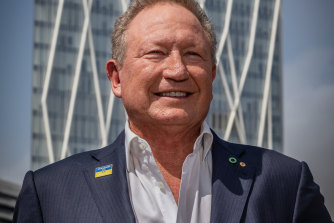 For governance and organisational sticklers, Fortescue has always been unconventional at best, renegade at worst.

The person that Fortescue finds to fill the shoes of its departing chief executive Elizabeth Gaines, won’t technically be the chief executive of the listed company because the most senior executive will be Forrest.

(That said Gaines and her predecessor Nev Power have both been very capable and steadying executives who dealt well with operational issues and the company’s various stakeholders including shareholders.)

FMG announced Gaines’ impending departure last December and she is due to leave the post in August but will remain on the board as a non-executive director. She has also been given the additional title of global brand ambassador for Fortescue’s renewables business, Fortescue Future Industries.

For the governance purists, the game of moving management pieces around on the Fortescue chessboard is another head-scratcher.

Forrest is stepping in to formally run the iron ore division in the interim, but clearly the company has found it difficult to attract a suitable replacement within an eight-month timetable.

Titles aside, the aim of the management shuffle Fortescue announced on Wednesday appears to be to more clearly delineate the two divisions that run under the company’s roof – the iron ore division and the renewables business.

Fortescue is beefing up the management of FFI with the appointment of former head of General Electric (GE) Europe, Mark Hutchinson. In yet another curious governance twist the current head of FFI Julie Shuttleworth is demoted to a yet-unnamed executive role.

To be fair, Shuttleworth’s pedigree is mining rather than renewables or decarbonising energy.

And Gaines, whose background is in finance, was put into the chief executive role at Fortescue before Forrest had elevated the renewables part of the business.

Another of Wednesday’s noteworthy announcements was the appointment of former AGL boss Andrew Vesey to FFI’s executive team.

Readers may remember Vesey was banished by the AGL board after a brawl with the federal Coalition over his plans to bring forward the closure of the Liddell coal power plant in defiance of then-prime minister Malcolm Turnbull. The government conflict was generating a bit too much heat for the AGL board.

In the sweetest turn of events, Vesey will now be working with Turnbull who is the chairman of FFI – demonstrating that shared ideology (with a bit of relationship management from Forrest) can patch up even a public and historic rift.

Forrest’s move to formalise his executive leadership of these siloed businesses inside Fortescue is probably necessary. FMG is a company with a split personality. Its successful mainstay iron ore operations fund its environmental disruption business. 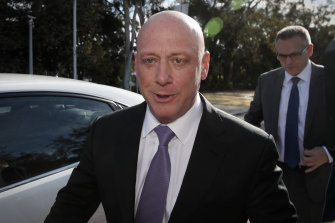 Most disruptor companies, like say Tesla or numerous tech operators, have investors with a particular appetite for future earnings growth and understand that current cash flows are reinvested for growth.

Those mature businesses like the traditional car companies that have needed to embrace battery technologies have been caught reconciling how to allocate capital between the dominant old business and the emerging/future business.

When housed together, there will always be a tension between the mature and the new (growth) business units.

Currently, FFI is funded using 10 per cent of the iron ore division’s profits. But as FFI projects firm up, there is likely to be further capital demands made by FFI and the lines between the two can be blurred.

How the company straddles the two? Leave that to Dr Forrest.