The chief executive of plumbing supplies business Reliance Worldwide has described the first half as a "tough" one, as the company downgraded its full-year profit guidance because of softness in the Australian and European markets. 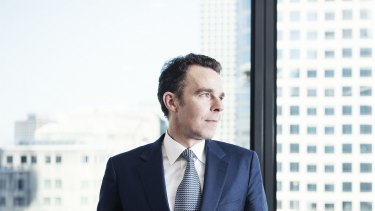 Reliance recorded an adjusted net profit of $63.7 million, which was below market expectations of a $69.3 million result.

"When you get to Australia and certainly UK and Europe, we think that softness in the market will continue in the second half," Mr Sharp said.

"By region, Australia is very definitely a construction related issue. Around about half of our business in Australia is exposed to the new construction cycle. So I think our result, which was up just a little bit, or flat to up, is a pretty good result in light of the Australian market," he said.

Mr Sharp said "Europe was soft as well, frankly quite a bit softer than what we expected and that was a pretty painful area".

Reliance said new housing starts in Australia were down 22 per cent in the year to the end of 2019. About half of Reliance's external net sales are in the new residential construction market.

Reliance shares plunged in response to the earnings downgrade and result release, closing down 26.5 per cent at $3.42 and wiping $972 million off its market capitalisation. Reliance shares recorded the biggest percentage decline of any S&P ASX200 stock on Monday.

Reliance manufactures pipes, fittings, valves and other plumbing supplies. The company has key manufacturing operations in Australia and the US and makes about 70 to 75 per cent of what it sells.