The fate of the country is resting in the hands of the Georgia Senate runoff elections, according to Rep. Doug Collins, R-Ga., who said Democratic Senate candidate Rev. Raphael Warnock has failed to uphold the values of his home state.

"The things that he’s been spatting down here are not consistent with Georgia values," Collins told "Hannity," before taking a shot at the other Democrat in the state's runoffs. "Jon Ossoff is just an unknown candidate who has too many ties to the Chinese Communist Party and the liberal left."

Collins, a former pastor, said he’s not sure Georgians will align with Warnock’s identity as a pro-choice theologian.

Collins expressed that since the results on Jan. 5 will be leaving a lot at stake for both parties, the races aren’t only concerning the state of Georgia, but the entire country. 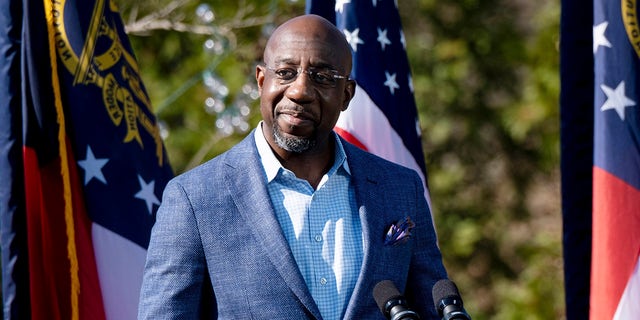 Republican candidates Loeffler and Perdue will continue a conservative curve in the Senate, Collins said, while "radical liberals" Warnock and Ossoff have been disconnected from Georgia's needs, he argued.

"This is a big-time election and it’s got to be carried out," he said.

For their part, Warnock and Ossoff have made similar claims that Loeffler and Perdue are wrong for the state and the country.

Collins urged all voters, especially Republicans, to show up and vote. He warned conservatives to "not allow the Democrats to outwork you."

He concluded, "If you’re a Trump voter in Georgia, you have an obligation to get out and vote for Kelly Loeffler and David Perdue," he said.

Related posts:
Hot News
side effects of cytotec
nitroglycerin pill effects of
where to buy cheap desyrel paypal payment without prescription
generic flomax australia no prescription
how to buy herbal soma coupons no prescription
buy online norvasc overnight shipping no prescription
there generic drug cymbalta
Recent Posts
This website uses cookies to improve your user experience and to provide you with advertisements that are relevant to your interests. By continuing to browse the site you are agreeing to our use of cookies.Ok