Republican states are planning an all-out assault on woke banks: 'We won’t do business with you'

West Virginia announced last week it would bar five major financial institutions, including BlackRock, Goldman Sachs and JPMorgan, from entering into banking contracts with the state treasurer's office or any state agency. Each of the five corporations had committed to policies limiting commercial engagement with the fossil fuel industry which paid a whopping $769 million in taxes to West Virginia's state government.

"We're not going to pay for our own destruction, we're not going to subsidize that," West Virginia State Treasurer Riley Moore told FOX Business during an interview. "They have weaponized our tax dollars against the very people and industry that have generated them to begin with. That is why we're pushing back against this ESG movement."

He noted that U.S. Bancorp backed off its prohibition of fossil fuel lending and was, as a result, kept off the state's restricted list of financial institutions.

Moore's action, a first-of-its-kind response to major banks' ESG push, is likely to be the first of many similar actions nationwide. At least 15 Republican-led states, which collectively manage tens of billions of dollars in public funds, have proposed laws or policies that would similarly punish anti-fossil fuel banks over the last year, according to a FOX Business analysis. 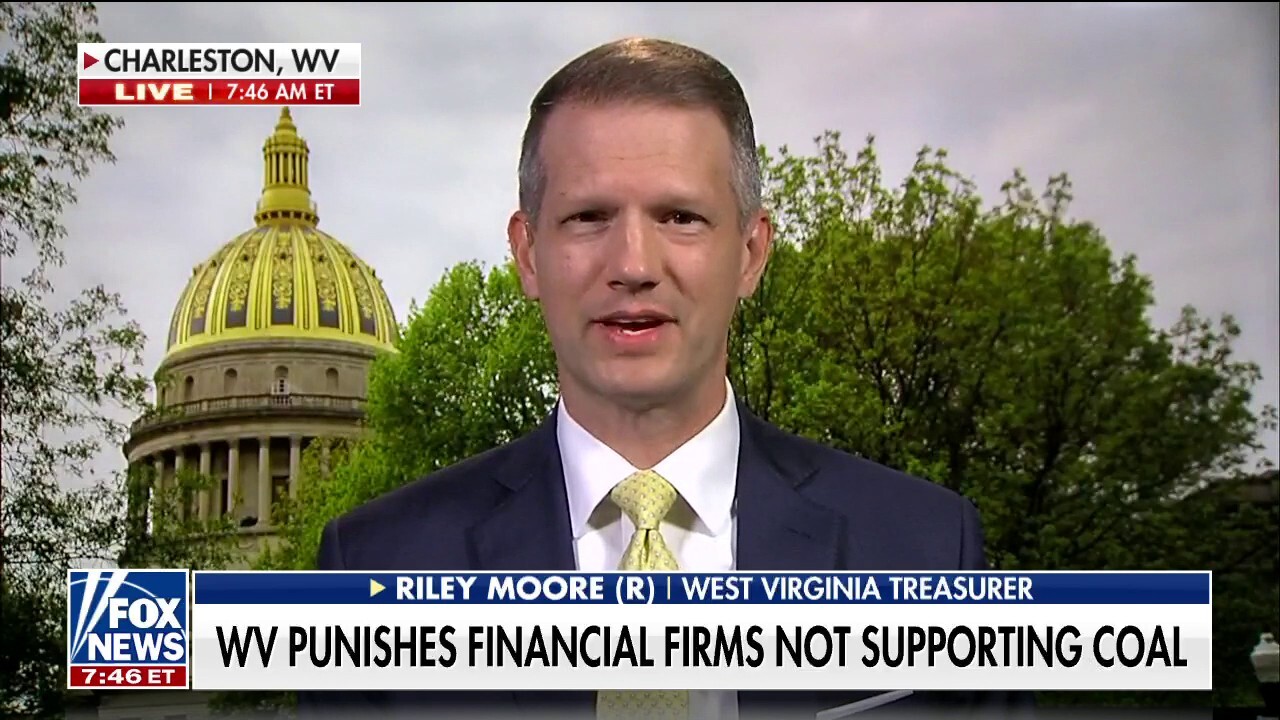 West Virginia treasurer slams banks standing against coal: ‘This is what powers the country’

"We've really seen, frankly, a weaponization of capital by some of the largest banks and fund managers in the world," Derek Kreifels, the CEO of the State Financial Officers Foundation (SFOF), told FOX Business. "If you want to make social change in this country, we have a democratic process that you should utilize to get that done."

The SFOF has assembled a "NATO-like alliance" of state treasurers and financial officers who are committed to forwarding free market policies, Kreifels added. The group and its members have focused in particular on ESG issues in recent months, confronting the federal government, banks and S&P Global, a credit rating agency that assigns ESG scores.

A dozen state financial officers contacted by FOX Business applauded West Virginia's restriction of banks and confirmed they were crafting their own response to "woke banks."

"The agency is continuing to work through the information we have received back from the companies we contacted for more information as well as finalizing our process for identifying suitable candidates for the Texas list," a spokesperson for Texas Comptroller Glenn Hegar said in an email.

Hegar is assembling a list like West Virginia's in accordance with a bill the Texas legislature passed last year. As part of the effort, Hegar sent letters to 19 financial institutions in March asking for clarification on their fossil fuel investment policies. 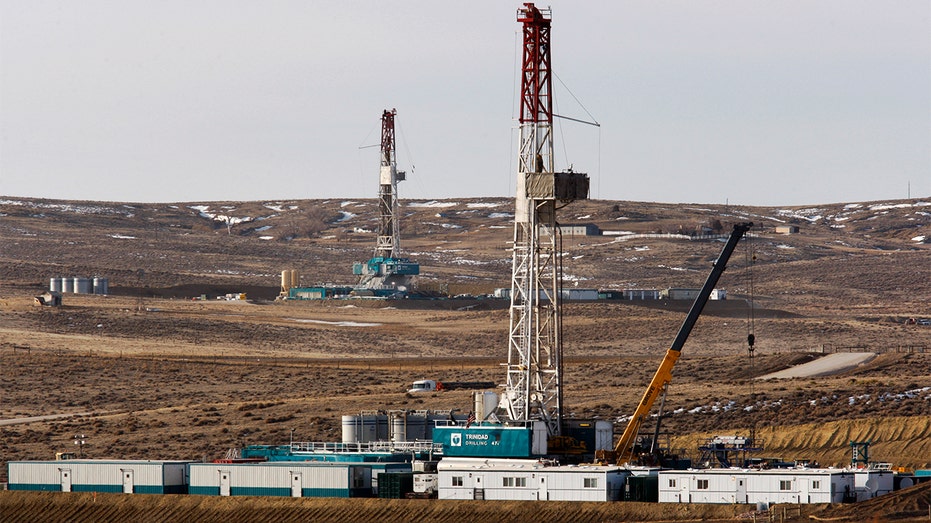 Drilling rigs are seen off of Way Highway 59 outside of Douglas, Wyoming. (Leah Millis/The Casper Star-Tribune via AP, File)

"These industries are economically integral to Kentucky," a spokesperson for Kentucky State Treasurer Allison Ball told FOX Business. "They provide jobs for Kentuckians, fuel commutes and the supply chain, and keep the lights on. We want to support these signature industries."

"For years now, the cult of ESG economic activists has been working overtime to infuse unwanted, woke ideology into the American economic system because they know their social policies wouldn’t pass the sniff test from voters," Florida Chief Financial Officer Jimmy Patronis said on July 27. "It’s anti-American, anti-freedom, a deliberate attempt to subvert our democracy and not in the best interest of Florida businesses, retirees, or investors." 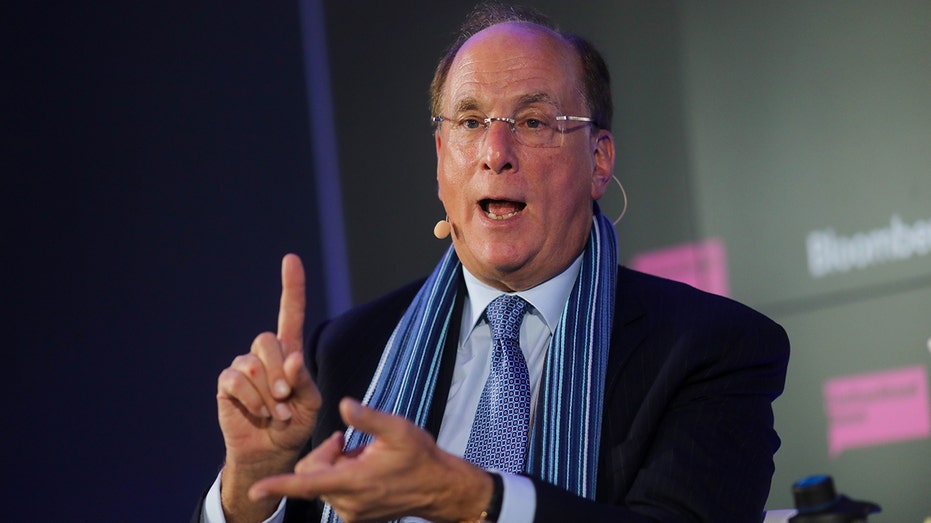 South Carolina State Treasurer Curtis Loftis told FOX Business that he has put banks on notice that he opposes ESG standards. He noted that his office is taking related measures that will be announced "in due course."

"I represent the citizens of the Palmetto State, not those of out-of-state or international activists and institutions," Loftis said. "I will not allow these wealthy and powerful elites to supplant the voices of our citizens and the decisions of their elected representatives."

Arizona State Treasurer Kimberly Yee added that her office would determine future partnerships based on whether companies "stand for American values," not the ESG rating system. She blamed higher prices at the pump and broader inflation on the Biden administration's "ESG agenda."

Louisiana State Treasurer John Schroder said that he would work with the state's legislature to ensure banks whose policies are detrimental to Louisiana "are eliminated from business opportunities in our state."

"Treasurer Ellsworth believes that Idaho’s fiduciary duty is to the shareholder and not unelected stakeholders who pressure financial institutions to reduce lending to who they deem is a disfavored company or state through use of ESG criteria," a spokesperson for Idaho State Treasurer Julie Ellsworth told FOX Business.

"Idaho stands firm in protecting all our industries including our diverse natural resource companies," the spokesperson continued.