The world’s top iron ore producer surprised investors on Wednesday when it delivered the biggest dividend in its history – $US5.57 a share – on the back of a stunning rally in iron ore prices since last year. Rio’s underlying profit rose by a better-than-expected 20 per cent to $US12.4 billion ($16 billion). 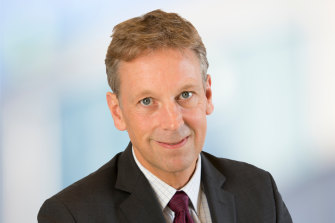 Mr Stausholm said it had been an “extraordinary year” for Rio but a “year of extremes”. “Our successful response to the COVID-19 pandemic and strong safety performance were overshadowed by the tragic events at the Juukan Gorge, which should never have happened,” he said.

Rio Tinto faced an intense public and political backlash last year after deciding to blow up the 46,000-year-old rock shelters at WA’s Juukan Gorge which went against the wishes of the land’s traditional owners, prompted a federal inquiry and led to the resignation of former chief executive Jean-Sebastien Jacques. Mr Stausholm said restoring trust was one of his top priorities and he had recently travelled to the Pilbara to meet with the Puutu Kunti Kurrama and Pinikura (PKKP) people, who were left devastated by the site’s destruction, and “express my deep regret about the damage we caused”.

In one of his first major policy shifts as CEO, Mr Stausholm on Wednesday said Rio would adopt goals to reduce the emissions intensity of customers like the Chinese steel mills that use its most valuable commodity, iron ore.

The change comes after the company has for years opposed shareholder and activist pressure to take account for customers’ indirect emissions, known as “Scope 3” emissions, which are vastly greater than those caused by Rio’s direct operations. Mr Stausholm also pledged to hold a shareholder vote on climate change disclosures next year,

“We are all learning on the journey of climate change,” Mr Stausholm said. “This is a real shift, but it’s also a natural development – you start with your own emissions and you expand from there.”

Steel mills in China are by far the biggest consumers of Australian iron ore, which is combined with coals in huge blast furnaces heated at more than 1000 degrees to churn out liquid steel.

While Rio no longer sells coal, the massive amount of carbon dioxide emitted in the steel-making process accounts for the bulk of Rio’s Scope 3 footprint and poses a deepening challenge for the company amid growing pressure from investors and world governments to slow climate change.

Among Rio’s new climate goals are to partner with steel-makers on delivering technologies to cut their carbon intensity by 30 per cent from 2030 and to develop carbon-neutral steel-making technologies from 2050. Emissions intensity refers to the amount of carbon emitted for every tonne of steel produced.

However, the goals disappointed climate-focused shareholder activists Market Forces. The group’s director, Julien Vincent, said Rio’s direct emissions targets of 15 per cent by 2030 was “not even a third” of what was needed in order to achieve the goals of the Paris climate agreement, while the commitment on Scope 3 reductions was not concrete enough and lacked detail.

“These are all absolutely things that should happen, decarbonising the steel sector is absolutely necessary,” he said. “But it’s difficult to know that you are acting in a sufficiently ambitious way when you haven’t clarified what you are aiming for, and, meanwhile, they are still sitting there with a Scope 3 carbon footprint that’s as big as Australia’s emissions.”

The commitment for a shareholder vote on climate change in 2022 was welcomed by Rio investor AustralianSuper as a “strong statement of support for engagement on key climate change issues”.